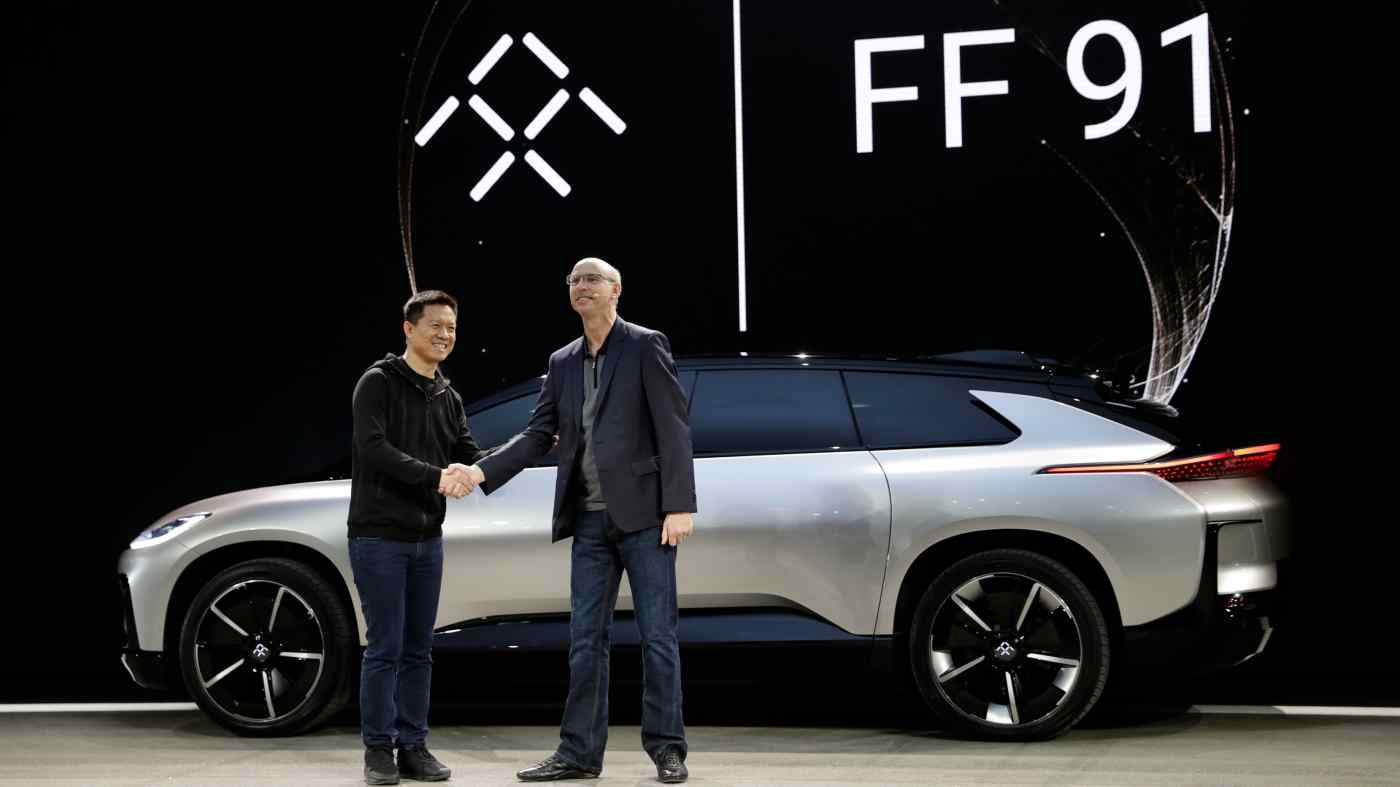 HONG KONG -- Jia Yueting, founder of formerly highflying technology conglomerate LeEco Holdings, has been fined $36.81 million by Chinese regulators over false and inadequate financial disclosures in the 2010 IPO of its video streaming unit in Shenzhen and other fundraisings.

The fine comes as Faraday Future, a California-based electric vehicle maker that was backed by Jia and LeEco, is in the midst of a $1 billion deal to list on the Nasdaq Stock Market through a merger with a special purpose acquisition company (SPAC) called Property Solutions Acquisition Corp.

Jia has been based in the U.S. since 2017 when he fled Chinese creditors as financial strains emerged at LeEco, also known as LeTV. Jia stepped down as Faraday's chief executive in 2019 when he filed for personal bankruptcy in the U.S. to restructure some $2 billion in debt.

He received a lifetime ban then on accepting any senior roles at a Chinese listed company. Leshi Internet Information & Technology, the group's streaming unit, was ejected from the Shenzhen Stock Exchange last July.

Jia remains a partner as well as chief product and user ecosystem officer at Faraday, whose top shareholder is now Hong Kong-listed Evergrande New Energy Vehicle Group. Despite the troubled background, Faraday has been in talks with a Chinese municipal government and automaker Zhejiang Geely Holding Group on setting up a new joint venture.

Jia's latest penalties came to light in a disclosure filed by Leshi on Monday evening about the findings of an investigation by the Beijing branch of the China Securities Regulatory Commission. It said the agency had concluded that the company's 2007-2016 financial reports, used as the basis for its IPO on Shenzhen's ChiNext board and a 4.8 billion yuan private placement in 2016, were fraudulent.

In a separate notice on its own website, the CSRC said that Leshi's revenues and profits had been inflated through fabricated deals with private companies controlled by Jia. It announced that Jia would be barred for life from any kind of activity or involvement in China's securities market.

In addition to the 241.2 million yuan fine on Jia, the CSRC set a 240.6 million yuan penalty on Leshi, also known as Le.com. Thirteen executives, including Jia's brother Jia Yuemin, received fines of between 30,000 yuan and 600,000 yuan.

A sister was also criticized in a finding that she and Jia had made misleading and inadequate disclosures around an announced plan to sell Leshi shares and lend the proceeds to the company. According to the regulator, the duo actually siphoned away cash from the company soon after they lent their funds.

The CSRC also faulted Leshi's disclosures regarding related-party transactions and loan guarantees provided to other companies, including parent LeEco. Leshi creditors protested outside a shareholder meeting in Beijing in 2017 to demand payment as the company's finances came under strain.    © AP

Leshi, established in 2004, was once one of China's fastest-growing startups as its aggressive spending on streaming rights for major sporting events helped draw many young viewers. Parent LeEco's branded smart TVs and smartphones were a short-lived hit around 2015 but helped take the company deeply into debt, alongside its investments in Faraday and other carmaking ventures.

According to a U.S. filing by Faraday in January, Jia's personal financial obligations are "resolved and his creditors have converted to equity" as part of his U.S. bankruptcy case.

Faraday noted Jia had been blacklisted and penalized in China over his unpaid debts there as well as in relation to the Leshi investigation, warning it could not assure potential U.S. investors his situation "would not adversely affect our business, prospects, brand, financial condition and results of operations."

As "Jia is closely associated with the image and brand" of Faraday, anything affecting his reputation and public perceptions of his role and influence in the company "may shape Faraday Future's brand and ability to do business," it said.

Requests for comment from Jia and Faraday on how the new penalties will be paid and their impact were not answered by the time of publication. The CSRC said Jia, Leshi and others penalized would have 60 days to appeal and that Jia had made a submission as part of the agency's investigation.