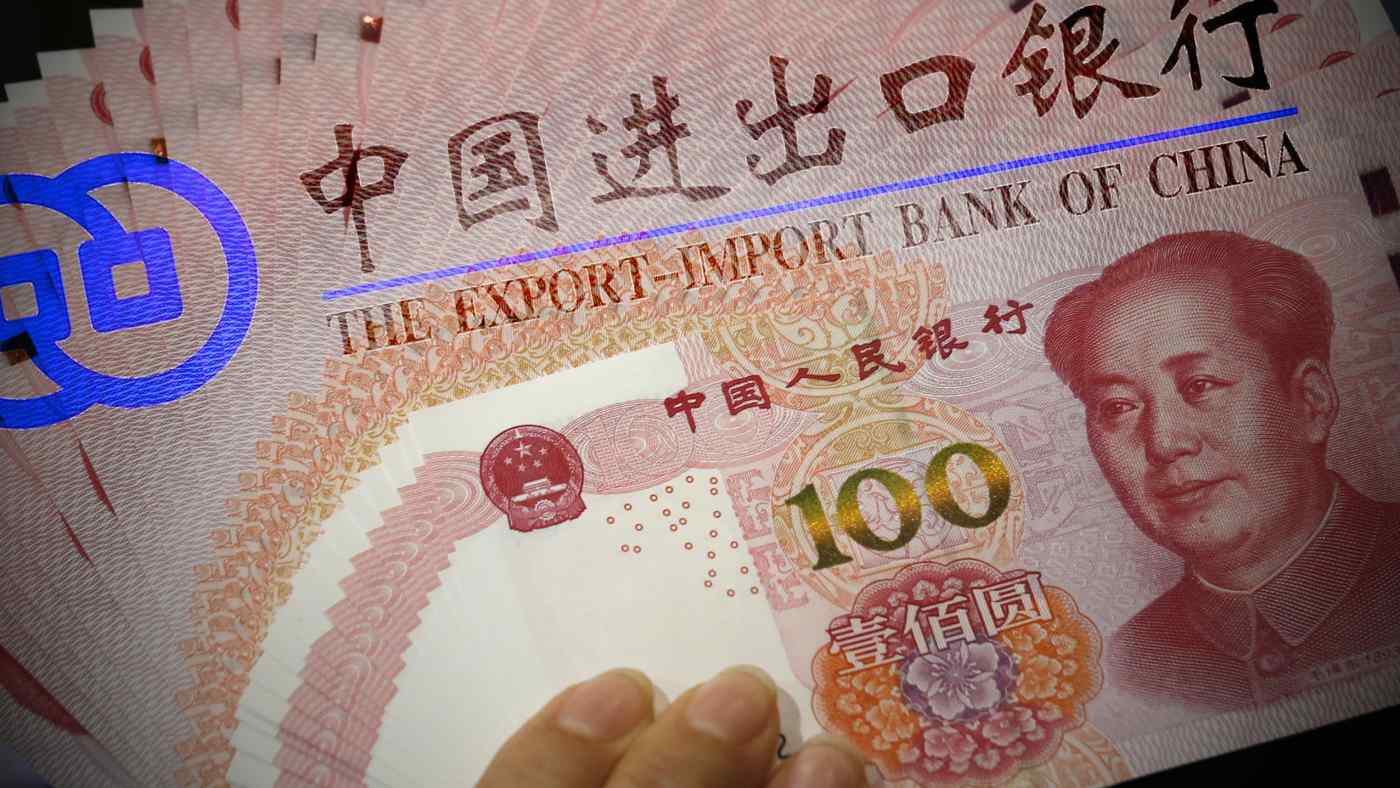 HONG KONG -- Global investors are warming to Chinese bonds after a temporary sell-off and are looking at safer alternatives beyond sovereign debt to tap higher yields and boost returns.

Attracting increasing attention are bonds issued by Chinese "policy banks," which channel public funds to areas such as trade, infrastructure and agriculture. The banks in question -- China Development Bank, the Agricultural Development Bank of China and the Export-Import Bank of China -- are state-owned and viewed as offering a quasi-sovereign low level of risk, while still offering higher yields than bonds issued directly by the Chinese government.

Several fund managers told Nikkei Asia that they believe foreign ownership of China policy bank bonds will double in the next few years, having topped 1 trillion yuan ($156 billion) for the first time in April.

"Foreign investors are now comfortable with Chinese government bonds and are now creeping down the curve to policy bank bonds. It is an evolution of the risk appetite," said Jason Pang, a Hong Kong-based portfolio manager at J.P. Morgan Asset Management.

Global investors are expected to boost their holdings in China's bond market, the world's second-largest, as the nation opens up and it is added to more global bond indices. China's inclusion in the FTSE World Government Bond Index, set to begin from October, is alone set to drive as much as $150 billion in passive money flows, according to analysts.

Yields on bonds from the policy banks are higher by another 50-60 basis points, despite a similar credit rating of A1 or A+ from international credit rating agencies. They "offer a free lunch for investors due to the yield pick-up," said Yii Hui Wong a senior portfolio manager at Nikko Asset Management. Chinese debt has been in focus over recent months after a spate of defaults by state-run companies since late last year. China Huarong Asset Management, the nation's largest bad debt manager and majority-owned by the finance ministry, is the latest to cause alarm. The company failed to file its annual earnings on time and is said to be leaning on state-run banks to meet bond maturity, though it has not defaulted yet.

Investors still prefer corporate bonds issued in the offshore market, since they tend to be more liquid than their onshore counterparts and have credit ratings issued by the likes of S&P Global Ratings and Moody's Investors Service.

Even though they are onshore, policy bank bonds are seen as less risky than corporate debt. "A key differentiator for policy bank bonds is that they tend to carry the same risk profile as China government bonds," said Pang. "This makes them quite distinct versus other state-owned-enterprise bonds. As a result, we don't see a lot of market pricing impact related to Huarong."

Overseas investors resumed net purchases of Chinese bonds in April after a surprise drop in March. The decline -- the first monthly net fall since February 2019 -- came as Chinese bonds' yield premium over U.S. Treasuries narrowed, while the country also damped appetite by announcing plans for more debt sales than expected.

Investors returned after spreads widened by as much as 19 basis points in April and the yuan notched up its longest winning streak against the U.S. dollar in seven months.

Foreign holdings of Chinese government bonds rose 2.5% from the previous month to a record 2.096 trillion yuan at the end of April, according to data from China Central Depository & Clearing Co. Foreign ownership of government bonds has doubled in the past two years.

Global investors now own 10% of Chinese government bonds compared with 4% of debt issued by policy banks, according to data from CCDC. This is seen rising to 15% and 10% respectively in the next three years by investors, including J.P. Morgan Asset Management. 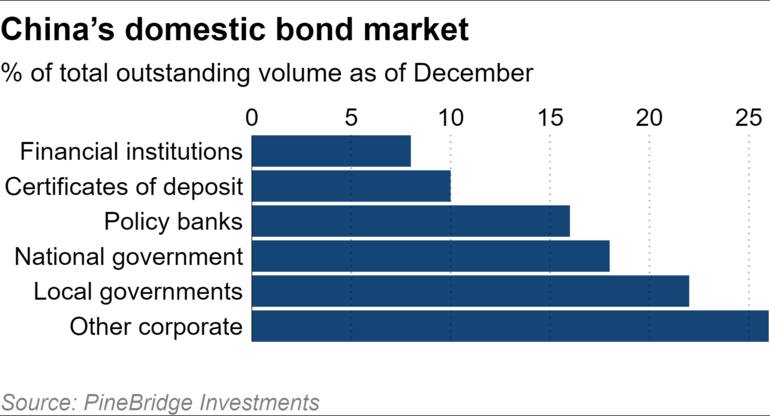 "We like high-quality, government-owned policy bank bonds," said Arthur Lau, head of fixed income in Asia-ex Japan at PineBridge. A combination of central government bonds and policy bank bonds "is the way to go, especially for investors who are not familiar with this market," Lau said.

Chinese government bonds and policy bank bonds together account for a third of the $18 trillion yuan-denominated onshore bond market. Local government bonds make up a fifth, with the rest coming from certificates of deposits and corporate credit, according to data compiled by PineBridge.

The nation's equity market, which fell into correction territory in March amid concerns of monetary tightening, rising global inflation and a regulatory crackdown on technology stocks, has witnessed foreign buying once again.

On Tuesday, overseas investors net bought a record 21.7 billion yuan worth of yuan-denominated shares listed in China via the stock connect scheme that links Hong Kong with mainland exchanges.

The CSI 300 Index, which tracks the largest listed shares in Shanghai and Shenzhen, has risen 5.3% since March 31 and notched the biggest rise in nearly a year on Tuesday.