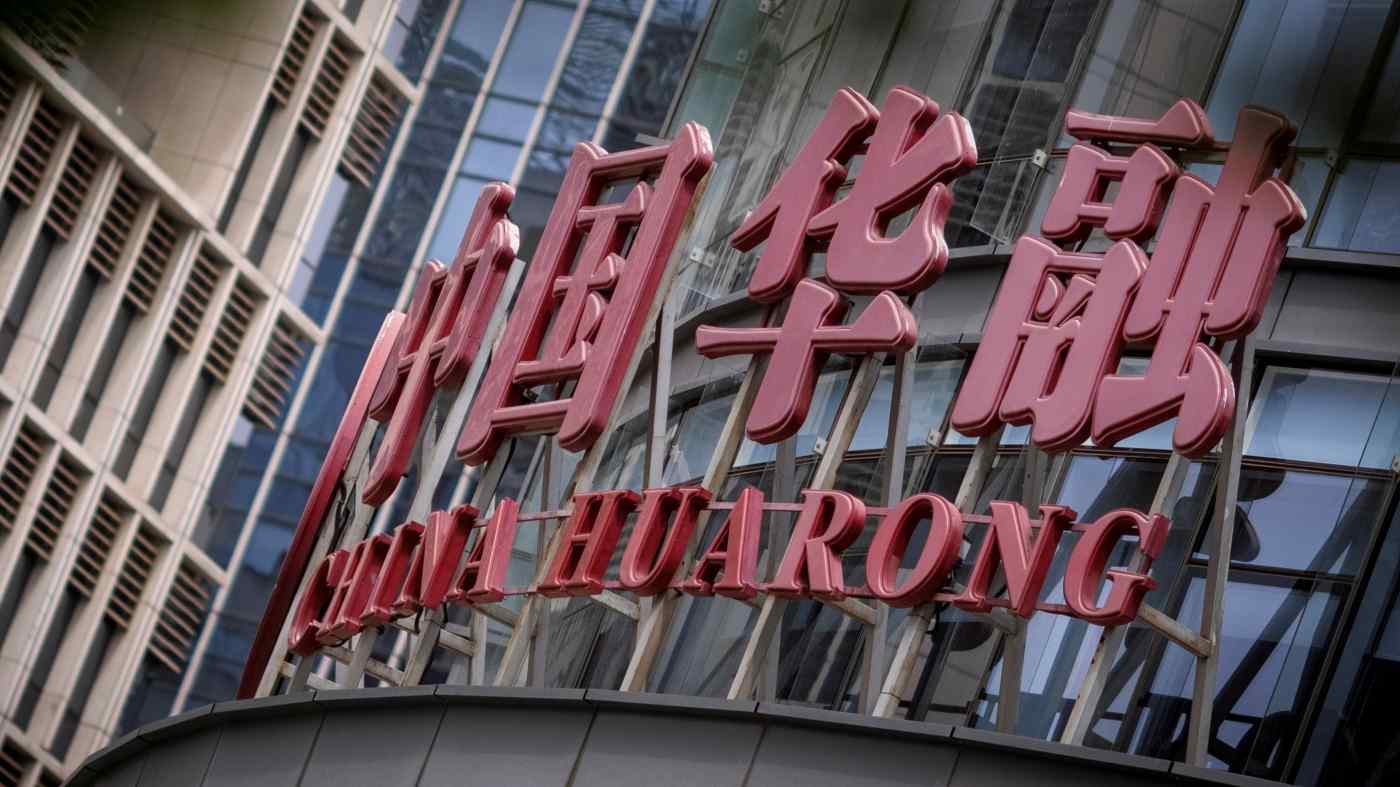 HONG KONG -- Bonds of China's largest distressed debt manager rebounded Monday, after the company repaid a local bond on time over the weekend and looked to set meet the payment deadline on a Hong Kong-listed bond next week.

Investors have also been reassured about the outlook for China Huarong Asset Management after the China Banking and Insurance Regulatory Commission said Friday that the company, which is majority-owned by the Ministry of Finance, has ample liquidity and that its operations remain normal.

The repayment and words of support helped stem a steep sell-off in Huarong bonds that began when the company failed to file its annual results to the Hong Kong exchange by a March 31 deadline, sparking fears it might default on offshore debts.

The company's offshore bonds traded as low as 65 cents on the dollar late last week before the CBIRC announcement. While the hardest-hit issues were back to over 80 cents on Monday, the continued discounting reflects the persistence of doubt about timely repayment, market players said.

"Huarong isn't yet out of the woods and will have to undergo a government-backed restructuring," said Hao Hong, head of research at Bocom International in Hong Kong.

As the company is a "systemically important entity" involved in cleaning up the soured loans of the country's big state banks, Hao ruled out the possibility of a full default, but added, "There is some possibility of technical defaults via delays and haircuts for bondholders, just like other companies that have gone through the restructuring process."

Huarong repaid a 2.5 billion yuan ($383.3 million) onshore note that matured on April 18, a person familiar with the transaction said. The company has also arranged funds to pay back a 600 million Singapore dollar ($449.5 million) bond due April 27, two other people said.

Huarong said Friday that it has been narrowing its focus to its core business of managing nonperforming loans while exiting "risks," and that it would meet upcoming bond redemptions on schedule

Lai Xiaomin, previously Huarong's chairman, was executed in January after being found guilty of corruption and bigamy, though the company's bonds traded near par until recent days. Under Lai, Huarong used its access to cheap funding to expand into businesses such as securities trading, trusts and other types of investment management.

The company now has over $43 billion in bonds outstanding. More than half are set to mature by the end of 2022, according to data compiled by Refinitiv.

Offshore issues make up about half the outstanding bonds. International fund managers including Goldman Sachs Asset Management, BlackRock, Aberdeen Asset Management, GAM Investment and Credit Suisse Asset Management have been among the institutional investors with exposure to the bonds, data from Refinitiv shows. It is not clear if these investors have reduced their positions recently.

Huarong has "strong connections" with Chinese financial institutions as a distressed debt buyer and through its borrowings, said Shujin Chen, an analyst at Jefferies, who added that she did not expect a default at a state-backed organization that is "too big to fail."