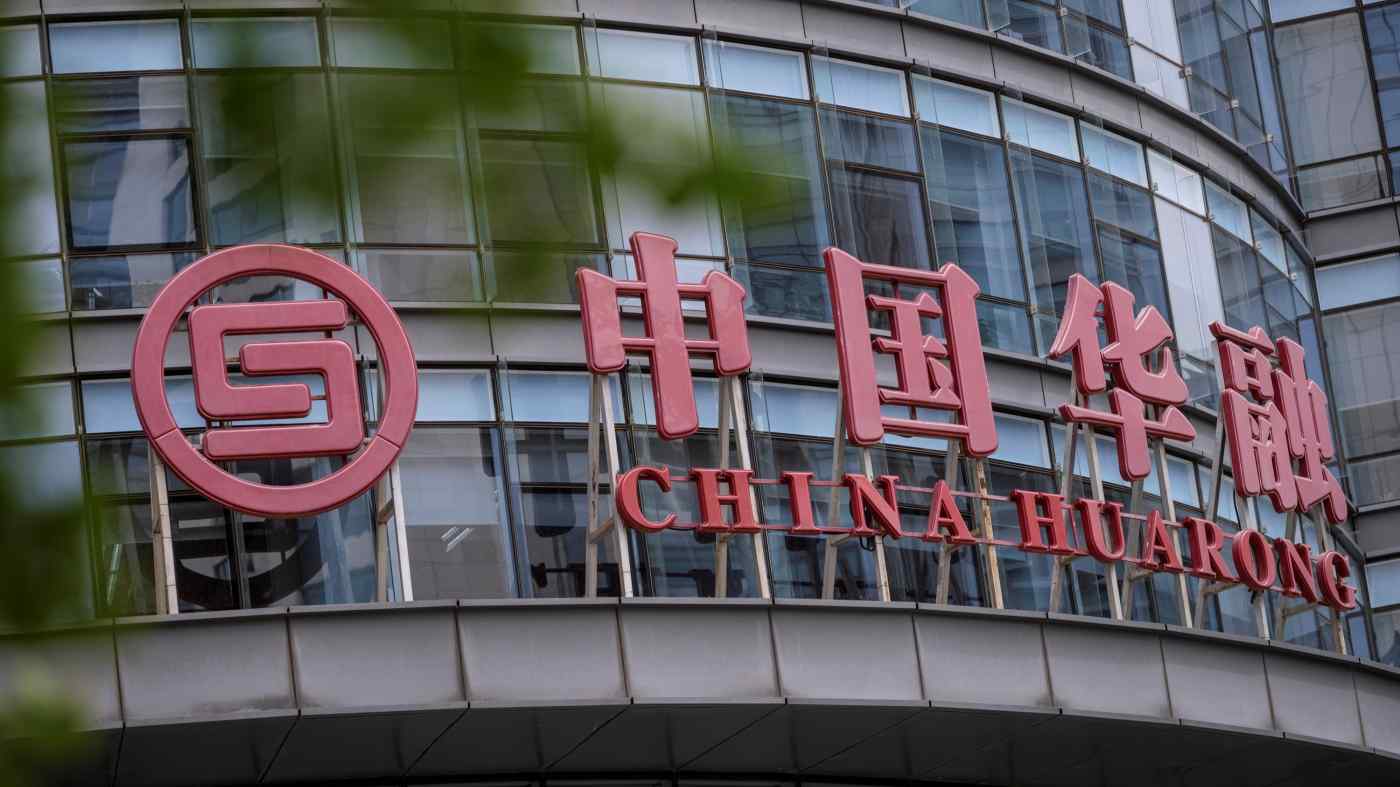 HONG KONG -- China Huarong Asset Management, the largest distressed debt manager in the country, on Tuesday repaid about $600 million of maturing bonds, a day after it suffered a credit ratings downgrade.

Fitch Ratings late on Monday downgraded Huarong by three notches to "BBB" -- just two notches above junk status -- from "A", on concerns over the strength of its government backing. Fitch said it will continue to review the company for potential further downgrades, which prompted a further sell-off in some of Huarong's offshore bonds.

"Fitch believes the government sponsor's indication of support has not been as forthcoming amid China Huarong's weakness in its offshore funding channel after the company announced a delay in publishing its annual results," the ratings agency said in a statement.

The company has not defaulted on any of its bonds, and on Tuesday it repaid in full the principal and interest on an offshore bond of 600 million Singapore dollars ($452.6 million) issued by its unit Huarong Finance 2017 Co., according to two people familiar with the situation.

Huarong Rongde Asset Management, another unit, repaid 960 million yuan ($147.9 million) of onshore bonds that also matured on Tuesday, according to a WeChat post by the company.

Previously, the company repaid a 2.5-billion-yuan onshore note that matured on April 18.

Concerns over Huarong's financial health, which is majority-owned by China's Ministry of Finance, have heightened ever since it missed reporting its preliminary 2020 results by a March 31 deadline, citing the need for auditors to review an unspecified transaction. On Sunday, the company said it also will miss filing its audited results by an April 30 deadline.

The company's shares on the Hong Kong Stock Exchange have been suspended since April 1.

Credit ratings agencies earlier this month placed Huarong's ratings under review for a potential downgrade, which along with disclosure delays and speculation of a restructuring sparked a slump in the company's bond prices. Some of its hardest-hit bonds dropped to record lows this month.

The finance ministry so far has remained quiet and only China's financial regulator has come out in support, saying that Huarong has ample liquidity and its operations are normal.

Despite the on-time repayments, the company's bonds have failed to recover to par, seen at the end of last month. A $250 million perpetual bond issued by a unit, Huarong Finance 2019 Co., were indicated at 60 cents to the dollar on Tuesday, down 4 cents from a day earlier. Offshore bonds due in November 2025 were indicated at 78 cents from around 80 cents previously, a trader said.

Huarong has been under the microscope since 2018 when former Chairman Lai Xiaomin was arrested on corruption charges. Most of the asset manager's troubles stem from the tenure of Lai, who used access to cheap funding to expand into unrelated businesses. He was found guilty of accepting bribes and bigamy, and was executed in January.

Huarong and its units have more than $43 billion in bonds outstanding. More than half mature by the end of 2022, according to data compiled by Refinitiv.

Huarong, which is one of four big distressed debt managers set up by Chinese authorities in 1999 to help the nation's banks grapple with bad debts, had 1.73 trillion yuan in assets and 1.37 trillion yuan in interest-bearing liabilities as of June 2020.

Its core business of buying and restructuring soured loans makes up only about half of its total assets, with banking, securities trading, trusts and other investments comprising the rest of its funds under management, according to its June 2020 interim report.

Some analysts and investors continue to believe the government would eventually bail out Huarong if needed to prevent a crisis across the nation's $50 trillion financial system.