TOKYO -- Corporate debt defaults in China have soared to record levels as Beijing allows companies choking on excessive debt to go belly up.

Chinese corporate bond issuers defaulted on about 116 billion yuan ($18 billion) in the first six months of 2021, the highest figure for any January-June period.

The missed payments are alarming foreign investors and driving up the average yield on foreign currency-denominated Chinese corporate bonds with low credit ratings to above 10%.

The government of President Xi Jinping is placing a priority on reducing excessive debt in the corporate sector. By doing so, however, it risks pushing a legion of companies into difficulty with financing their businesses. That could then choke the nation's economic growth in the coming years.

Chinese companies defaulted on a record 116 billion yuan in the first half of the year, according to Shanghai DZH, a supplier of internet financial information services. The full-year figure is likely to surpass the past record, logged in 2020, of over 187 billion yuan and hit an all-time high.

In particular, a growing number of state-owned enterprises (SOEs) are missing debt payments, a sign of Beijing's willingness to run counter to the long-held assumption among state-linked borrowers and their investors that the government will bail them out when they tumble into financial trouble. For decades, SOEs have enjoyed "implicit debt guarantees" by the central and local governments, but they can no longer take government support for granted, according to Shinichi Seki, an economist at the Japan Research Institute. In February, a Chinese court accepted a bankruptcy filing by travel conglomerate HNA Group under the chongzheng (reorganization) process. In March, Tianjin Airlines, jointly founded by HNA and the Tianjin municipal government, also went into the same process.

In 2019, SOEs accounted for slightly more than 10% of all Chinese issuers that missed debt repayments. The ratio jumped to nearly half in 2020. SOEs are still responsible for some 40% of overall corporate bond defaults this year.

SOEs have been piling on debt "under the myth that they will never be allowed to default," said Naoto Saito, chief researcher at the Daiwa Institute of Research. But "concerns about a moral hazard have led the government to embark on reform."

A flurry of defaults by large SOEs signals the Chinese leadership's commitment to breaking the moral hazard by weaning debt-riddled SOEs from government protection and allowing them to fail.

The "credit impulse," which measures the growth in new financing as a share of gross domestic product and is a widely watched indicator of the government's economic policy stance, has been declining. The indicator generally rises when the government adopts a pro-growth policy stance and falls when it moves to cut back on stimulus measures. The index has been sagging after peaking at 32% in November 2020. It fell to 25% in May, the lowest level since February 2020.

Yields on so-called high-yield corporate bonds, which are rated below investment grade, are surging. Chinese dollar-denominated high-yield bonds yielded 10.1% per year on average on June 15, registering a reading above 10% for the first time in about 13 months, according to the Intercontinental Exchange. This stands in sharp contrast with the global average yield of below 5% for such speculative-grade bonds.

Some SOEs have also been hit by credit downgrades by credit-rating companies. Chinese real estate giant China Evergrande Group's credit ratings were lowered by both Fitch Ratings and Moody's Investor Service in June. These moves sent yields on the company's bonds soaring above 20%, irrespective of their maturity dates. 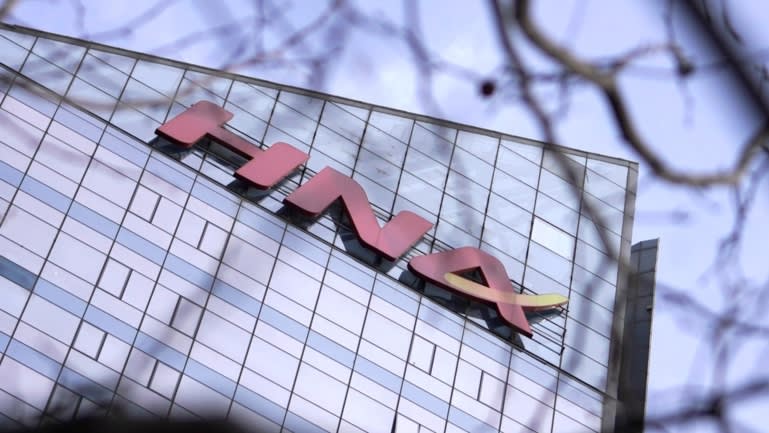 Chinese companies that have been aggressively raising funds are facing default one after another, such as travel conglomerate HNA Group.   © Reuters

The spate of SOE defaults is also hurting the creditworthiness of private-sector firms. Chinese retailer Suning.com, which attracted global attention in 2016 by acquiring Italian Serie A leader Inter Milan, has been one notable casualty of the trend.

The company's financial health has deteriorated due to reckless expansion in recent years. Investors have grown increasingly uneasy about its ability to pay back debt.

Chinese companies will face major tests of their financial health in the next couple of years, with $2.14 trillion of bonds maturing by 2023, 60% more than the value of bonds that came due from 2018 to 2020.

The Xi government is seeking to weed out SOEs burdened by excessive debt without causing serious turmoil in financial markets through a managed debt workout.

But investors have responded to the campaign by rushing out of junk bonds. If this causes a credit squeeze for a large number of Chinese companies, the nation's economy could take a massive hit, derailing Beijing's strategy for a soft landing.

"If a sharp increase in corporate bond defaults leads to a further rise in bond yields and other broader repercussions in markets, the Chinese government will start providing direct and indirect support (to debt-heavy SOEs)," Daiwa's Saito predicted.