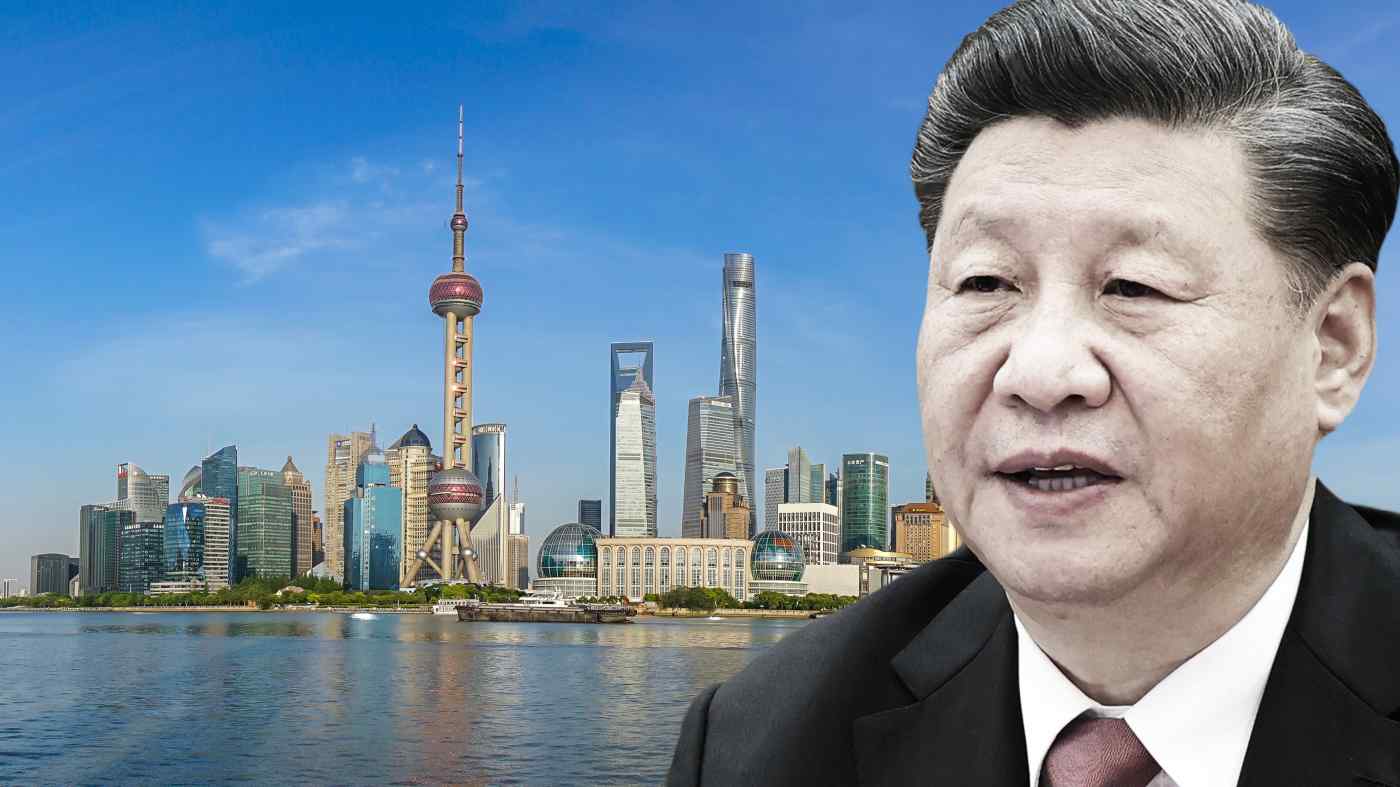 SHANGHAI -- On Dec. 11, many investors were relieved to see a news release from Suning Appliance Group, China's biggest consumer electronics retailer, saying that it "has transferred money to its accounts to redeem the corporate bonds maturing on Dec. 16."

Suning has been losing ground as more people shop online. The company had short-term debts worth nearly 37 billion yuan ($5.6 billion) at the end of June, whereas its cash and deposits stood at 36.5 billion yuan.

Chinese companies' debts are swelling and defaults on corporate bonds have hit a record high. But with the 2022 Communist Party congress in sight, it seems politics -- especially the tussle between President Xi Jinping and his rivals -- increasingly determines which companies survive and which do not.

Many economy watchers in China point to a change in banks' willingness to extend credit. The authorities have a great deal of leverage over Chinese financial institutions. They can interfere in lending decisions, putting the fate of companies such as Suning in the hands of the party and the government.

Alibaba Group holds a 20% stake in Suning.com, which is a listed company and part of the Suning group. Some see Suning as being caught in a snare that Xi set for Alibaba. Senior party leaders vowed at a Politburo meeting on Dec. 11 to "ban monopolies and prevent a disorderly expansion of capital." This underscores the government's determination to curb the market shares of huge independent companies and to concentrate resources and power in the hands of the Chinese Communist Party, the government and state-owned enterprises.

Private companies, for their part, have an Achilles heel that the government can exploit: their ballooning debts. The total assets of China's listed companies reached 74 trillion yuan at the end of September, rising more than 11% from the same month a year earlier, while their debts rose by the same proportion. On the other hand, their net profits fell more than 5% in the January to September period. Meanwhile, corporate bond defaults reached 190 billion yuan by mid-December. And banks have been directed to dispose of their nonperforming loans, which now total 3.4 trillion yuan.

It is difficult to predict the effect this will have on employment and business conditions. The consensus forecast for China's economic growth next year is over 8%, but many forecasts do not take into account the impact of nonperforming loans.

Huachen Automotive Group Holdings offers one example of how politics is driving economics in China. Huachen is a big automaker that started bankruptcy proceedings in November. Immediately after the company collapsed, Qi Yumin, the former chairman, was ousted amid accusations of discipline infractions, though details are unclear.

Qi also had a political career. He was vice mayor of the northeastern city of Dalian, in Liaoning Province, in 2004 and 2005. At the time, the province's chief was Li Keqiang, now China's premier. It is an open secret that Xi and Li are rivals who vied for the Communist Party's top post, a battle Xi won.

Another example is Yongcheng Coal and Electricity Holding Group, a state-owned company that has defaulted on its debts. It is headquartered in China's central Henan Province, another region where Li once reigned. It is possible that politics played a role in the decision to let these companies go to the wall.

Another cautionary tale is the temporary disappearance of Guo Guangchang, chairman of Fosun Group, in December 2015. His company is considered close to the "Shanghai faction," the political base of former President Jiang Zemin. It took place two years before an earlier party congress as the Chinese leadership was racked by a power struggle.

Something similar appears to be happening this year. On Dec. 16, Eric Jing, chairman of Ant Group, made a virtual "concession speech" after he was forced to postpone a planned initial public offering of the company's shares. As Nikkei Asia has reported, the order to delay the IPO likely came from Xi. "Compliance with regulations guarantees stable growth for fintech companies," Jing said in his remarks.

It is too early to say whether the IPO will take place in the near future. Speculation is rising about how the postponement will affect the company's earnings outlook and fundraising. But what seems certain is that winning the blessing of Beijing's top leaders, or failing to do so, will weigh heavily on who wins and who loses in Chinese business in the coming years.