China's struggling Tianqi Lithium to get $1.4bn from Australian deal 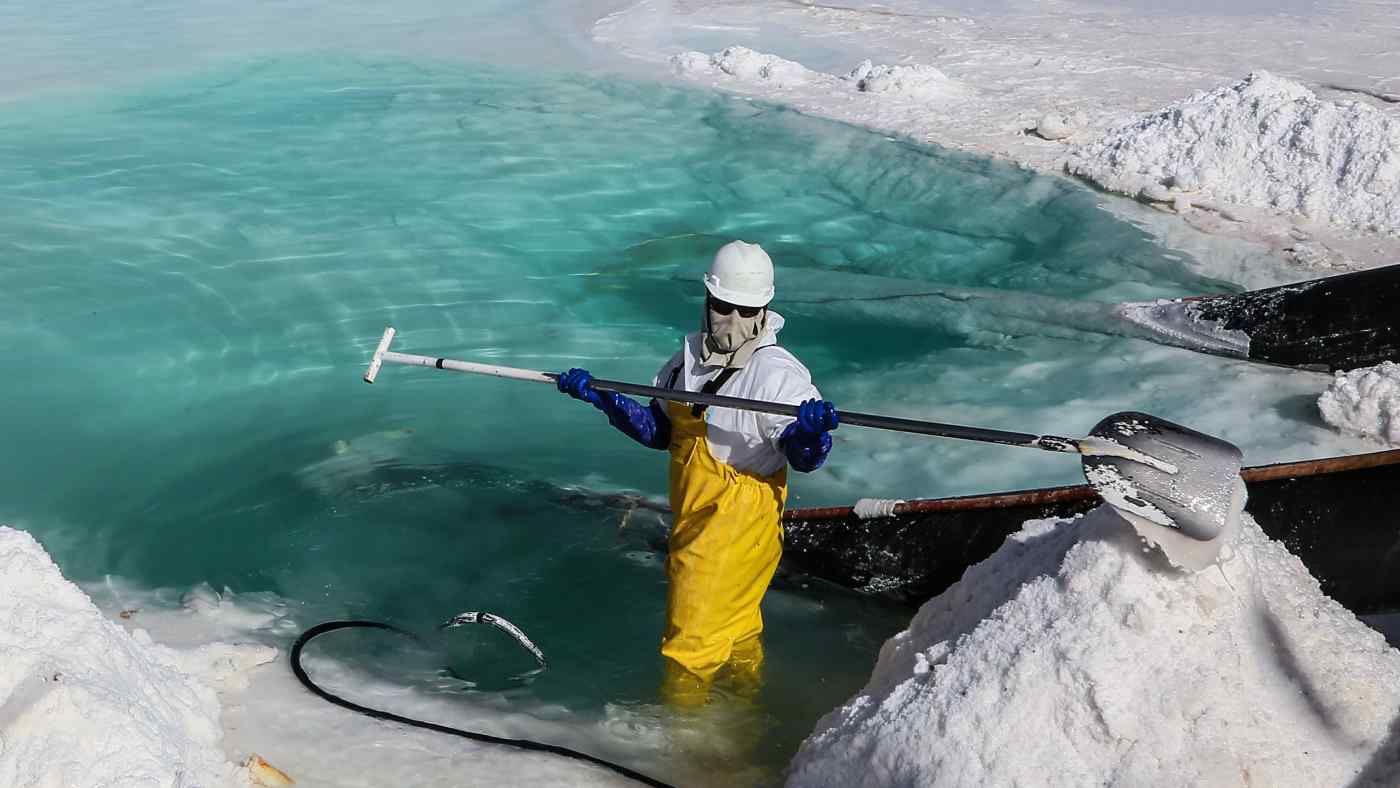 A lithium mine operated by SQM in Chile. Tianqi Lithium has been under pressure from a heavy debt load since acquiring a minority stake in SQM two years ago. (Photo by Nozomu Ogawa)
KENJI KAWASE, Nikkei Asia chief business news correspondentDecember 9, 2020 12:19 JSTUpdated on December 9, 2020 16:56 JST | China
CopyCopied

HONG KONG -- Tianqi Lithium, a Chinese lithium producer struggling to meet heavy debt repayment obligations, said it had reached agreement to sell almost half of its interest in the world's largest mine for the mineral now prized by electric vehicle producers.

The Shenzhen-listed company is selling a 49% stake in the investment vehicle holding its stake in the mine at Greenbushes, Western Australia for $1.4 billion to IGO Ltd.

Investors welcomed the news of debt relief, disclosed in a Shenzhen Stock Exchange filing late Tuesday night, pushing up Tianqi's shares on Wednesday by their daily trading limit of 10% to 32.51 yuan. The shares ultimately closed up 5.9% at 31.30 yuan.

Australia's IGO confirmed the deal in a filing to the Australian Securities Exchange in Sydney. The company will indirectly gain a 24.99% interest in Greenbushes and a 49% stake in a lithium hydroxide plant that Tianqi is building in Kwinana, Western Australia.

Tianqi's interest in the Greenbushes mine, held via Tianqi Lithium Energy Australia, or TLEA, will be diluted to 26.01% from 51%. The mine is under a joint venture with Albemarle, an American chemical company, which owns the remaining 49%.

Trading in IGO shares has been suspended since Tuesday.

The deal comes as relations between China and Australia are at a new low. Tianqi said in its filing to the Shenzhen exchange that the deal though needs approval from regulators in Beijing and Canberra, along with London, where TLEA is incorporated. Tianqi also needs to win support for the deal from its banks, it noted.

"The transaction will provide relief for Tianqi in its current liquidity crunch," said James Shi, a distressed debt analyst at Reorg Research.

He believes partial repayment of the company's debt "should give comfort to its existing lenders, along with the fact that at the end of the day, the post-transaction entity TLEA will still be consolidated on Tianqi's books, and the lithium concentrates will still be shipped to Tianqi's factory in China to process, as Tianqi still owns priority rights of purchase from Greenbushes."

Lithium is a key ingredient for batteries used to power everything from smartphones to electric vehicles. With Beijing pushing hard to develop China's EV sector, Tianqi and peer Ganfeng Lithium have built up global supply networks.

This has made Tianqi one of the largest lithium miners in the world, but it has been under pressure from a heavy debt load since acquiring a minority stake in Chilean competitor SQM for $4.06 billion two years ago before lithium prices tumbled.

The Chengdu-based company financed most of that deal through a $3.5 billion U.S.-dollar-denominated loan from a syndicate led by state-owned Citic Bank. Of that amount, $1.884 billion was due originally at the end of November, but the company and the consortium tentatively agreed last week to extend the deadline to Dec. 28, with Tianqi agreeing to pay outstanding interest by Dec. 10.

Jiang Weiping, founding chairman of Tianqi, said in a statement that its new partnership with IGO was a result of "an extensive global search." He welcomed the transaction as it "facilitates a recapitalization of our balance sheet that will position us strongly for the expected recovery of in the lithium sector."

In the same statement, Peter Bradford, IGO managing director and chief executive, said the deal is "genuinely transformational" for the Australian company, which handles nickel, copper, cobalt and gold. The deal with Tianqi will add lithium to its portfolio.

Even though a default has been averted for the time being, Moody's Investors Service said last week that it considered that the syndicate's extension constituted a "missed payment default." It further downgraded Tianqi's credit rating by a notch to Caa2 from Caa1 while maintaining a negative outlook.

"The downgrade reflects our concern that the absence of a satisfactory resolution on the term loan restructuring could lower recovery prospects for creditors," said analyst Gerwin Ho then. "The current situation could also lead to an acceleration of payments relating to the company's other obligations and impact its operations."