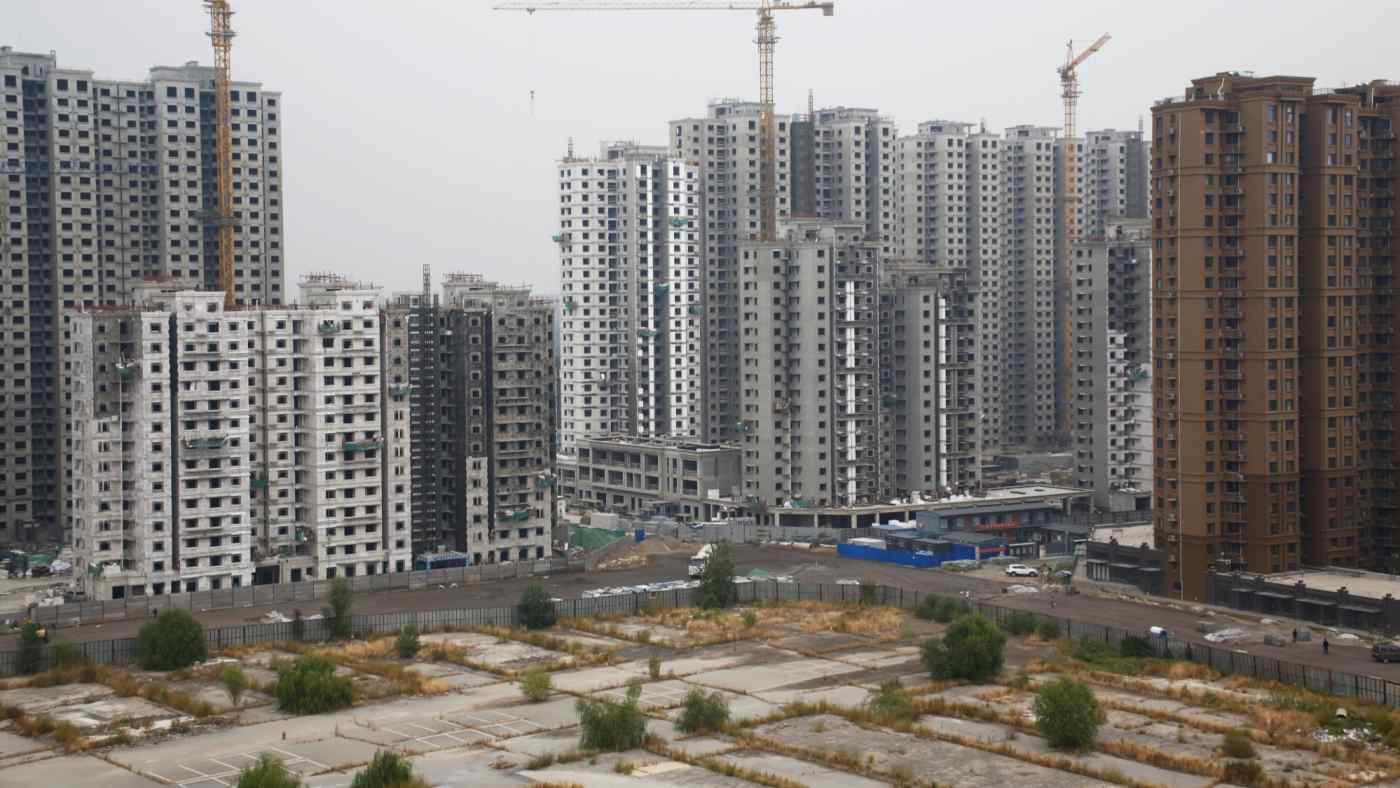 The Shanghai-based house builder was the fourth-largest issuer of junk bonds across the Asia-Pacific region in 2021, according to Moody's Investors Service. It issued over $1 billion, trailing only peers Kaisa Group Holdings and Sunac China Holdings as well as Studio City Finance, a unit of a Macao casino operator.

Zhenro's stock sank soon after the lunch break, falling as much as 81% to 68 Hong Kong cents in about an hour. The price recovered slightly, but it closed at HK$1.23, losing 66% from the day before.

Shares of property management arm Zhenro Services Group followed a similar fate, tumbling as much as 87% during afternoon trading and closing the day 58% down at HK$1.73.

Both companies are controlled by group founder Ou Zongrong, who is also a member of the Chinese People's Political Consultative Conference, the country's top political advisory body.

The flash crash played out in the bond market as well. The Shanghai Stock Exchange halted trading of one of Zhenro's listed onshore bonds for half an hour in the afternoon, citing an "emergence of unusual fluctuation." The bond, with a face value of 1 billion yuan ($158 million) issued in 2020, dropped as much as 30%.

Zhenro group firms' share prices had been holding well compared with some embattled peers. Throughout last year and as of Thursday, China Evergrande Group's shares lost 88% of their value, while Zhenro slid by 22% and its property management arm gained 2.5% during the same period.

What triggered the sudden and sharp sell-off of Zhenro's shares and bonds on Friday is unclear, but a suspected lack of liquidity to meet debt obligations could have played a part. Speculation has risen in the market that its $200 million offshore perpetual bond will not be redeemed March 5 as earlier promised.

The company had made an announcement on Jan. 4 that it informed the holders and the trustee of the bond that the debt will be fully paid off by that date.

The Paper, a mainland Chinese online media outlet, reported Friday evening that Ou was forced to liquidate part of his companies' shares, citing an exclusive source. He owns 54.7% of Zhenro Properties and 63.3% of its property management arm, according to the latest disclosure in the Hong Kong Exchange.

Zhenro has been trying to alleviate investor concerns over mounting financial pressures on the country's real estate sector with piecemeal repurchasing of company bonds. Ou has also stepped in to incrementally buy shares of the two listed companies over time, especially since the middle of last year.

Earlier in January, the company said its wholly owned subsidiary was granted a new credit line of 9.14 billion yuan by the Bank of China. The developer said its total credit line is 254.9 billion yuan, with nearly 10% of that coming from the four major state-owned banks, probably trying to highlight tacit government support.

But major credit agencies have given Zhenro junk status. Fitch Ratings confirmed its "B+" rating in November, while dropping the outlook to stable from positive, as it "reflects a recent deterioration in market sentiment for Chinese developers."

Moody's, which confirmed a similar "B1" rating in August after completing its periodic review, said Zhenro's financial metrics were "moderate" due to its "rapid debt-funded growth." S&P Global Ratings had a "B" rating until it was withdrawn at the company's request in January 2021.

Like its peers, Zhenro has been hit by falling property sales in recent months. According to the disclosure made on Friday evening, the company's contracted sales in January were 7.89 billion yuan, or 29% lower than a year ago.

Zhenro did not respond to a request for comment from Nikkei Asia by the time of publication.