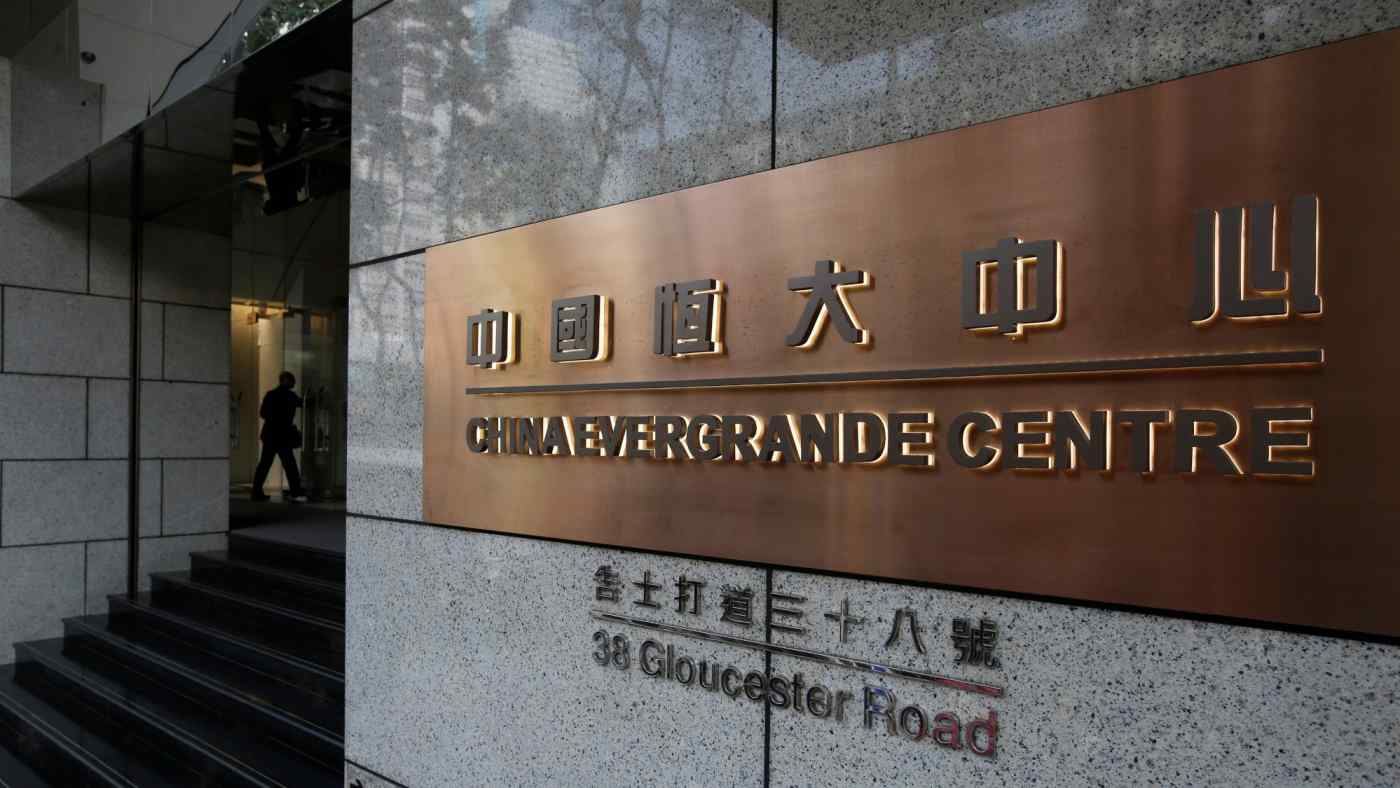 Investors have been selling Evergrande shares since the end of May, after some of the company's affiliates missed payments.   © Reuters
NARAYANAN SOMASUNDARAM, Nikkei Asia chief banking and financial correspondentJune 24, 2021 17:52 JST | China
CopyCopied

HONG KONG -- China Evergrande Group, the world's most indebted property developer, has arranged to use $1.75 billion of its own funds to redeem offshore bonds maturing on Monday and to meet interest on all its other outstanding dollar notes, the company said on Thursday.

The developer, which is trying to quell mounting concerns over its financial health, said in a statement that it will repay $1.45 billion for the maturing bonds and remit the rest into a repayment account for interest payable on its dollar bonds. It also said it does not have any further domestic and foreign public bonds due before March.

Evergrande shares, which fell by a quarter between May 26 and June 21, surged as much as 8.8% on Thursday. However, the company's June 2025 bond traded at 69.5 cents on the dollar, a level not seen since a record low in March 2020, suggesting that debt holders remain concerned by the company's financial health.

The announcement is an attempt by Evergrande to calm investors who have dumped the company's bonds and stock since the end of May, after some of its affiliates missed payments and financial magazine Caixin said authorities are probing Evergrande founder Hui Ka Yan's relationship with Shengjing Bank. Evergrande holds a 36% stake in the bank, and Caixin said the bank lent up to $20 billion to Evergrande via direct and indirect channels.

The report sparked fresh concerns over the company's ability to pull off a plan to cut debt by half by the end of 2022. Bloomberg also reported that Chinese banks are limiting their exposure to the developer, and the company has not tapped offshore bond investors since last year. Evergrande denied to Bloomberg that banks were curbing its access to funding and said its business relationships with all banks and financial institutions were normal.

Fitch Ratings this week downgraded the company one notch deeper into junk territory, saying Evergrande's deleveraging plan faces "execution risk" and could damage the company in the medium term.

Under its turnaround plan -- "high growth, scale control and debt reduction'' -- Evergrande cut its total borrowings to 716.5 billion yuan by the end of 2020 from a peak of 875 billion yuan in March of that year, according to its annual report. It targets a further cut of 150 billion yuan this year.

Since the implementation of the new strategy in March 2020, the company has used its own funds to repay seven series of offshore bonds totaling $10.6 billion, it said.

To raise the funds, it has resorted to heavy discounts on its newly built properties to boost sales. In addition, between March 2020 and December it raised almost $11.5 billion by selling its own equity as well as stakes in its property services, electric vehicle and other units.

This month it agreed to sell stakes worth $570 million in its internet unit HengTen Networks and $386 million in property unit China Calxon Group. In March, it raised $2.1 billion from the sale of a 10% stake in its online home and car sales unit ahead of a planned listing.