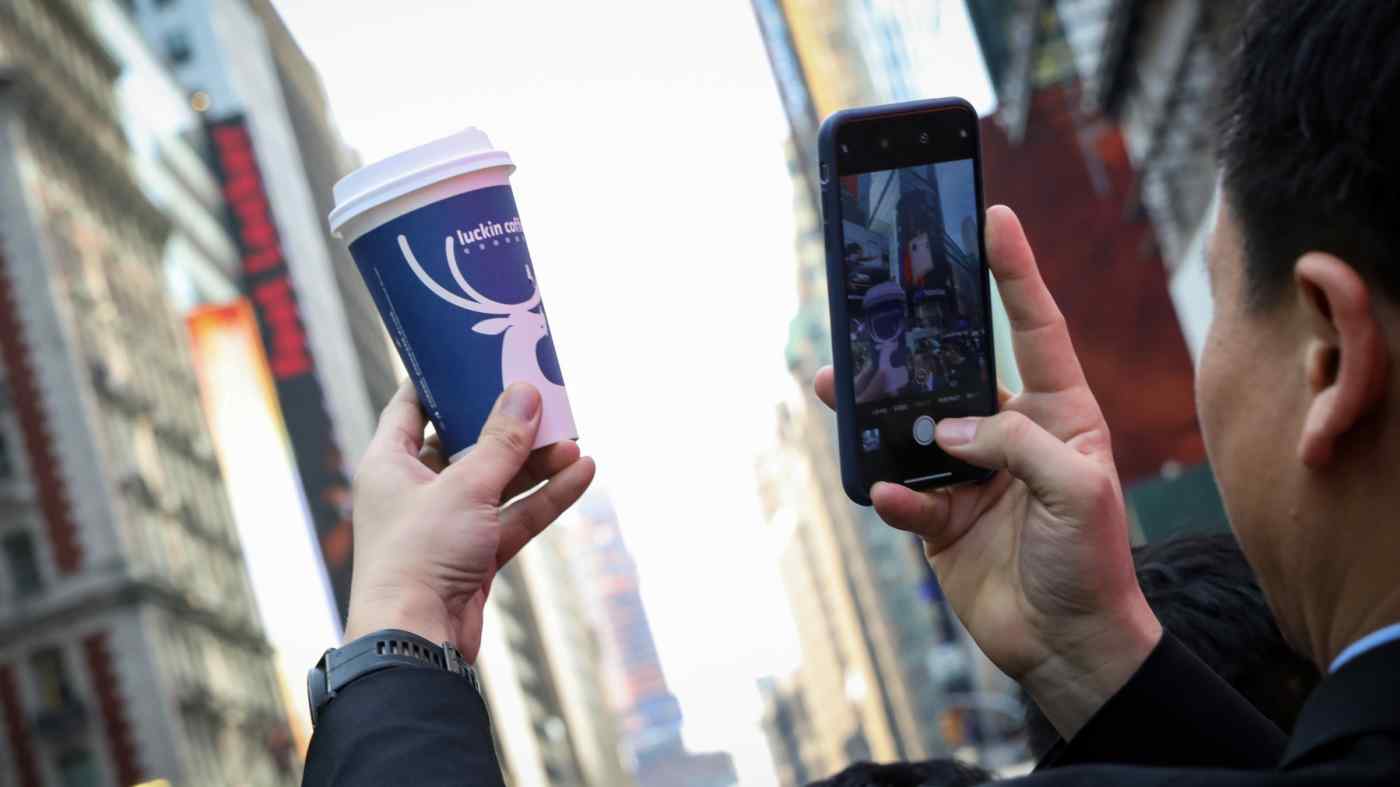 The Nasdaq-listed company said in a release Thursday that investors "should no longer rely upon" its previous financial statements covering those quarters.

The fabricated sales unearthed by the internal probe are equivalent to more than 40% of Luckin's 2019 revenue, based on the company's reports and guidance. Luckin shares closed 75.6% lower Thursday at just $6.40. The company's market cap shrank to $1.6 billion from $6.6 billion.

Singapore's sovereign wealth fund GIC, an early investor of Luckin, held over 5% of the company's Class A Ordinary shares as of end of February, according to a regulatory filing. A person familiar with the matter said the fund had "substantially reduced" its stake in Luckin prior to Thursday.

Luckin has suspended Chief Operating Officer Liu Jian and several employees who report to him, the company said. Liu is accused of making up transactions and inflating expenses during the April-December period.

A committee consisting of three independent board directors has been formed to oversee the investigation.

Luckin's revelation Thursday followed a class action lawsuit filed in February against the company by stockholders who purchased shares from Nov. 13 to Jan. 31.

On Nov. 13, Luckin reported financials for the third quarter of 2019, saying it hit the milestone of breaking even at the store level. Shares then surged more than 70% through the end of January -- even trading above $50 at one point -- compared with the $18.89 market close Nov. 12.

California-based short seller Muddy Waters Research sounded alarms Jan. 31, publishing an anonymous 89-page report that accused the Chinese coffee startup of being a "fraud." The report, which cited "smoking gun evidence" including 11,260 hours of traffic videos, alleged that Luckin exaggerated daily items per store by more than half during the second half of 2019.

But Luckin share prices remained largely stable until Thursday, except for shocks from the coronavirus pandemic. The Xiamen-based company also raised hundreds of millions of dollars in a follow-on public offering in January.

People familiar with the class action lawsuit told the Nikkei Asian Review they were surprised that Luckin did not vehemently deny the allegations nor launch a media blitz touting soaring sales, as that would have dissuaded claimants from enrolling.

The company's silence prior to Thursday bolstered their belief that something was amiss, and Luckin has intensified its wooing of claimants, the people said.

Luckin, which went public in the U.S. last May, followed an aggressive, cash-burning expansion strategy and a model heavy on pickup and delivery orders. In just over two years since its creation, the chain has topped 4,500 locations in China, surpassing Starbucks' store count in the country.

"Luckin has a real business... They do have a customer base. It's just not what people thought it was. So now you're going to see the company's ability to mitigate a crisis," said Drew Bernstein, co-regional managing partner of Marcum Bernstein & Pinchuk, a New York-based firm specialized in auditing China-based companies.

"This is an old story that's now coming to the forefront -- that is, the credibility of Chinese companies," Bernstein said.

Chinese companies need to demonstrate they are worthy of investor trust and confidence, he said, "and this was a hit on that confidence level."