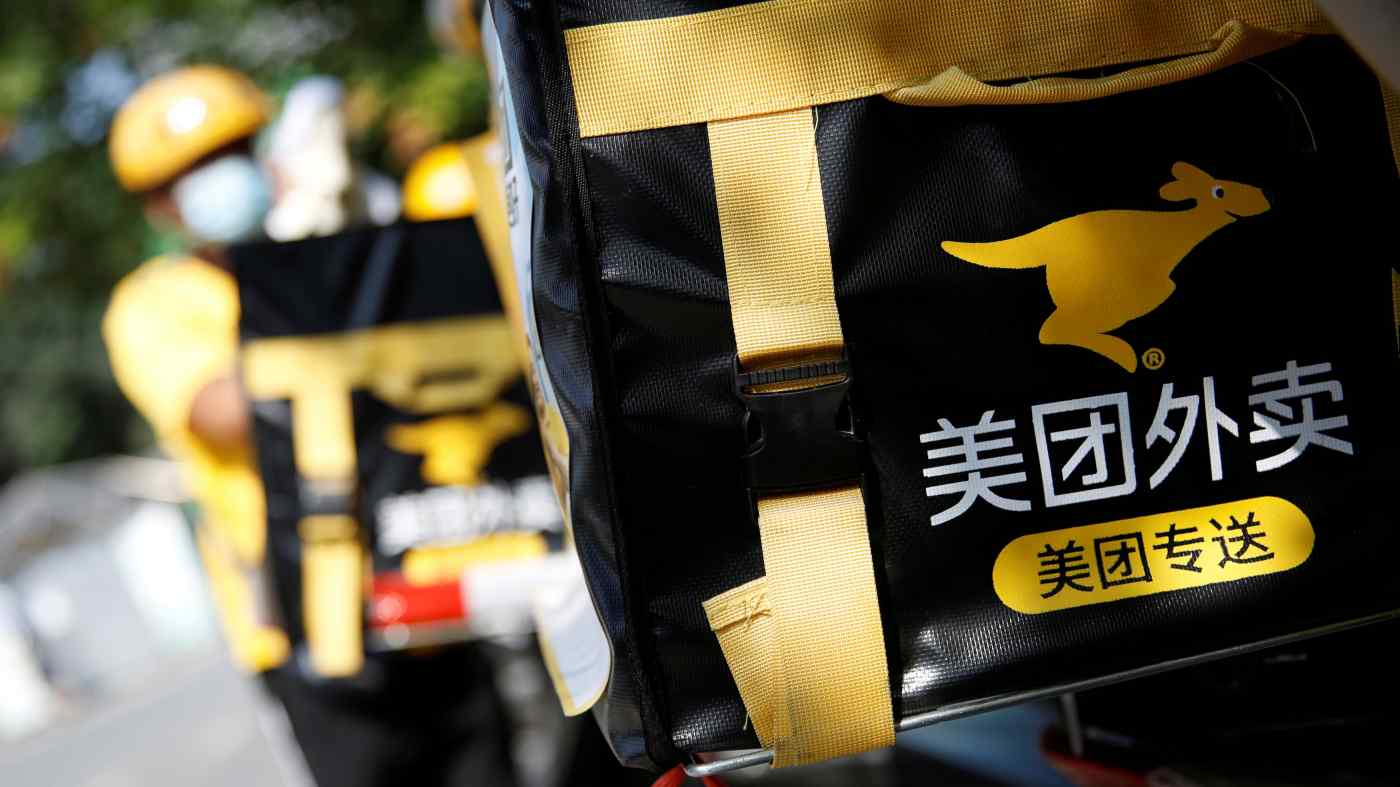 HONG KONG -- Chinese food delivery company Meituan is raising $10 billion from a sale of stock and convertible bonds as it bolsters its firepower against Alibaba Group Holding in the emerging battlefield of community-group buying.

Meituan, in which Tencent Holdings holds a 17.7% stake, plans to use the new funds for the development of autonomous delivery vehicles, drone delivery services and other technology innovation, a term sheet showed.

The company aims to raise as much as $7 billion from the stock offering, including $400 million worth that would be privately placed with Tencent. The rest of the funds would come from a convertible bond, according to the term sheet.

Meituan, which posted a net loss of 2.2 billion yuan ($337.3 million) in the fourth quarter as it invested in new businesses, is keen to further its costly expansion into community-group buying.

The business involves neighbors jointly purchasing groceries in bulk online at discounted prices through a group leader who also manages distribution. The model became popular during the coronavirus pandemic, as people avoided going out for meals or shopping.

Wang Xing, chairman and chief executive of Meituan, told analysts last month that the company expected to rack up further losses over the next few quarters as it invested more in community-group buying.

S&P Global Ratings this month cut its rating outlook on Meituan to "negative" from "stable" to reflect the "high execution risk" involved in the costly push into bulk sales though it noted the segment had "strong potential" for growth.

The share sale, which is expected to be priced overnight, could raise between $6.4 billion and $6.6 billion, excluding the placement with Tencent.

Meituan shares are down 36% since Feb. 17 as investors have turned wary of Chinese internet companies over increased pressure from Beijing on leading online platforms. Alibaba was fined 18.2 billion yuan over abuse of its dominant position in online retail while Meituan and others pledged last week to rectify their practices.

Beijing has become particularly concerned about community-group buying, seeing it as a threat to small grocers and their staff and suppliers. The State Administration for Market Regulation summoned representatives from Meituan and five other major market players last December to unveil new guidelines against below-cost sales and other unfair practices.

Meituan's convertible bonds are being offered with zero interest coupon and six- and seven-year terms, meaning buyers would be betting on gains when the securities convert into stock.

Chinese technology companies have raised billions from debt sales this year, with Alibaba selling $5 billion worth of bonds in February and Tencent finding buyers for a $4.15 billion issue last week.