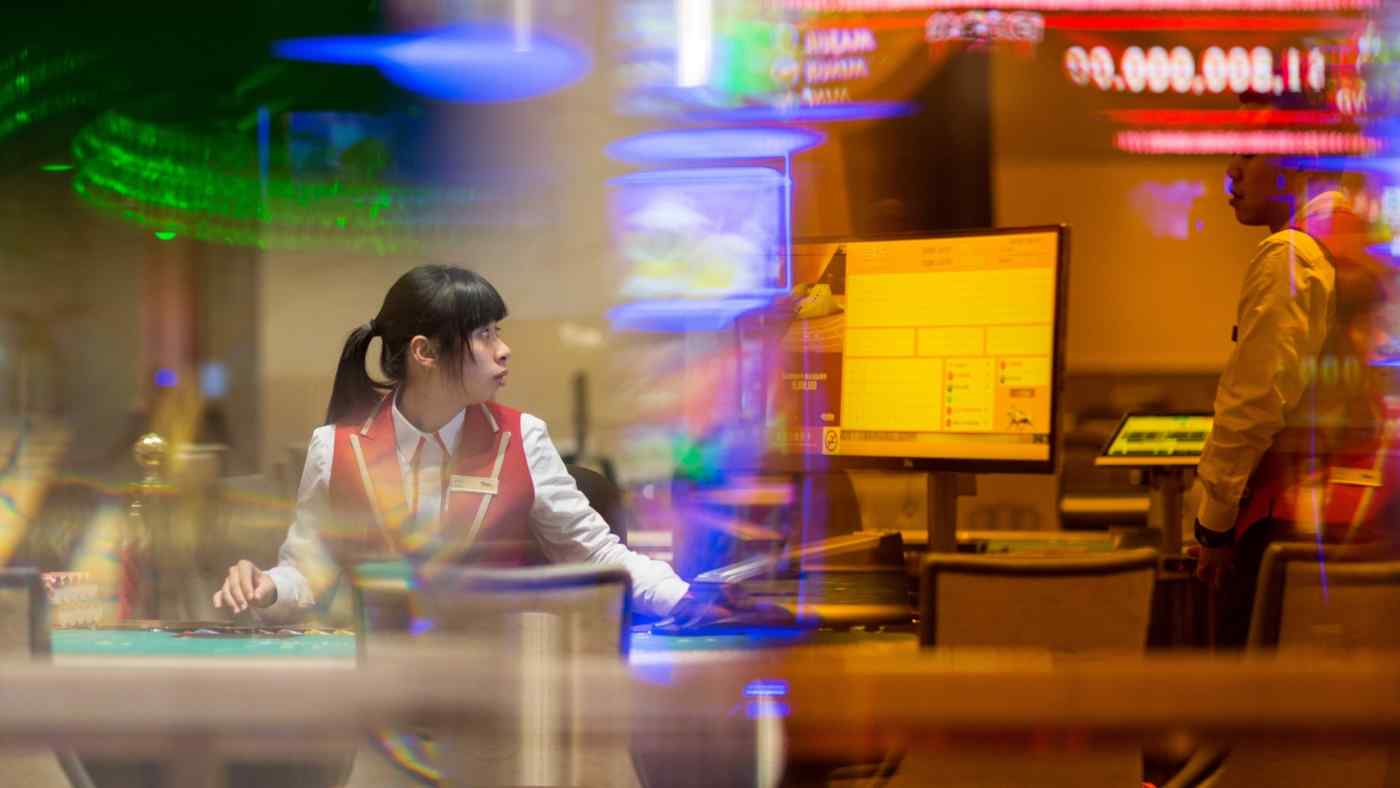 HONG KONG -- Beijing's easing of travel restrictions to Macao have sent the share prices of casino operators jumping, after a torrid first half that saw most of them plunging into the red as the coronavirus pandemic led to the closing of borders.

Those from Guangdong Province are now allowed to travel to the territory from Wednesday and Beijing plans to ease restrictions for travelers from other provinces from Sept. 23.

Macao closed its borders to tourists in March, causing the number of mainland Chinese arrivals since April to drop to below 1% of the previous year. Although casinos only closed for two weeks in February, revenues plunged 77% on the year to 33.7 billion pataca ($4.22 billion) in the first half.

Galaxy Entertainment logged a net loss of 2.8 billion Hong Kong dollars ($361.2 million) in the first half of the year. The company’s daily operating costs came to $2.5 million in the April-June quarter.

Likewise, MGM China Holdings posted a net loss of HK$2.8 billion and Sands China recorded a net loss of $700 million over the same period. Meanwhile, Wynn Macau and Melco Resorts & Entertainment said they would not pay out any interim dividends.

Despite such dire financial performances, casino operators’ stock prices are picking up on optimism that business will improve with China’s easing of travel restrictions. Galaxy Entertainment and Sands China stocks have since the end of June jumped nearly 20% and 10% to HK$61.25 and HK$33.85, respectively, by Wednesday.

How these companies perform over the next few months could affect their plans to invest in Japan, which legalized casinos two years ago. U.S. casino operators Caesars Entertainment and Las Vegas Sands, which runs Singapore's renowned Marina Bay Sands, have announced that they will withdraw from Japan’s integrated resort plans.

For now, Galaxy Chairman Lui Che-woo seems determined to continue efforts to enter Japan. A Daiwa Securities representative said Galaxy is the frontrunner in the race for a license to operate there.