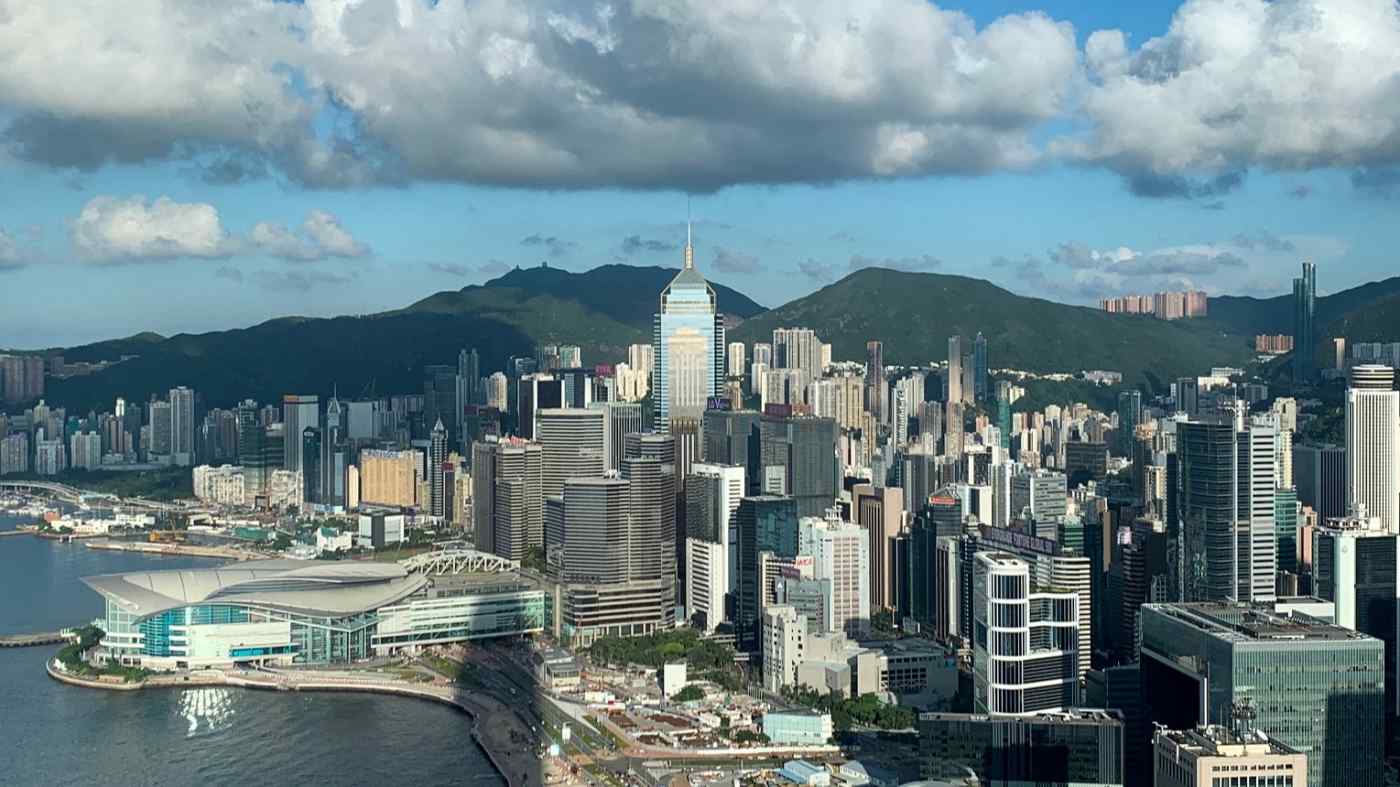 Under the "one country, two systems" framework, Hong Kong has long served as a key link between mainland China and the rest of the global market.   © Reuters
TAKESHI KIHARA, Nikkei staff writerMay 23, 2021 05:24 JST | Hong Kong
CopyCopied

HONG KONG -- An eagerly anticipated wealth investment bridge between Hong Kong and mainland China similar to the Stock Connect link offers China a chance to repair the city's status as a global financial hub despite mounting concerns over its grip on the territory.

The proposed Wealth Management Connect, inching toward a launch as soon as this year, will give Hong Kong-based investors greater access to the massive mainland market, where China imposes strict capital controls to curb outflows of the yuan.

Hong Kong's role as a hub was damaged when China enacted a sweeping national security law in 2020 that critics say stifles the "one country, two systems" framework instrumental to the city's economic success. Global financial institutions still maintain operations in the city, but doubts are growing over whether it will remain an attractive business destination in the long term.

The Wealth Management Connect will open the door for both southbound and northbound investments -- mainland purchases of Hong Kong assets and vice versa -- under certain conditions, likely with an initial focus on low-risk assets like bonds and mutual funds.

Transactions will be capped at 150 billion yuan ($23.3 billion) in each direction, or 1 million yuan per individual, under terms announced this month by the People's Bank of China and other authorities. Residents of the Greater Bay Area -- Hong Kong, Macao and nine southeastern mainland cities including Guangzhou and Shenzhen -- can participate. The connect also could advance integration between the territory and the mainland.

Financial institutions are particularly excited by the opportunities in southbound investment. China's asset management market totals 122 trillion yuan and could reach 210 trillion yuan by 2025, according to Boston Consulting Group and others.

"The Wealth Management Connect is a significant breakthrough for the financial sector as it offers a new channel for GBA residents to capture cross-boundary and new investment opportunities to diversify and enhance their portfolios," said Daniel Chan, head of the Greater Bay Area at HSBC.

As interest rates sag globally, HSBC has bolstered its fee-based asset management operations. The bank plans to add over 1,000 wealth managers in Asia by the end of the year.

Citigroup, which has announced its exit from retail banking in key Asian markets, nevertheless is doubling down on wealth management in Hong Kong. The bank aims to hire over 1,000 wealth professionals in the city, triple its clients and double assets under management in the next five years.

Still, Moody's Investors Service expects the connect to generate limited fee income for banks, given its relatively low cap on individual transactions. Some players like BlackRock and JPMorgan Chase are instead opting to set up shop directly on the mainland, pending approval by local regulators.

Hong Kong has long served as a bridge between mainland China and the rest of the world. The Shanghai-Hong Kong Stock Connect opened in 2014 to allow mainland investors to buy Hong Kong-listed stocks and overseas investors to purchase mainland shares. Northbound trading on the Bond Connect started in 2017, and southbound trading is expected to start as well in the near future. The Wealth Management Connect will be the third such cross-market link.

Transactions on these connects have grown steadily and contributed to Hong Kong's status as an international financial hub. Christopher Hui, Hong Kong's secretary for financial services and the treasury, has expressed interest in greater cooperation with the mainland in insurance and exchange-traded funds as well.