TOKYO -- Aluminum prices are hovering at a 13-year high as China, the world's biggest manufacturer of the base metal, reins in production to meet carbon emissions targets amid tight electricity supplies and high freight costs.

Aluminum is widely used in everyday life -- from car parts, to tins used for food and drink, to electrical components. A global push toward decarbonization in the short term will lead to soaring commodity prices, as manufacturers look for alternative, greener ways to generate the power needed for production.

As economies slowly recover from last year's COVID shock, demand for aluminum is rising again, particularly from China, which accounts for 60% of global consumption.

Yet, production from China has been hit by drought and a surge in thermal coal prices, as hydro and thermal power stations are finding it difficult to increase power generation, given President Xi Jinping's aim to reduce emissions. Xi has said that he expects China's emissions to peak before 2030 and trend downward until the country reaches carbon neutrality by 2060. The production of aluminum, which accounts for around 4% of China's total carbon emissions, is one of the industries, along with steel and cement, that are expected to rein in emissions. Beijing has said that it wants to cap the industry's annual smelting capacity and producers to reduce emissions, while shifting to secondary or recycled aluminum production.

One of the challenges faced by the industry is rising energy prices. Before, aluminum smelters moved to Yunnan Province, where there are hydroelectric power stations, paid a so-called preferential price for power but now, the government is trying to stop attracting too many smelters to go to the Province and fewer smelters are benefiting from such low power costs. Other big consumers of power such as silicon and magnesium manufacturers are also expanding, further raising the risk of energy outages. 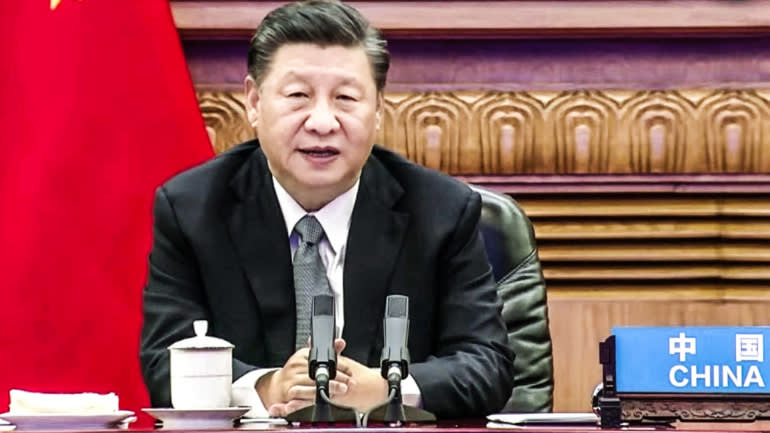 "The impact of this will be of course to increase the cost of production for the smelters and the impact will be to further support the price," said Uday Patel, an analyst at Wood Mackenzie.

A coup that happened in Guinea on Sept. 5 is another bullish factor for aluminum prices. The West African country is home to the world's largest reserves of bauxite and a major supplier of bauxite for China.

Global aluminum demand is expected to grow gradually on "green" demand. Car manufacturers will use more aluminum to make lighter cars in order to be more fuel-efficient, while more aluminum electric wires will be needed to build offshore wind power stations.

"On one side, the problem is the aluminum industry is not always very green, on the other side, you need aluminum to decarbonize your economy," said Patel.

Amid the recent price surges, a trader said that Japanese buyers and Australian producers are in discussion on a premium of around $230 a ton on top of the LME price, the highest in the past six to seven years, for the October-December quarter. Such negotiations between sellers and buyers take place every quarter.

The trader said that buyers in Europe and the U.S. are facing even higher premiums to get aluminum delivered to them from Malaysia or Singapore.

This is in large part due to rising freight prices. Entry restrictions imposed by countries as COVID countermeasures have made it difficult to switch crew. There are now fewer dock workers also due to the pandemic, which has led to longer cargo handling times. At the same time, the pandemic has led to a surge in shipping demand as consumers go online and stay home, causing prices to surge. The Baltic Dry Index, a global indicator for bulk freight rates, stood at 4,304 points as of late September, the highest in 13 years.

"At first, we expected that travel restriction will be lifted along with global vaccine rollout," said Ryo Ebihara, president of Trump Data Service, a maritime market research firm. "As long as there is no end to the restrictions in sight, the current tightening situation in the shipping market is likely to continue."

On top of all those conditions, U.S. monetary easing has led to an influx of funds into commodity markets, said Tomomichi Akuta, senior economist at Mitsubishi UFJ Research & Consulting. 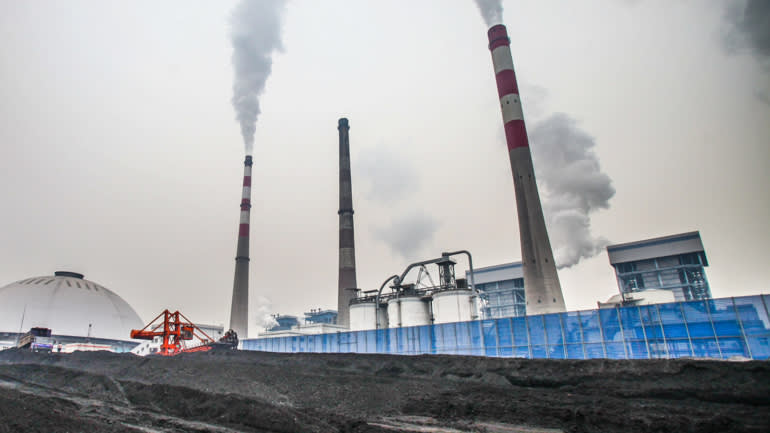 As countries move to cut carbon emissions and reinvest in greener technologies, commodity prices are likely to rise in the short term.   © Getty Images

Benchmark oil prices have jumped 43% since the start of the year, while copper and nickel have risen 20% and 13% respectively, and coal is nearing an all-time high.

In some commodities such as oil and coal, plans to reduce emissions will only tighten the markets more. "Shareholder pressure and the threat of future EV adoption is causing oil producers to dramatically reduce their capex plans," noted Andrew Sheets, chief cross-asset strategist at Morgan Stanley, adding that the development will limit supply and keep prices inflated.

Akuta at Mitsubishi UFJ Research & Consulting said the focus on addressing climate change would mean an increase in demand for raw materials for electric vehicles and renewable energy and a fall in supply from industries that emit carbon dioxide.

"The two sides of the impacts would mean higher commodity prices and the prices are more likely to stay in those level," Akuta said.