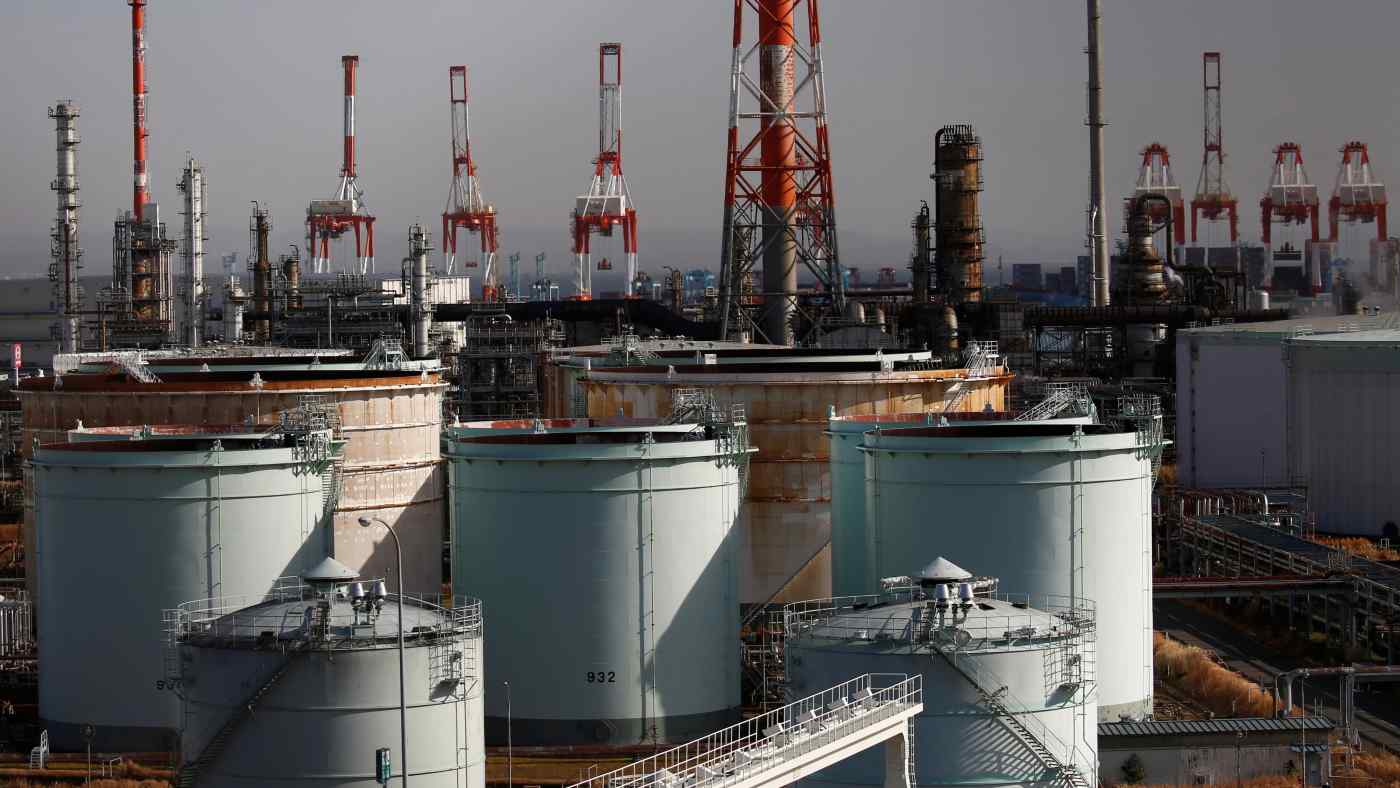 TOKYO -- Japan is moving to share its oil reserves with Southeast Asia to cushion the region from any disruptions to Middle Eastern supply, especially amid heightened tensions between the U.S. and Iran.

Tokyo is already believed to be in talks with Vietnam and the Philippines, with plans to sign with multiple countries this year.

The International Energy Agency requires member countries to stockpile 90 days of net oil imports in case of emergency. Japan can meet domestic demand for 112 days on government reserves, plus 79 days on private-sector reserves and three days on a shared stockpile with oil producers -- on a par with other countries that are net importers of oil.

Meanwhile, many Southeast Asian countries have struggled to build up their reserves despite rising demand. Most are not IEA members and are not believed to meet the 90-day threshold.

Japan looks to share a portion of its oil reserves with them without causing problems at home. In exchange, it hopes to use their refineries to process crude should disasters or other circumstances cut off access to Japanese refineries.

IEA members are expected to release stockpiles in coordination with other members in emergencies. Japan has done so three times in the past. But only rarely do IEA members share their stockpiles with nonmembers, the Ministry of Economy, Trade and Industry reports.

More than 60% of crude shipments to the Asia-Pacific region come from the Middle East, according to BP. The region is vulnerable to disruptions to shipping lanes in the Strait of Hormuz near Iran.

Japanese demand for oil has decreased year by year as the population shrinks, so the same amount of reserves can meet its needs for longer. Channeling capacity to other Asian countries could prove an effective use.

The government also hopes that the oil-sharing scheme will help Japanese companies land construction contracts for refineries and storage facilities in Asia.

Sharing reserves could boost Japan's role in the region as well. While China is doubling down on commodity-related diplomacy in Asia, it has so far focused on building up its own reserves when it comes to oil.

The plan will be included in a new resource strategy white paper due out from METI by the end of March.