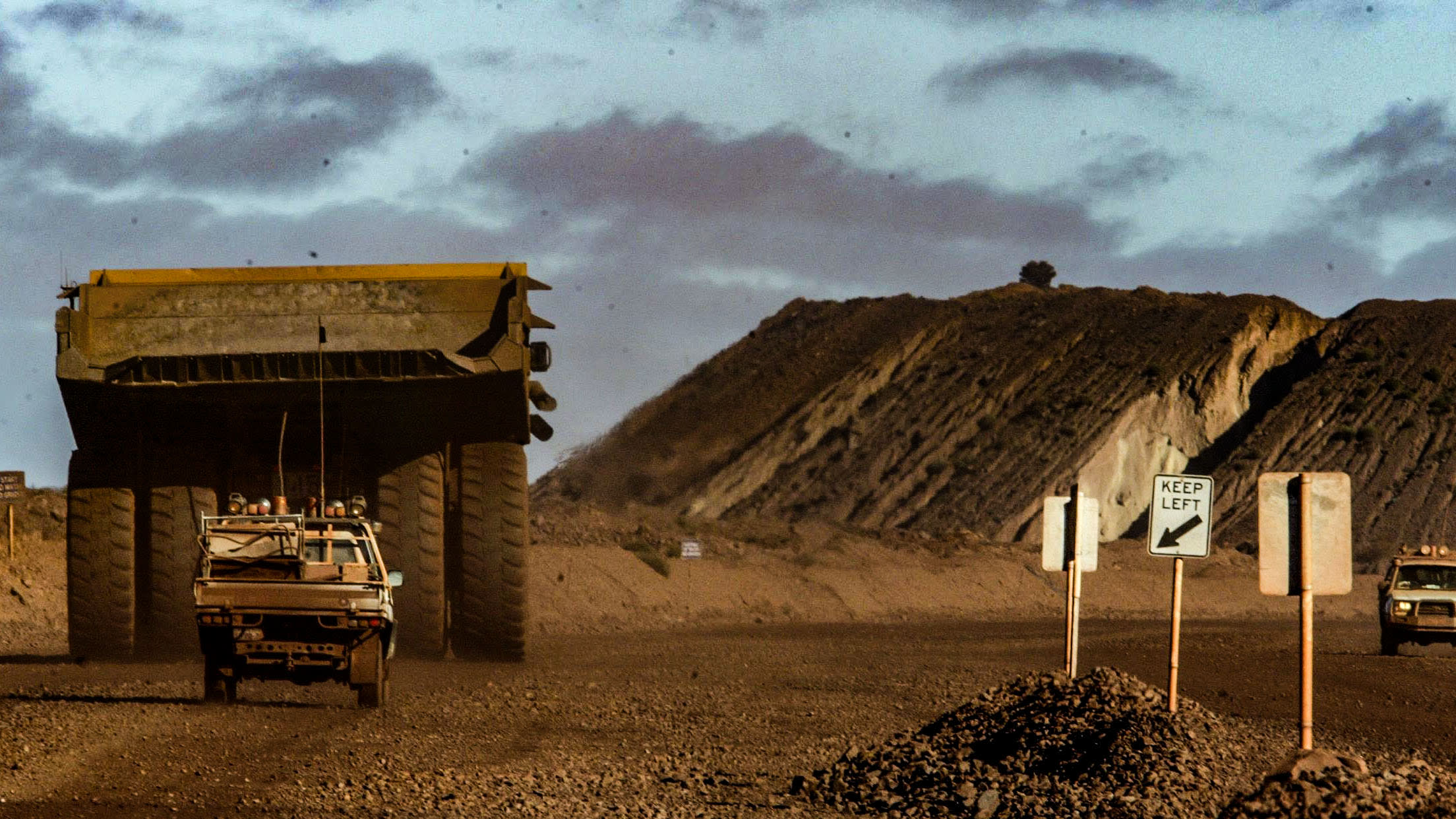 TOKYO -- Australian resource giants BHP Billiton and Rio Tinto have increased iron ore production thanks to an infrastructure binge in China, a country that has otherwise been intent on slapping Australia with economic penalties.

China's buoyant steel demand can take much of the credit. According to customs data, China's iron ore imports jumped 9.5% in 2020 to an all-time high of 1.17 billion tons.

The country buys around 70% of globally traded iron ore, and ongoing tensions between China and Australia -- Beijing has been particularly miffed since April, when Canberra dared to suggest an inquiry into the origins of COVID-19 -- have had little impact on the iron ore trade. This is partly because Brazil's Vale, the world's largest iron ore producer, has not fully recovered from a dam collapse in January 2019.

"Chinese companies have had no choice but to import iron ore from Australia to cater to the brisk domestic demand," said Atsushi Yamaguchi, a senior analyst at SMBC Nikko Securities. 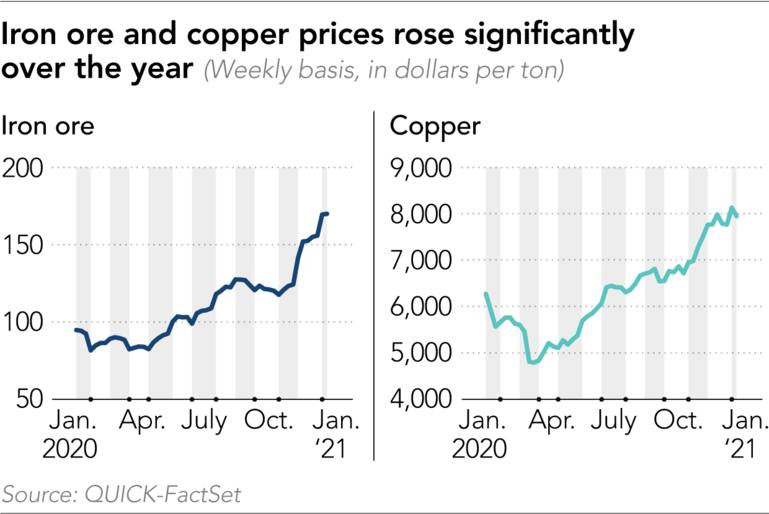 This is the result of China successfully curtailing the virus's spread and mitigating its economic impact. It has managed the latter feat partly by ramping up infrastructure spending.

"In China, the industrial sector has recovered and is now at pre-COVID levels due to the rapid deployment of stimulus," Rio Tinto said in a statement issued on Wednesday. "Exports continue to rise with the global economic recovery, and a policy shift to promote domestic investment and consumption is supportive of the commodity demand outlook."

China's gross domestic product grew 2.3% in 2020. It was the only major economy to grow during the pandemic-walloped year.

Auto sales and real estate investment helped. According to the China Association of Automobile Manufacturers, domestic car sales rose 6.4% in December to 2.83 million units, the ninth consecutive month of growth.

Meanwhile, the price of copper -- a material widely used by infrastructure builders and automakers in the form of electric wire -- has increased 27% since last January to $8,000 per ton, an eight-year high. Resource producers maintain a bright outlook for the Chinese economy in 2021. Rio forecasts that it will ship 325 million tons to 340 million tons of iron ore this year. This puts it in range of eclipsing last year's shipments of 331 million tons and setting a record for iron ore shipments by volume.

"Looking ahead, we see positive signs from the property and infrastructure sectors which represent more than half of overall steel demand in China," Elizabeth Gaines, CEO of Australia's Fortescue Metals Group, said in December.

Naohiro Niimura, a partner at Japanese commodities consultancy Market Risk Advisory, said China's economy may return to normal in the second half of the year.

The Chinese Communist Party will mark its 100th anniversary in July, and the government is expected to continue stimulating the economy at least until then. But all of its spending is raising the debt-to-GDP ratio and bringing about other side effects. As these negative consequences become more visible, they make it harder for Chinese officials to avert their eyes.

"China's government-led economic stimulus measure will likely slow down after July," Niimura added, "and as the economy normalizes, growth will be slower."