Cashmere piles up in Mongolia as coronavirus cripples trading

Herders fret over debts with prices two-thirds lower than 2019 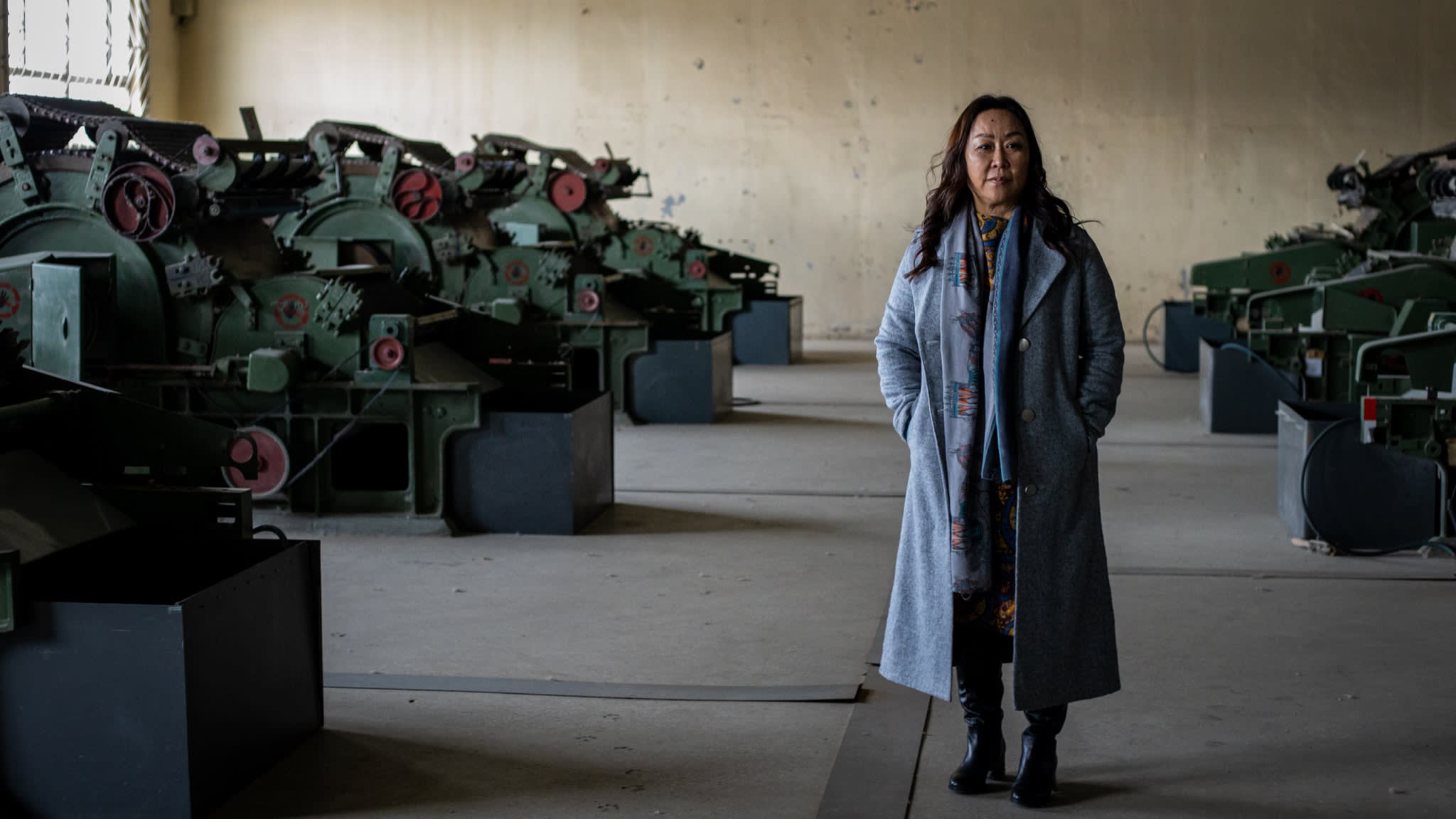 EMEELT, Mongolia -- After years of expanding their goat herds to meet growing demand for soft cashmere from Chinese traders and Western shoppers, Mongolian herders were looking forward to a bumper payoff this spring following the country's usual long brutal winter.

The coronoavirus pandemic has crushed those hopes for herders like Munkhsaikhan Telmen.

He recently drove four hours from his family pasture in Tuv Province to the Emeelt market near Ulaanbaatar just to sell 2 kg of raw cashmere fiber for 90,000 tugrik ($34) in cash to meet immediate household expenses.

The bulk of the wool gathered from the Munkhsaikhans' 200 goats is piled in their yurt as cashmere now fetches barely a third of what it did last year when the family sold around 167 kg.

"It seems like this pandemic has killed everything for us," Munkhsaikhan said.

Mongolia produces around 40% of the world's cashmere fiber, but the country's herders, traders and processors depend on Chinese buyers who purchase more than 80% of their wool for further processing into yarn that can woven into sweaters, scarves and other clothes.

Cashmere is Mongolia's top non-mineral export and more than a third of the country's population of 3 million is involved in its production.

The herders usually generate two-thirds of their annual income through spring sales of the hair their goats accumulate during the frigid winter, using the proceeds in part to repay grocers and vendors who sold them supplies on credit.

But with international travel and many factories worldwide shut down by the COVID-19 outbreak, the Chinese just aren't buying this year.

"There is almost no demand for cashmere," said Shu Quming, a Chinese trader at Emeelt. "I can't tell the price because of the uncertainty, so I am not buying now."

Munkhsaikhan made another trip to Emeelt to raise cash so the family could catch up on payments on a Toyota Prius car it leased last year when they were selling their raw cashmere at 110,000 tugrik/kg. Now that the price is down to 45,000 tugrik/kg, his parents are worried about an 18 million tugrik loan they took out last November for hay. Herder Munkhsaikhan Telmen, right, negotiates the sale of 2 kg of raw cashmere with a trader. (Photo by Anand Tumurtogoo)

"We watch the news every evening to find out what the government will say about us and how they will save us," he said.

Chinese and European clients of cashmere processor Khatant International have been canceling orders across the board in recent weeks, Chief Executive Bayarmaa Byambaa told the Nikkei Asian Review.

"My partners in Italy don't talk about business or price at all," Bayarmaa said of her top market. "All they say is, 'Stay healthy then we will meet someday.'"

Bayamaa is now considering branching into sheep wool to keep factory staff busy. Gobi Cashmere, the country's largest fiber processor, has already cut about 10% of its 2,550 staff due to plunging sales.

The government initially offered 300 billion tugrik in subsidized loans, at a discounted 3% interest rate compared to the average commercial rate of 17.6%, to processors on condition they purchased cashmere from herders at 100,000 tugrik per kg or more.

But with cashmere trading in Emeelt at no more 55,000 tugrik/kg, processors showed little interest. 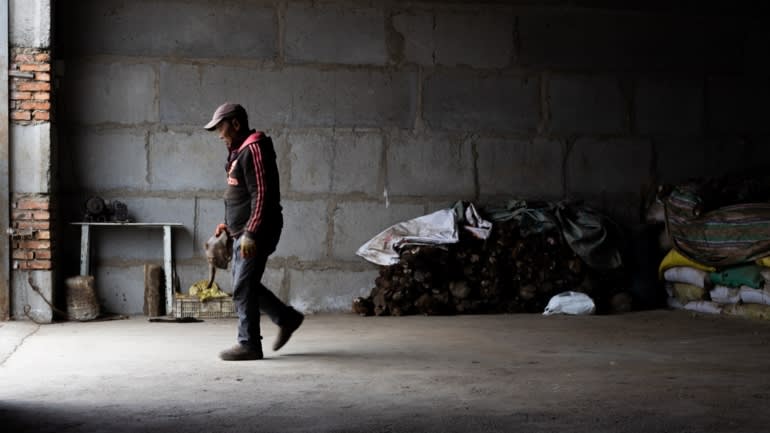 Usually traders’ warehouses in Emeelt would be full of raw cashmere, but herders are holding back supplies with COVID-19 driving prices down. (Photo by Anand Tumurtogoo)

With Mongolian voters scheduled to go the polls to elect a new parliament on June 24, Prime Minister Khurelsukh Ukhnaa last week announced that herders would be paid a subsidy of 20,000 tugrik/kg per goat.

While herders are eager for details about when and how the payments will be made, many in the industry are also hoping the government will soon relax border controls to allow entry by Chinese traders and tourists.

Health officials say the country has not had any cases of local COVID-19 infection due to early moves to tighten border controls, impose social distancing and require the wearing of masks. All 42 confirmed infections involve Mongolians returning from overseas, according to the government.

"It will be a scary thing for herders if Chinese partners cannot come here," said Erdene Zorig, an Emeelt cashmere trader. "They buy their cashmere only after they check quality with their own eyes and hands."