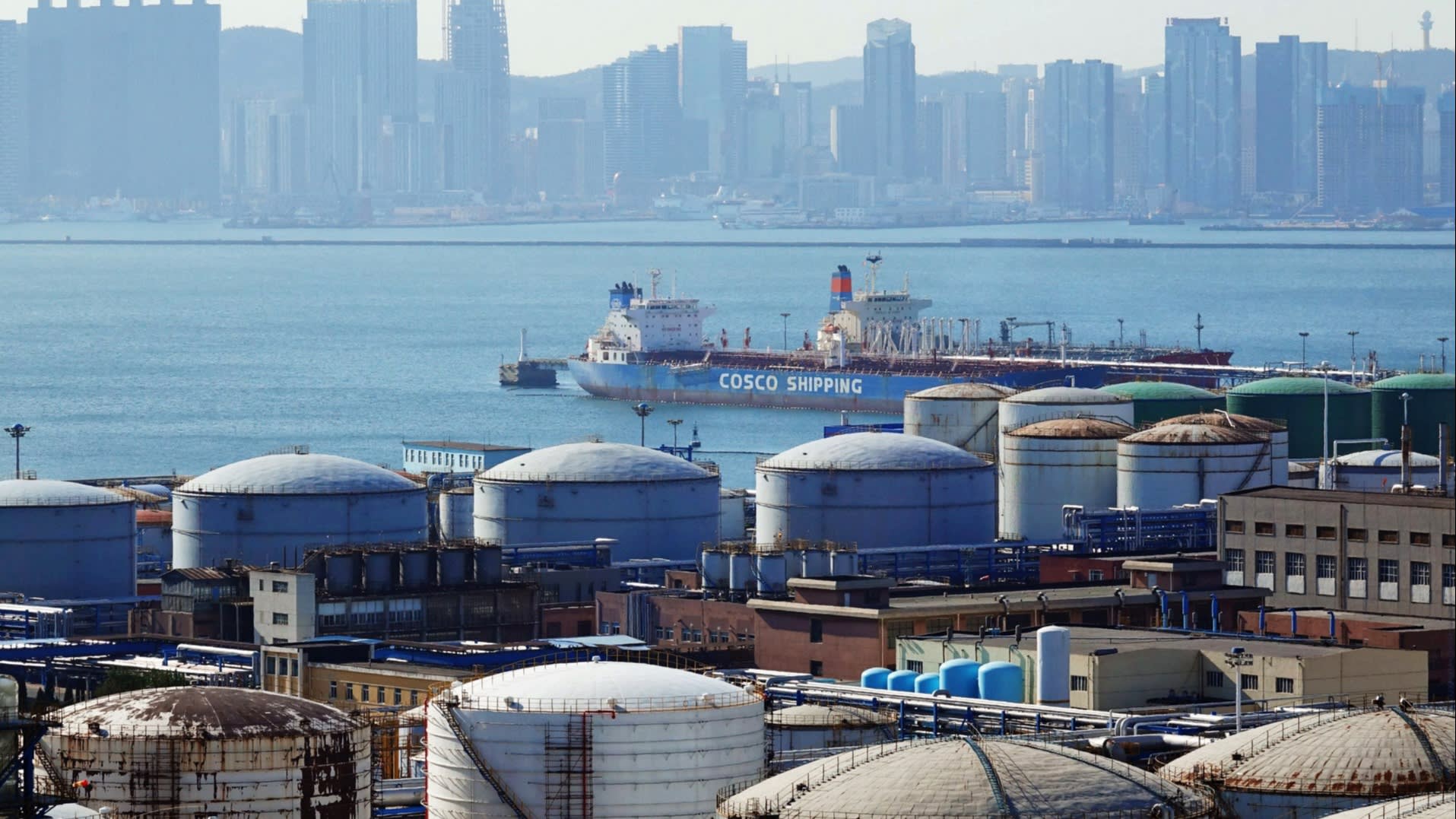 SHANGHAI -- China has rushed to build up its reserves of food and other strategic goods from foreign sources, aiming to ensure a steady supply in the face of a widening array of global risks.

The oil tankers Stream and Snow made stops at the Guangdong Province port of Huizhou in July en route from Iran, according to Refinitiv, bringing crude oil that was likely received at facilities used exclusively by China Petroleum & Chemical, or Sinopec. The Chinese government built a state-run storage terminal at the port in 2010.

Tankers departing from Iran docked in China multiple times in August and are scheduled to do so this month as well. China imported 320 million tons of crude oil between January and July, 12% more than in the same period of 2019, official data shows.

This rise comes amid concern about the potential impact of the coronavirus pandemic, climate change and tensions with the U.S. on access to goods for which China depends on outside supplies. Beijing is keen to keep its reserves high to avoid shortages that could spark domestic discontent.

Beijing is believed to be buying resources on the spot market to supplement its supply from long-term contracts. It reportedly used the plunge in oil prices this past spring as an opportunity to add to its stockpile.

China keeps information about its national reserves secret, and almost no data is made public. But it was reported in August that state-owned Beijing Antaike Information advised the government to increase its cobalt stockpile by 2,000 tons. Cobalt is used in lithium-ion batteries, among other applications, and China's push for broader adoption of electric vehicles has increased its consumption of the metal.

The Chinese government reportedly bought more than 2,000 tons of cobalt in 2015 and again in 2016. The coronavirus pandemic is disrupting shipments from the Democratic Republic of Congo, which accounts for the majority of the world's supply. Market watchers expect prices to pick up in the second half of this year when Chinese demand begins to recover in earnest.

Antaike has confirmed that it made the proposal while saying that the exact timing of the stockpiling is unclear.

Legislation on chemical fertilizer reserves that took effect last week included a subsidy for private-sector stocks of potassium. This aims to boost stockpiles of a resource that is not as abundant domestically as nitrogen and phosphorus, as well as to ensure an ample supply of fertilizer in case of floods or other natural disasters as global climate change leads to more extreme weather.

China has also largely kept its grain stockpiles high, with the notable exception of soybeans.

The country had more than 150 million tons of wheat in the 2019-20 marketing year, up around 30% from three years earlier, while rice stocks jumped nearly 20% over the same period to well over 110 million tons, according to the U.S. Department of Agriculture. Corn stocks dipped 20 million tons in that time, but the overall trend has been a gradual rise.

Yet Xi's government has launched a campaign against overconsumption and food waste for two main reasons.

One is concern that if grain harvests abroad are poor, China might not be able to procure enough to meet its enormous domestic demand. The country bought nearly 90 million tons of soybeans last year, accounting for 60% or so of global imports, and demand is expected to keep rising as economic growth alters consumer eating habits.

The other worry is the possibility of Beijing's deteriorating ties with Washington hindering access to markets.

China is "unlikely to see a crunch in the short to medium term, but Xi's government is considering risks related to international relationships," said a representative of a major Japanese trading house.

Reports in April indicated that China was building up its reserves of soybeans, corn and cooking oil. With the odds of major flooding in the fertile Yangtze River basin on the rise and COVID-19 showing no signs of abating overseas, Beijing is likely to continue its stockpiling while using purchases of soybeans and other crops as a bargaining chip in negotiations with the U.S.