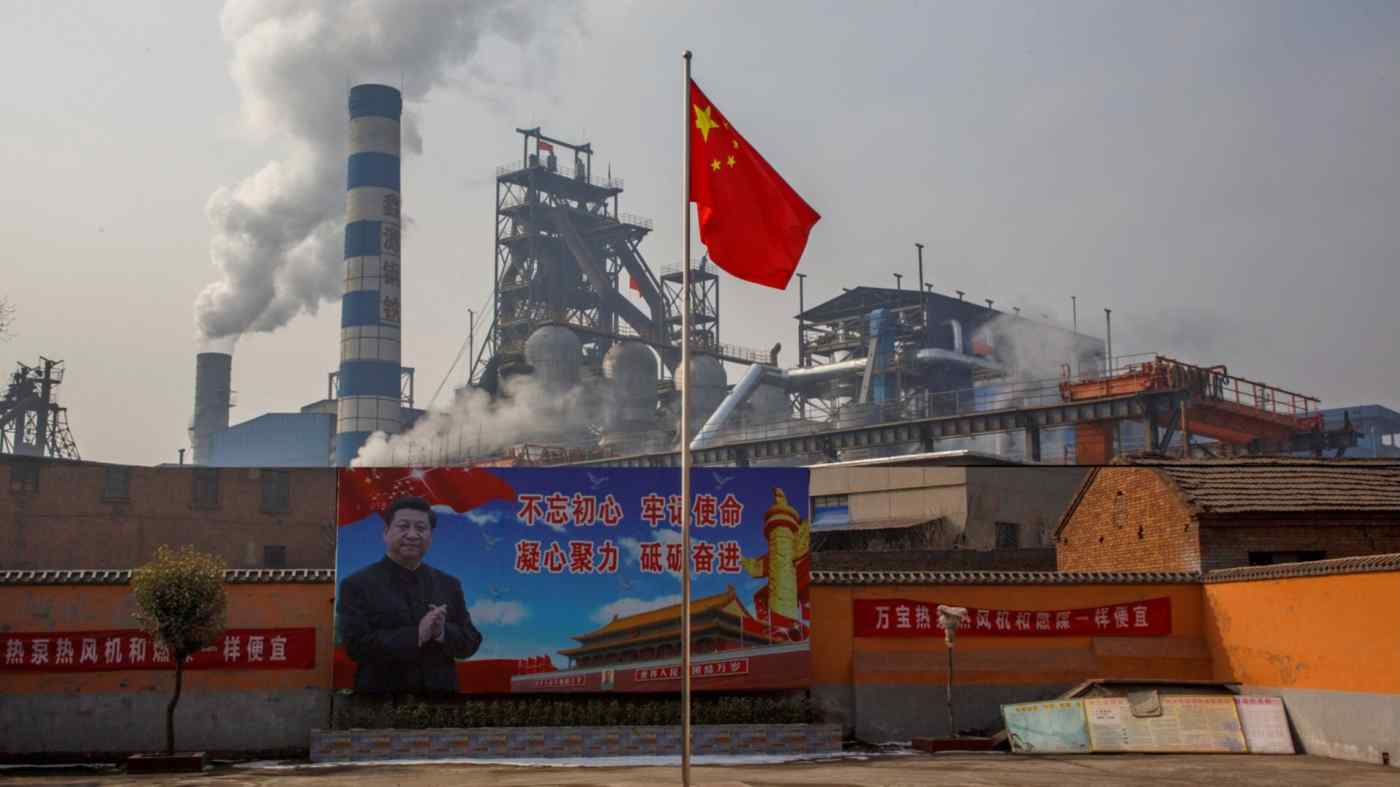 TOKYO -- China has ramped up its steel production lately even as the overall industry retrenches, further enlarging the top country's market footprint.

Global crude steel output dropped a third straight month in May, by 8.7% on the year to 148.78 million tons. Chinese production rose 4.2% to 92.27 million tons that month. The World Steel Association released the provisional figures Tuesday.

China's share reached 62%, up from just over half for 2019 as a whole. Steelmakers are increasing imports of iron ore, driving up its prices and putting the foreign competition on edge over the potential harm to earnings.

"The threat from China does not compare to what we've seen so far," said Eiji Hashimoto, chairman of the Japan Iron and Steel Federation and president of Nippon Steel.

Chinese crude steel production set a record this May in monthly figures from the National Bureau of Statistics. Public works investment and the manufacturing sector have recovered under government stimulus measures. This has spilled over to the nation's steel industry, which has shaken off the new coronavirus.

Steel manufacturing continues to struggle elsewhere. U.S. crude steel output sank 36.6% to 4.79 million tons for May, while the European Union's figure was off 26.8% at 10.49 million tons.

May's global decline was less than the 13.4% drop in April, mainly owing to China.