Import prices in Japan shoot up by double digits 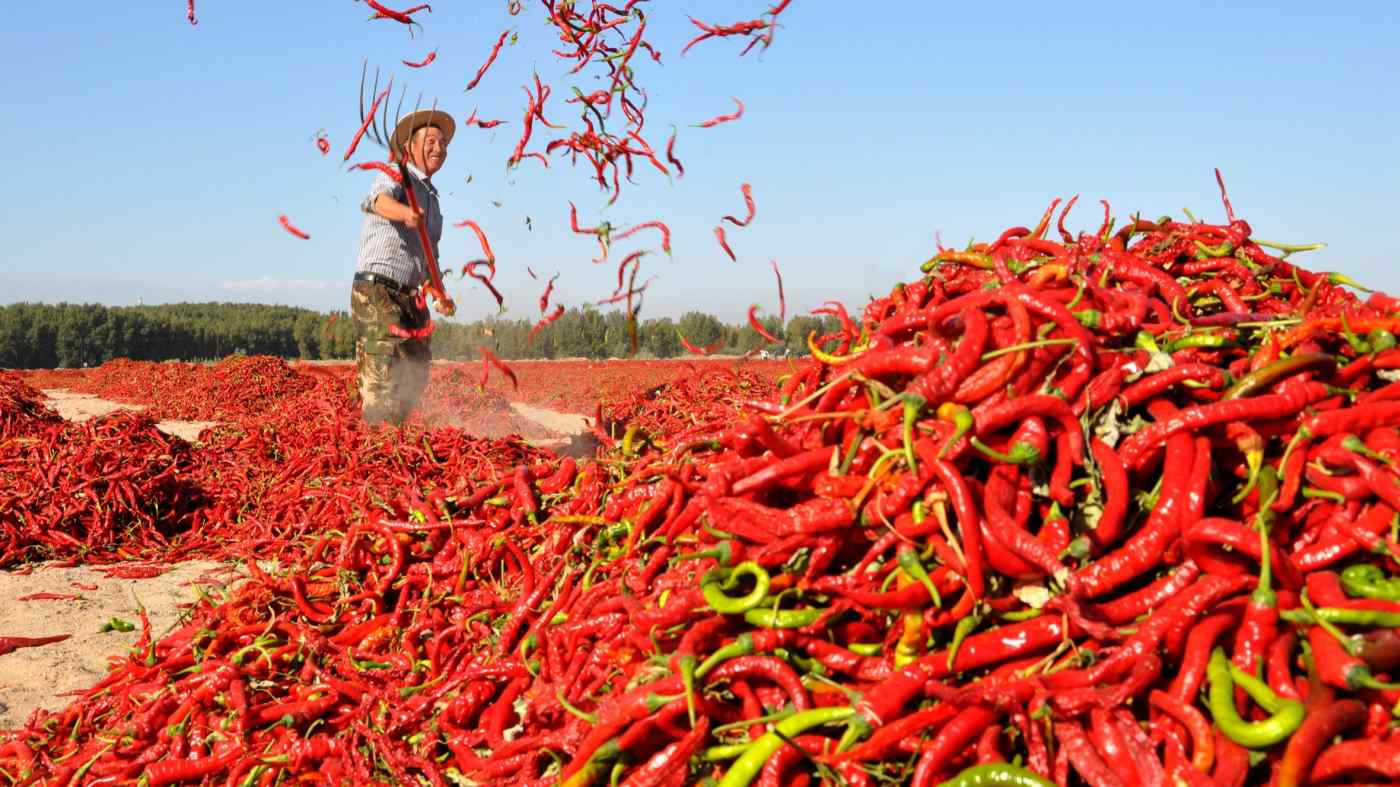 TOKYO -- China's insatiable appetite for chile peppers has made the spice an even hotter commodity.

In Japan, import prices for dried Chinese chile peppers have jumped 13% over a year, government data shows. And export prices from China have climbed 9%, according to a trading house.

"As living standards rise with income, demand for chile peppers has grown throughout the mainland," a trading company representative said.

The burgeoning popularity of spicy Sichuan and Hunan cuisine has driven consumption up. Demand has mushroomed to the point that China is importing chile peppers from India.

Japan, which produces only a few percent of the chile peppers it consumes, imports an annual 12,000 to 15,000 tons of dried chile peppers a year. Roughly 90% of this comes from China.

In China, export prices for chile peppers have trended higher for the past five years or so.

The quarterly average export price for China was $2,200 per ton in November 2019, according to a trading house, up 18% from two years earlier. Extra-spicy varieties popular in Japan fetch up to $5,000 a ton.

Inclement weather has contributed to the supply crunch. Chile peppers are produced mainly in Sichuan, Guizhou and six other Chinese provinces. They are normally harvested and sun-dried between October and November.

Chinese farmers are also hording inventories to raise prices further, according to a spice supplier.

China produced 320,000 tons of chile peppers in 2018, according to data from the United Nations' Food and Agriculture Organization. It was second to India, which produced 1.8 million tons and commands a 40% global share.

Although China imports from India, "the crackdowns on smuggling and circuitous shipping routes have intensified," a trading company source said. The stepped-up enforcement has made Chinese supply even tighter.

The coronavirus outbreak in China has not significantly disrupted chile pepper supplies in Japan.

"There are cases where shipments were delayed, but no perceived product shortage has emerged in the Japanese market due to existing inventories," a trading company representative said.