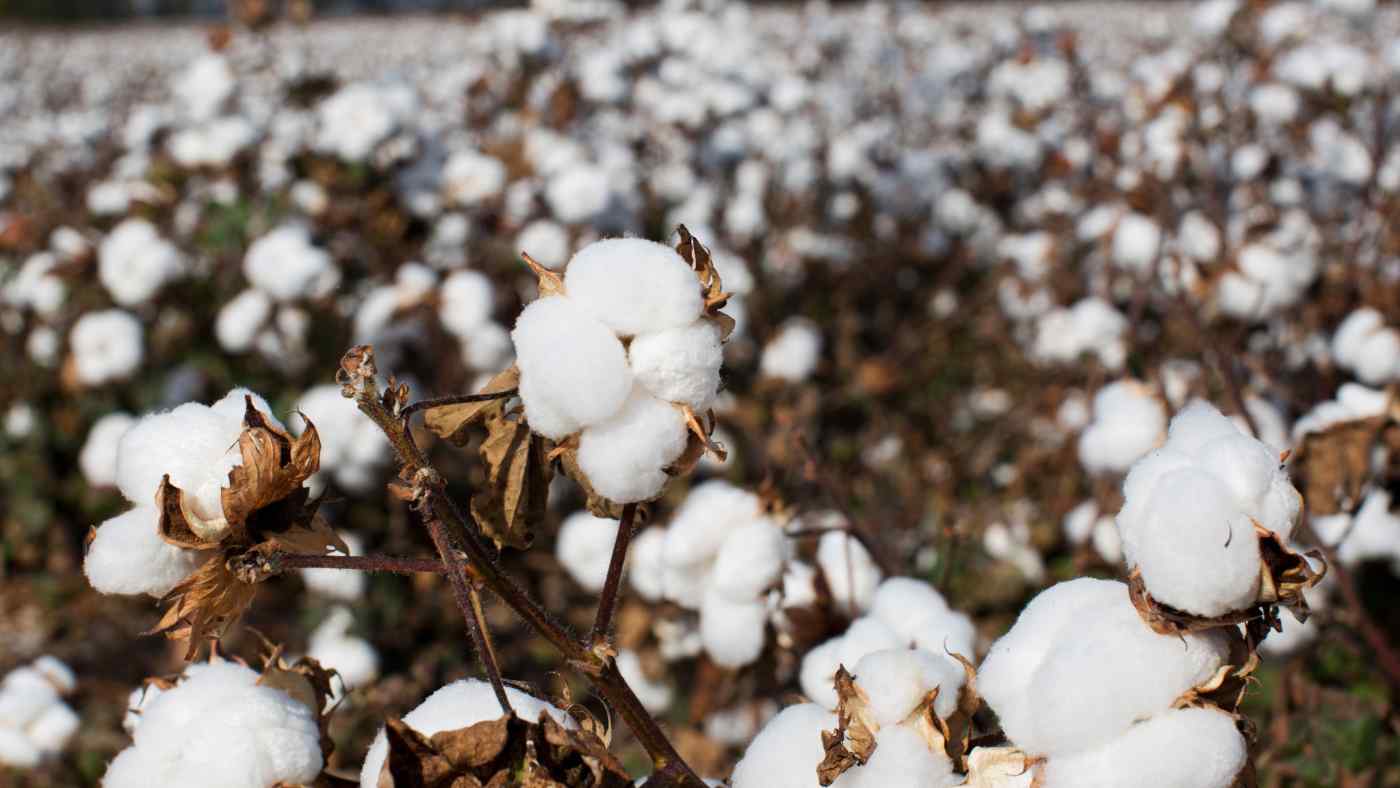 A cotton field in the U.S. state of Alabama: Poor weather in the U.S. this past spring forced farmers to plant later than usual, in turn pushing back the harvest.   © Reuters
AYAKA FUNAKI and SAYAKA SAITO, Nikkei staff writersDecember 3, 2021 01:57 JST | U.S.
CopyCopied

TOKYO -- A global shortage of cotton is worsening rapidly due to a delayed harvest in the U.S., the largest exporter, as fashion brands with a footprint in China avoid cotton from the western part of the country over alleged human rights abuses there.

Cotton inventories have declined to the lowest level in 10 years for products that are certified by the U.S.-based Intercontinental Exchange (ICE). "It's unprecedentedly low," is how Nobuo Oshimo, representative director at the Japan Cotton Traders' Association, described the inventory situation.

Stockpiles plunged by more than 90% over a month through the end of November, at one point falling to 194 bales. While the figure has recovered to roughly 400 bales, it is still well short of the tens of thousands of bales usually stockpiled.

"There has been no change to this situation of extreme scarcity," one trader said.

Cotton needs to meet certain standards such as fiber length to be included in ICE's inventory, but the harvest delay has impacted the inspection process. Furthermore, strong demand means that a lot of cotton is being exported before being warehoused, another factor behind low inventories.

Poor weather in the U.S. this past spring forced farmers to plant later than usual, affecting the harvest. American producers are rushing to harvest the cotton, and a report by the U.S. Department of Agriculture shows 85% progress as of Nov. 28 -- higher than the five-year average. While new cotton has finally started to reach the market, the supply crunch has not been resolved partly due to a personnel shortage in the logistics sector.

Demand for U.S. cotton has been growing mainly in China, the largest consumer. American and European fashion brands such as H&M and Nike, as well as Japanese companies like Mizuno and Sanyo Shokai, have decided to stop using cotton produced in China's Xinjiang Uyghur Autonomous Region as reports of forced labor and human rights abuses mount in the region, allegations that Beijing denies. Chinese manufacturers that export cotton products are moving to source their cotton from the U.S. and elsewhere instead of Xinjiang.

Delays in container shipments between the U.S. and China are also taking a toll, with deliveries said to be about two weeks slower than usual. An official at a Japanese trading house notes that there is a surge in buying on expectations of delivery delays.

Cotton prices are up almost 40% from the beginning of the year. Benchmark New York futures temporarily climbed to $121.67 a pound on Nov. 2, the highest since July 2011. Recent selling by speculators concerned about the spread of the omicron coronavirus variant has pushed prices down, with cotton futures closing at $109.39 on Monday.

Cotton users in Japan and elsewhere are buying as little as possible, but "they need to buy what is necessary, even if prices are high," said a trading house official. The benchmark price in Japan has risen to the highest since January 1985, placing a burden on manufacturers of cotton fabric.

This time of year is typically when manufacturers buy cotton yarn to make products for next summer, but demand is weak in the towel and apparel industries. As a result, fabric makers have been unable to pass on their higher costs for yarn, prompting some to reduce yarn orders.