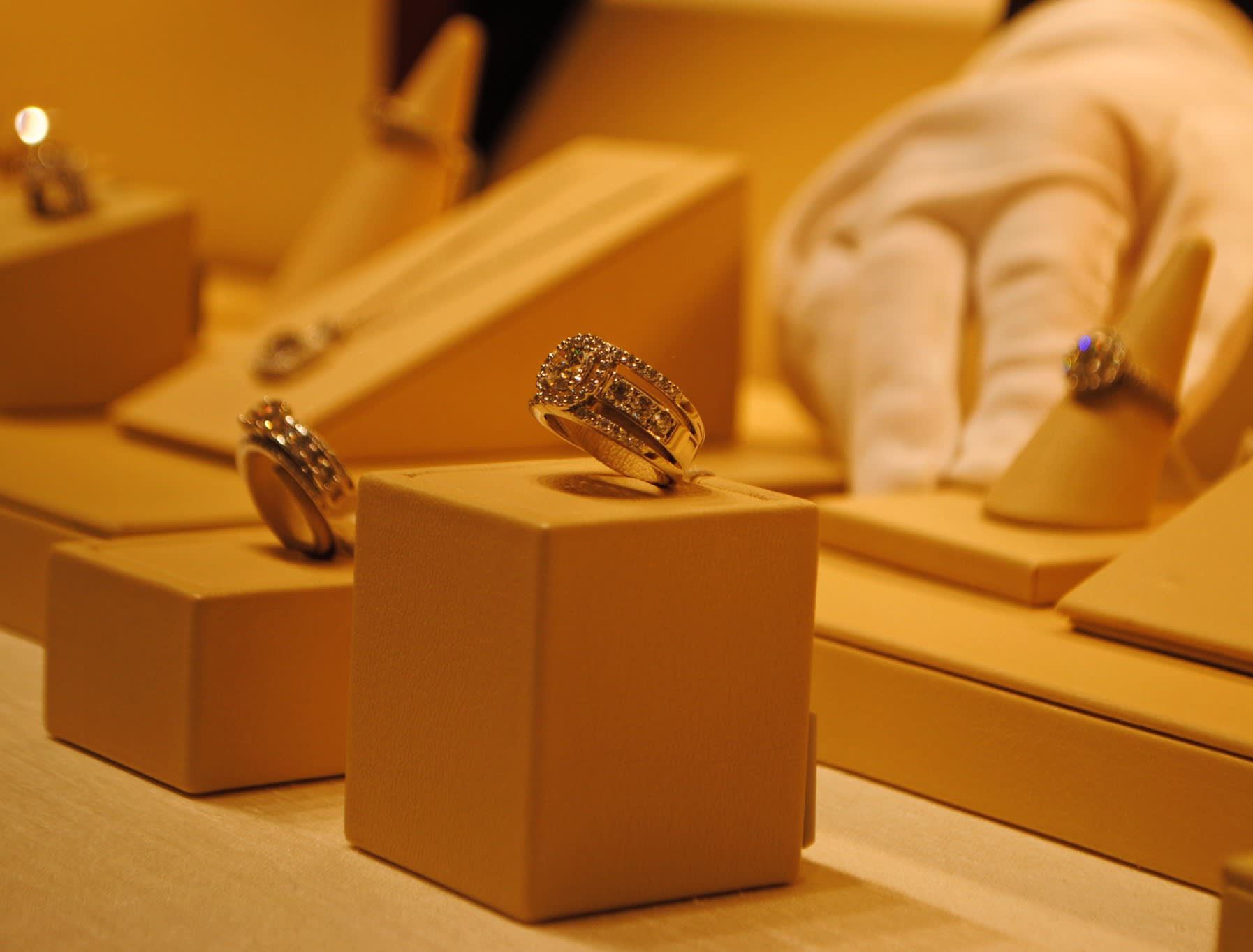 TOKYO -- Diamond prices have fallen to a five-year low as weakening economies in major emerging countries have pushed down demand.

The downturn in the global diamond market has hammered miners, cutters, dealers and retailers alike, and the slump is now threatening the likes of De Beers and other major players who have historically maintained a stranglehold on the industry.

A Jewelry Show in Hong Kong this March offered clear signs of the downshift in demand in China, the top buyer after the U.S.

The event saw the usual throng of Chinese buyers walking around with cash-filled briefcases. This year, however, they were more interested in smaller diamonds, rather than 1-carat or larger stones that have been so sought-after in recent years.

The country's economic slowdown has sapped demand for large diamonds among Chinese consumers now struggling to afford a taste for jewelry and other luxury goods.

The reference price of 1 carat of polished diamond has declined 4% during the past year to $7,100. "The market has entered uncharted waters," says Nobuyuki Harada, a director at Suwa and Son, a Tokyo-based jewelry trader.

The global diamond industry's supply chain has been built around miners. Diamond production and sales are largely controlled by mining behemoths like De Beers, which is 85 % owned by Anglo American and is the world's top diamond producer with mines across southern Africa and Canada. These mining companies sell rough diamonds to cutting and polishing businesses in processing centers such as India and Israel. The polished diamonds are then sold on to retailers and incorporated into the rings and necklaces on sale in jewelry stores.

Some 25 tons of rough diamonds are supplied globally every year, with 70% of the supply coming from mines operated by either De Beers or its Russian rival Alrosa.

With such a commanding market share, the miners have historically been able to take advantage of high demand and exert almost complete control over the market. But slumping sales are now undermining their ability to dictate prices.

Surat, a city in the western Indian state of Gujarat, is one of the world's biggest diamond cutting and polishing centers, where Diamantaires typically turn rough diamonds into 58-facet round brilliants. But weaker demand, especially for high-margin large stones, has drained the profits of the city's diamond cutters. "Many polishers have stopped operation," said a local jeweler.

Only a very limited number of cutting and polishing companies can buy raw stones from the mining giants. Demanding a price cut could see them lose the privilege. A large number of processors stopped purchasing rough diamonds as the prices set by miners made it impossible to operate at a profit.

An industry magazine criticized De Beers for manipulating prices to the point where the market all but collapsed, calling for the resignation of the company's top executives.

But when the processors cut purchases, De Beers, Alrosa and other producers were forced to slash prices of raw stones by 10-15% in 2015. The price cuts dragged down De Beers' pretax profits by 58% from the previous year to $571 million in 2015.

De Beers CEO Philippe Mellier admitted 2015 was a bad year for the company. In a move to lift its sagging bottom line, De Beers sold mines in Kimberley in South Africa, assets that once symbolized the company's industry supremacy.

The softening diamond market has cast the prospects of a planned diamond exchange in Singapore into doubt.

The launch of the Singapore Diamond Investment Exchange, touted as the world's first electronic exchange for physically settled diamonds, has been delayed from the originally scheduled September 2015 to April this year or later.

The exchange is to be operated by a company backed by a subsidiary of state investor Temasek Holdings and a group of investors including Jim Rogers, who has said it will play a central role in setting diamond prices in the fragmented market. But as the market has weakened, few traders are showing any interest.

Repercussions from the sinking global diamond market are being felt far and wide.

As Chinese demand has shifted toward smaller diamonds, it has become difficult to buy the small stones commonly used for wedding and engagement rings in Japan, according to a senior executive at jewelry trader Tokyo Pearl. But prices of large diamonds could fall even further, making the gems a little less unaffordable for many consumers.