TOKYO -- Swiss mining giant Glencore's decision to drastically cut zinc production during a commodity price slump in 2015 is paying off and sending ripples through the market.

The benchmark zinc futures on the London Metal Exchange hit a 10-year high in 2017 due to the tightening supply-demand balance as Chinese demand recovered, while Glencore continued to limit supplies. Now that the company has weathered the slump, it is  adopting a more aggressive investment policy. 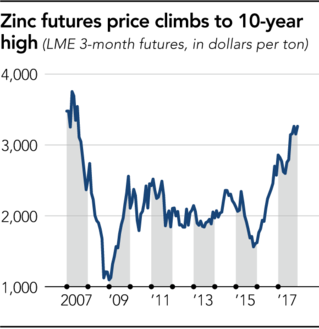 Back in late September 2015, drops in crude oil and nonferrous metal prices raised credit concerns for Glencore, which had a huge amount of interest-bearing debts. Its share price tumbled, and investors around the world unloaded risk assets such as stocks and commodities in a frenzy dubbed the "Glencore shock."

The mining company was forced to cut output of various minerals and sell off some assets. It has cut zinc ore production by around 500,000 tons, or one-third of annual output, since 2016. 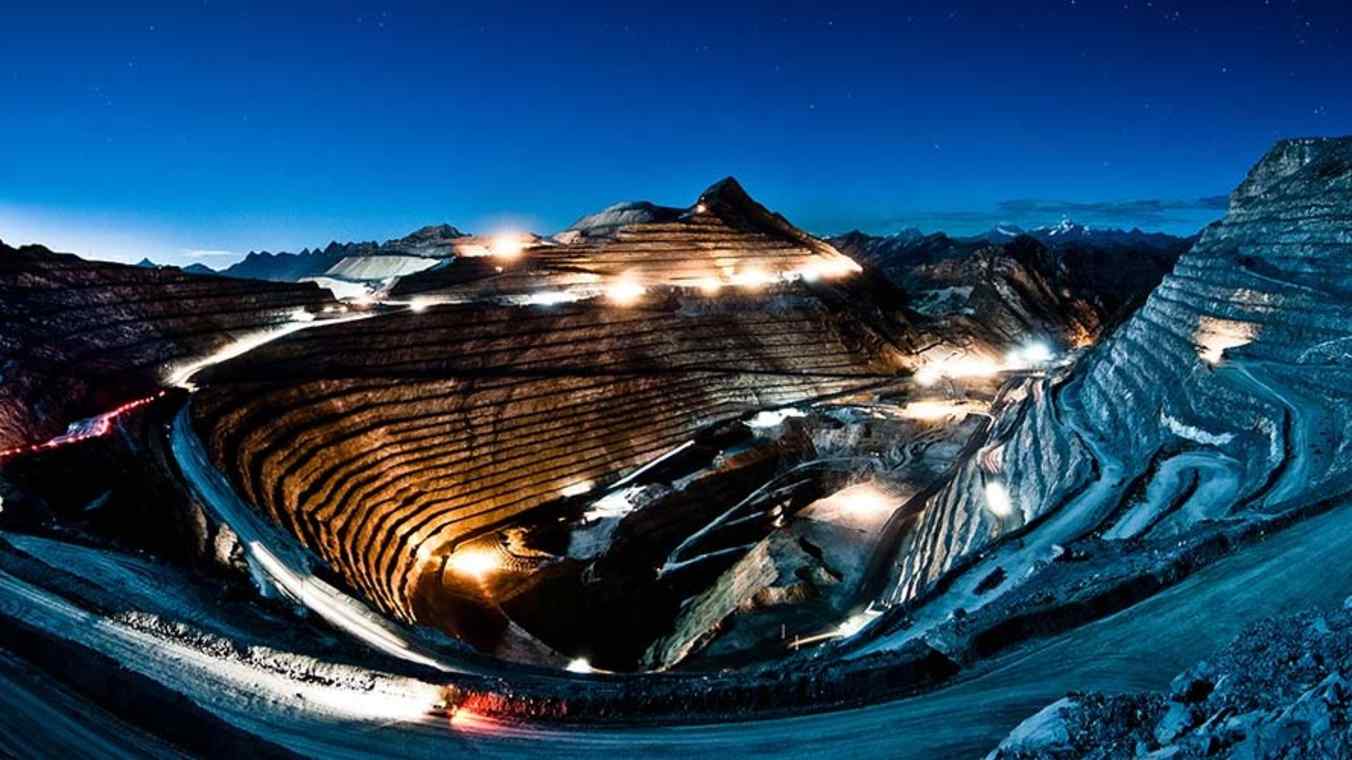 Demand for construction materials and automobiles also grew in Southeast Asia, and steelmakers using zinc are increasing their production. Nippon Steel & Sumitomo Metal teamed up with an Indonesian state-owned steelmaker earlier in 2017 and started operation of a new factory to manufacture high-end galvanized steel plates.

On the supply side, Chinese mines are cutting zinc production. The Chinese government restricted operations of smaller mines as part of environmental regulations to address serious air pollution. The policy has caused supplies of zinc ore and ingots to fall despite the rapid recovery in demand. In 2017, demand surpassed supply by about 400,000 tons, and the shortage is expected to continue in 2018.

The business environment has changed dramatically, and Glencore is on the offensive.

It announced earlier December that it will resume zinc ore production at a mine in Australia that had suspended operations. The production increase is estimated to be around 160,000 tons.

The commodity giant has also bought a further stake in a zinc mine in Peru to help expand its market share.

Glencore's aggressive strategy means trouble for Japanese and Chinese steelmakers whose production costs are rising due to the sudden rise in zinc prices. Nippon Steel & Sumitomo Metal announced in August that it will raise the prices of zinc-coated steel plate by 2,000 yen to 5,000 yen ($18 to $44) per ton. It is rare for a steelmaker to raise prices to pass on higher costs for zinc.

Pre-painted steel plates are also becoming more expensive. Yodogawa Steel Works hiked prices by 10,000 yen per ton starting in October. But analysts believe that steelmakers are unable to fully pass on the higher zinc prices and are shouldering losses.

The question is whether the supply shortage will continue. Mitsui Mining and Smelting projects that global consumption of zinc ingots will continue to surpass production in 2018. Kenji Sugawara, chief of the company's Metal & Recycling Division, said demand for galvanized steel for automobiles and construction materials will grow in China. Tomomichi Akuta, senior economist at Mitsubishi UFJ Research and Consulting, expects China's infrastructure investment to remain solid and unlikely to lose pace although the county's economy will slow down.

That's why investors are not selling zinc futures despite Glencore's announcement of a production increase. A labourer works at a cold-rolling mill on the outskirts of Wuhan, capital of central China's Hubei province   © Reuters

Oversupply is coming to an end for other metals because, in addition to solid demand from China, less competitive small and midsize producers were forced to sell their assets during the commodity slump.

All these factors may give Glencore and other major producers more control over prices. Anglo-Australian mining giant BHP Billion exercises overwhelming power in the market of coking coal, a raw material for steel, putting steelmakers and other consumers at a disadvantage in negotiations.

The time when consumers can reap the fruits of low resources prices is over. Now they need to brace for surging metal prices.