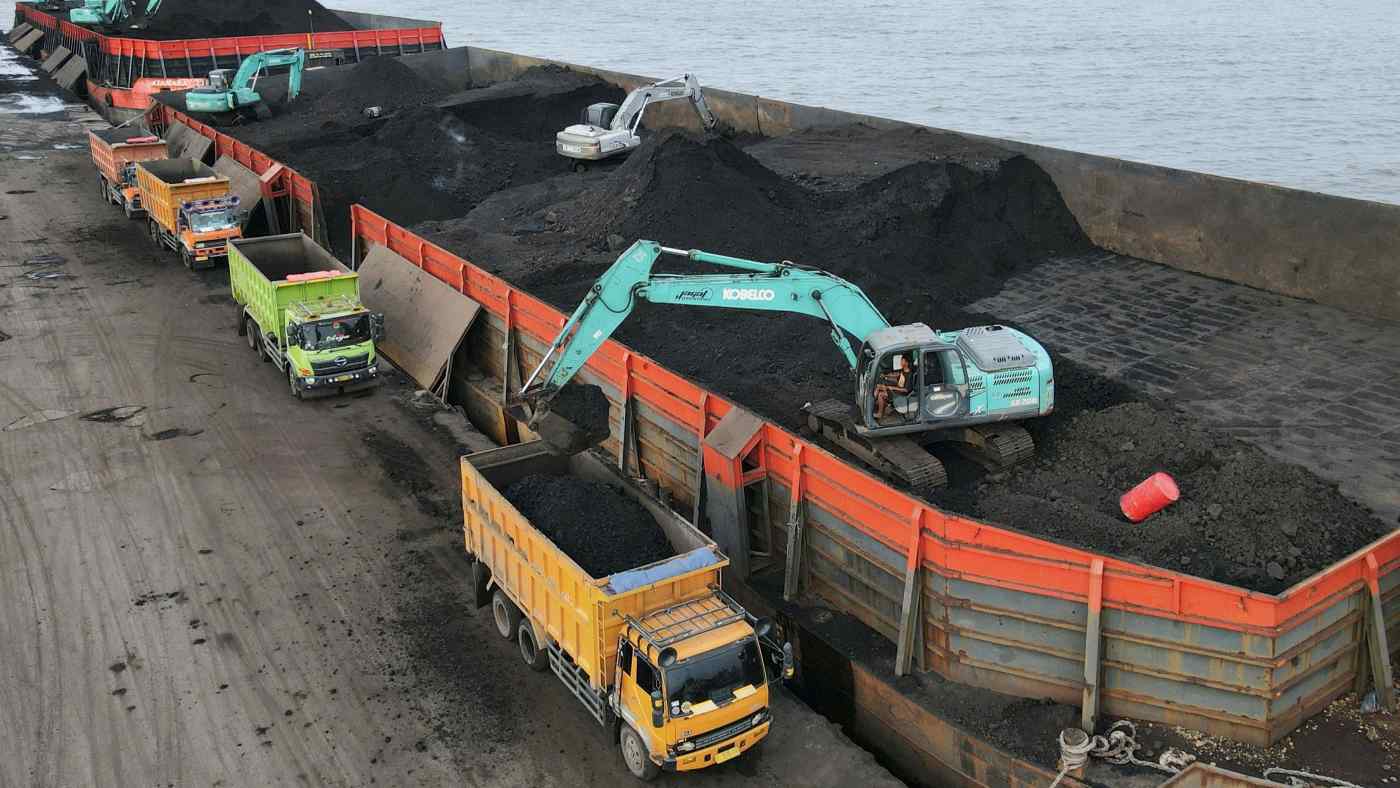 Coal is unloaded for distribution at Karya Citra Nusantara port in North Jakarta. Indonesia is the world's biggest exporter of thermal coal but has had an export ban in place this month to mitigate shortages.   © Reuters
January 18, 2022 18:10 JSTUpdated on January 18, 2022 19:45 JST | Indonesia
CopyCopied

JAKARTA (Reuters) -- Indonesia has so far allowed 48 coal export vessels to depart, a senior Trade Ministry official said on Tuesday, although the country's broader coal export ban remains in place until the end of the month.

"As of today, 48 vessels have been released from a total of 29 companies," senior official Indrasari Wisnu Wardhana told a virtual news briefing.

Trade Minister Muhammad Lutfi said that once miners fulfilled their so-called Domestic Market Obligation (DMO), they would be allowed to resume exports.

"There are many who haven't," Lutfi added.

Authorities have blamed the supply crunch on poor compliance of the DMO policy that requires coal miners to sell 25% of their output to local buyers, with a $70 per tonne price cap for power generators.

Energy Minister Arifin Tasrif last week said, out of 578 coal miners, 47 have exceeded DMO requirements while 32 miners have fulfilled between 75% to 100% of their DMO.

In a separate briefing, Rida Mulyana, a senior official at the energy ministry, said coal stocks at local power plants were "much better" and authorities were cranking up monitoring of the fuels deliveries to generators.

"We supervise the coal shipments right from the loading docks," he said.

"Hopefully, in coming weeks, the power outage risks due to lack of coal supply can be minimised or even avoided altogether."

The energy ministry is targeting that by the end of January, coal inventories at local power plants will be enough for more than 20 days of operation.

Meanwhile, an Indonesian parliamentary committee overseeing energy and mining was scheduled to hold a closed-door hearing with energy officials and state utility firm executives on Tuesday to discuss DMO implementation.