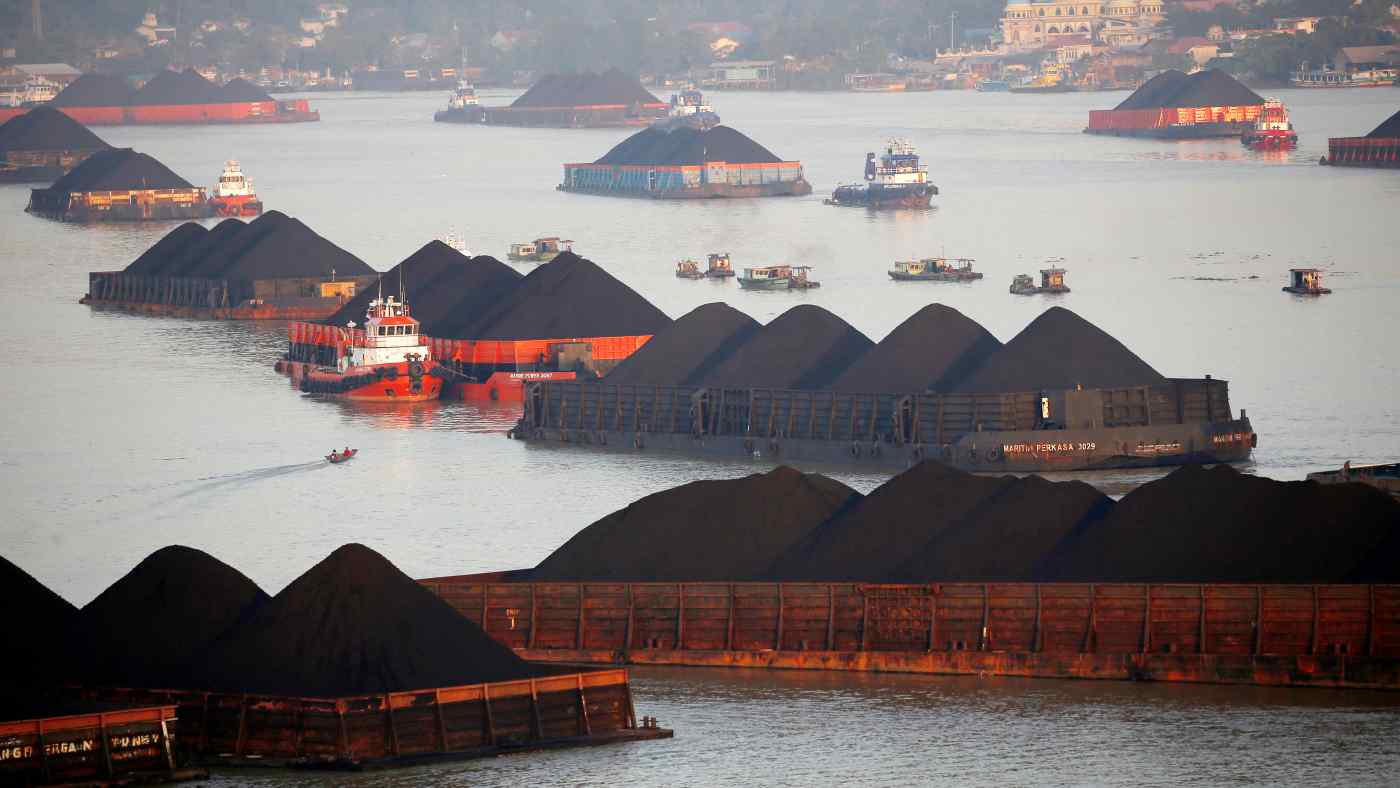 JAKARTA -- Indonesia's hastily announced ban on coal exports for the month of January has hit the share price of domestic producers of the commodity, with analysts warning the move could damage miners' earnings this year.

On Tuesday, shares in coal miner Bumi Resources were trading some 1.5% below their closing price of 2021, while another miner, Bukit Asam, traded 1.8% lower. Adaro Energy shares have so far this year risen versus their 2021 closing price, but in early Tuesday trading, they were some 3% lower than the previous day's close.

"The coal export ban could significantly reduce Indonesia coal miners' earnings in Jan[uary] '22 and negatively impact" earnings for the 2022 fiscal year, Justian Rama, an equity research analyst at Citi, said in memo on Monday. "In the absence of any revision to the export ban, we believe negative share price reactions over the next few days are likely. ... If things stand (i.e., exports are banned for all Indonesia coal miners), some investors may switch from Indo coal stocks to noncoal stocks."

Under Indonesia's Domestic Market Obligation policy, coal miners must supply 25% of annual production to the local market. The price of domestic coal is capped at $70 per ton under the policy, below current market prices.

The Ministry of Energy and Mineral Resources said in a statement on New Year's Day that coal exports will be banned for January "to ensure the fulfillment of coal supply" to domestic power plants.

"If the export ban is not implemented, nearly 20 steam power plants with a power of around 10,850 MW will be extinguished," Ridwan Jamaludin, director-general of minerals and coal at the ministry, said in the statement. "This has the potential to disrupt the stability of the national economy." He added that once the power plants have secured supplies, things will normalize and coal will again be available for export.

The Indonesian Coal Mining Association said in a statement on Saturday that people in the industry were "surprised" by the policy, which it said was decided "hastily and without discussion with business actors." The association called on the ministry to revoke the ban, warning that the government could lose valuable tax and nontax revenues, as well as there being a possibility of force majeure declarations from coal producers "because they cannot deliver coal to buyers who have contracts."

The energy ministry said in its statement that the situation will be evaluated on Wednesday, but hopes that the ban will be revoked appeared slim after President Joko Widodo announced his support for it.

"Coal producers must prioritize local needs, especially for power plant supply to [state-owned utility company] PLN," Widodo said in an online address Monday, referring to Perusahaan Listrik Negara. "Violating companies may be sanctioned. Not only [would they] not to be able to obtain export permits, also [there is the] possibility of their business permits being revoked," he said, adding that liquefied natural gas makers must also prioritize local needs.

Indonesia was the world's largest exporter of coal by weight in 2020, according to the International Energy Agency.