Demand for use in catalytic converters drives up palladium price 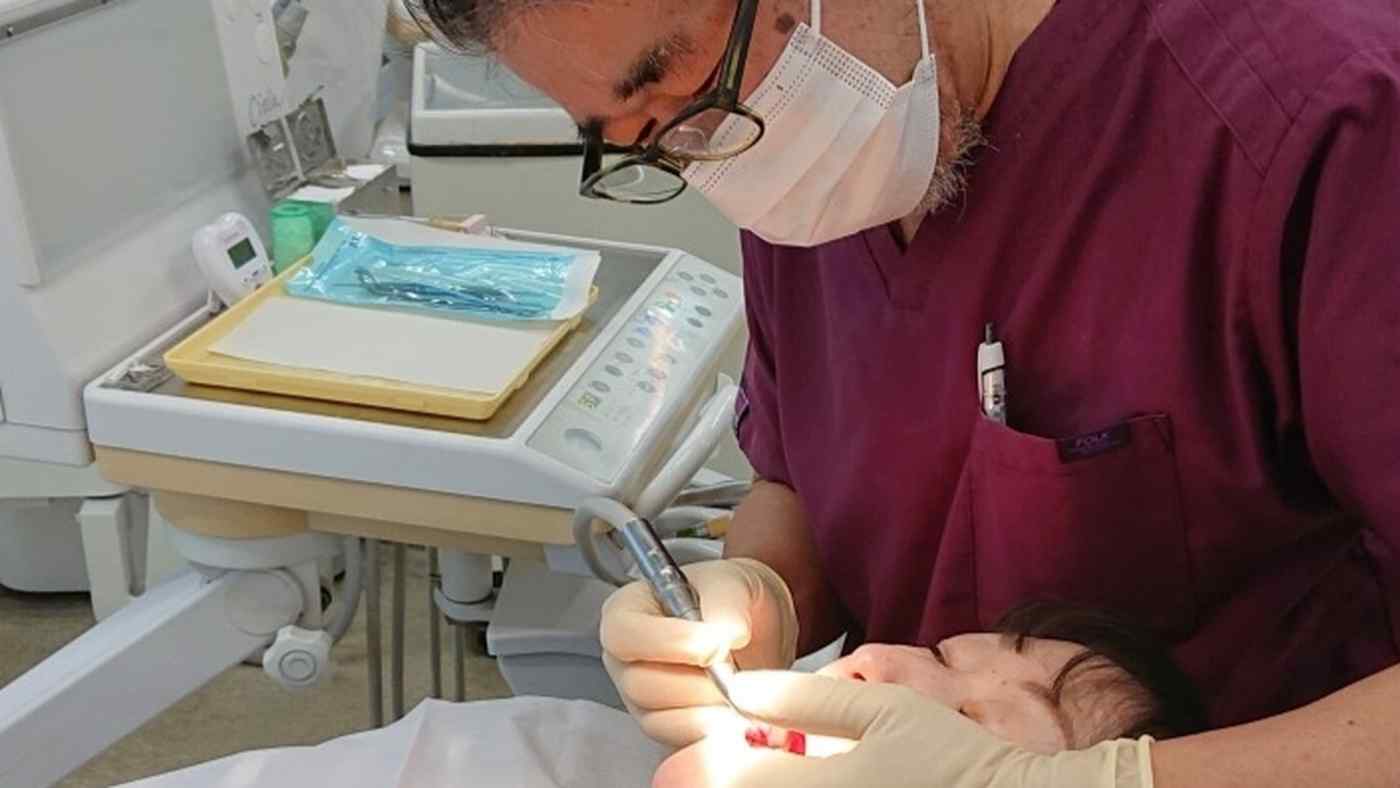 TOKYO -- The skyrocketing price of a precious metal used in car exhaust scrubbers has had knock-on effects in an unexpected place: Japanese dental clinics.

Unlike other countries where resin composites or ceramics are used for dental fillings, dentists in Japan usually opt for what they think is a superior alternative: a unique mix of silver with pricier gold and palladium, which resembles platinum and is even more expensive.

The high palladium content of the alloy -- about 20% -- makes it vulnerable to price swings, and the government's slow-moving process for revising medical fees has failed to keep pace.

"I make zero profit or even lose money" on work using the palladium alloy, a dentist in Yokosuka, near Tokyo, complained. "I can't go on like this."

Palladium's use as a catalyst in autos to scrub emissions is a major factor in the spike. "As environmental regulations in China and elsewhere have strengthened in recent years, there's been higher demand for catalysts, which are key to meeting those requirements," said Yuichi Ikemizu, chief director of the Japan Bullion Market Association.

The price of palladium has risen roughly fivefold in five years, reaching record highs last month and now hovering around $3,000 per troy ounce. As global economies recover from the damage caused by the coronavirus pandemic, demand for vehicles -- and thus catalysts -- is picking up, and loose monetary policy has spurred a flood of capital into the market, driving prices even higher.

The cost of the palladium alloy used by dentists has surged accordingly. As of February 2020, the fee set by the government covered only about 60% of the market price, according to a survey by an association of doctors and dentists, with the rest of the burden falling on practitioners.

This is because Japan's health ministry cannot revise its prices fast enough to keep up with the market.

The fee paid to dentists for procedures involving palladium alloy is usually set during the price revisions that take place once every two years. While there is a rule providing for a review if the cost of materials fluctuates by 5% or more within six months, this has still failed to keep pace with ballooning palladium prices over the past several years.

The health ministry responded by introducing a new provision in March 2020 allowing for an earlier review in the event of a 15% price swing.

The government-approved price for palladium was 2,668 yen ($24) per gram as of April. It had actually cost dentists about 3,200 yen to acquire the metal earlier in the month, resulting in an almost 20% loss.

But a health ministry council in mid-April decided to maintain the current government pricing until October, as fluctuations in palladium prices fell below the 15% margin that would trigger an update. This means that even if market prices continue to soar, no changes will be made until October.

The health ministry is expanding insurance coverage to include alternative materials such as plastics, but many dentists are reluctant to make the switch.