Harvested from demolished buildings, material is a steelmaking input 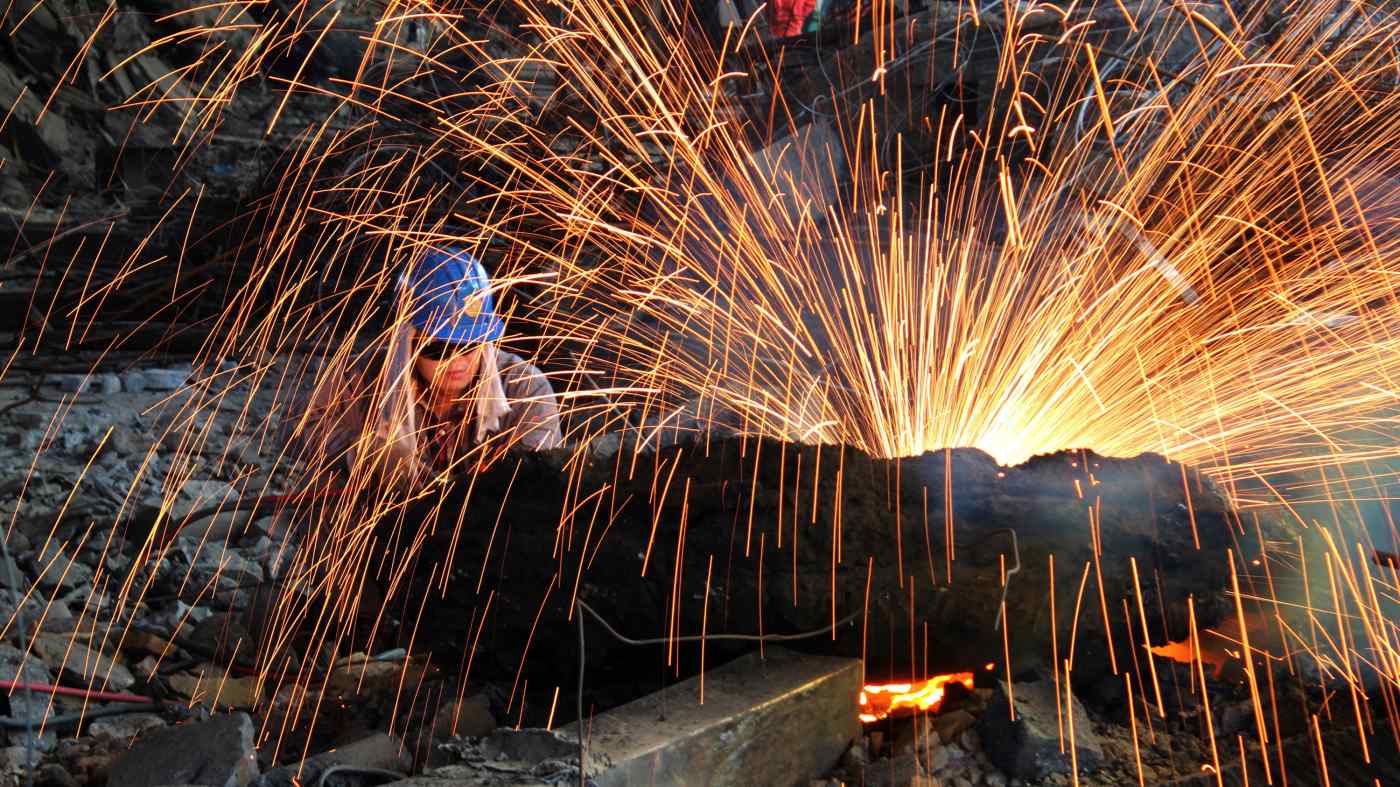 TOKYO -- Scrap steel exported from Japan is trading at a 13-month high on reduced supply and rebounding demand in Asia. Speculation that China may relax import restrictions and gobble up supply is also adding to the frenzy.

South Korea-bound prices of H2 scrap steel, generated from building demolition work, stand at around 26,750 yen ($254) per ton, roughly the same as what electric furnace operators around Tokyo pay. These prices are up 19% and 24%, respectively, from lows in mid-July.

Supply of H2 scrap metal is thin in Japan as the pandemic has slowed demolition work. Meanwhile, demand is picking up in Vietnam and other parts of Asia where the economies have bottomed out.

While some market observers see signs of prices leveling off, others contend scrap metal will continue to "trend up for the rest of the year," in the words of an official at an electric furnace operator in Japan.

This comes amid speculation that China may loosen import constraints. Easing the limits was discussed at the National People's Congress in May, and a source at a Japanese trading house projects that such move may take place as soon as next year.

The prospect of increased China-bound exports is making Japanese steelmakers -- who use scrap metal for smelting -- nervous that they will see costs rise.

China-bound waste metal shipments from Japan tumbled to a little more than 40,000 tons in 2019 from 1.81 million tons in 2017. A big portion of these exports was mixed scrap metal containing nonferrous metals, which Beijing banned in late 2018 for environmental reasons. Limitations on non-mixed scrap metal were also tightened. This year's total between January and August came to just 10,000 tons or so.

Electric furnaces account for only about 10% of all steelmaking in China. But blast furnace operators also use some scrap metal during the smelting process. On the supply side, China's still-developing economy translates to limited work for tearing down buildings.

Shipments are already increasing for eventual destinations in China through a loophole. Makoto Inafuku, president of Tokyo-based exporter Nansei, said waste metal is made into steel materials and semi-finished products which are not targeted by Beijing's import rules, and are shipped to China. The company ships 50,000 tons to 80,000 tons of scrap metal a month to Vietnam, Indonesia and other markets.

Scrap metal is said to sell for about $100 more a ton in China than in Japan. The easing will likely be limited to higher-quality metal, predicts a source at an electric furnace operator in Japan, but the relaxation may raise Japanese prices of widely-used H2 metal as well. Steelmakers hope to pass higher costs on to customers, but a slow recovery in demand for steel materials would make that difficult.