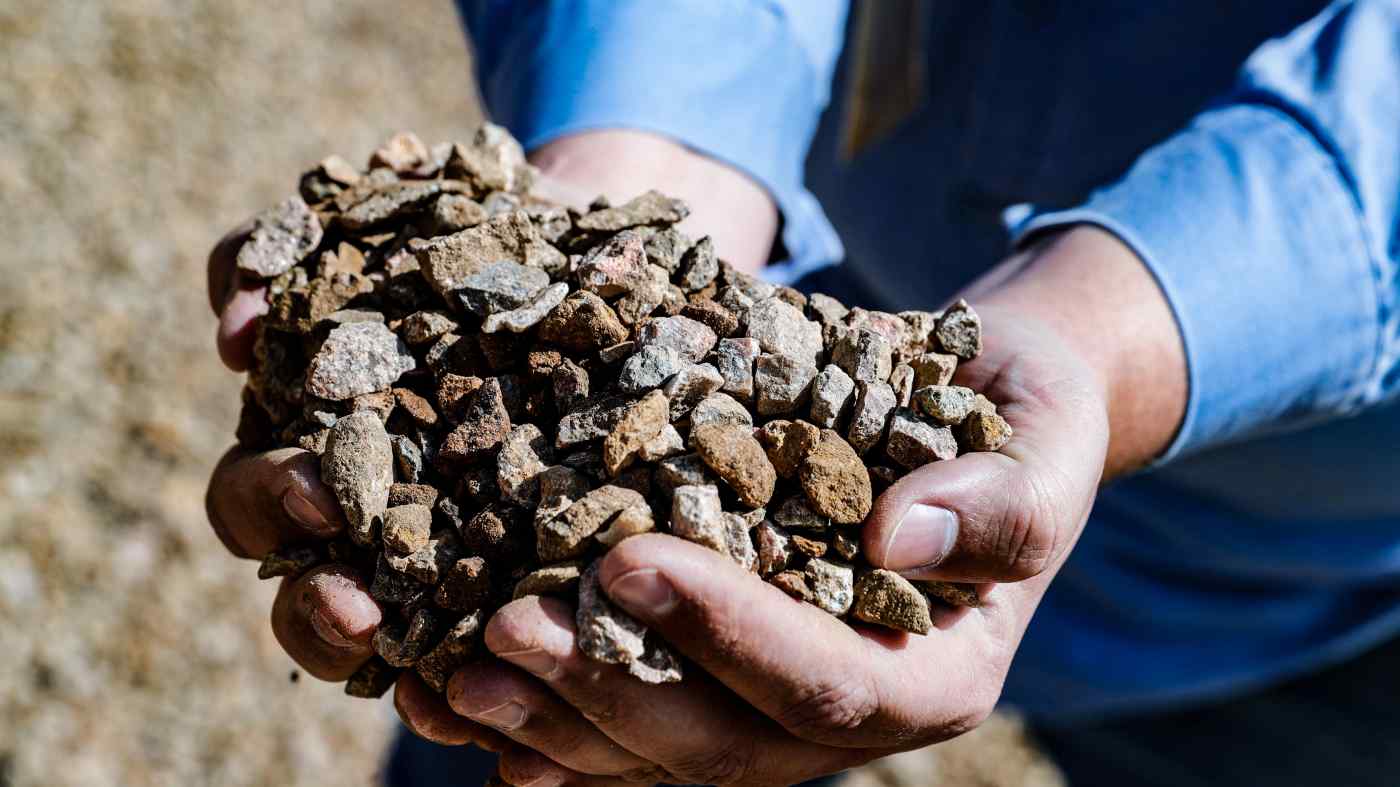 Japan is planning to invest more in the exploration of rare earth metals, a move that could ease the  financial burden on the private sector.   © Reuters
Nikkei staff writersApril 12, 2021 18:01 JST | Japan
CopyCopied

TOKYO -- The Japanese government is poised to increase funding for the exploration of rare earth metals, Nikkei has learned, as competition in the sector intensifies amid an accelerating global shift to electric vehicles.

The government is considering lifting the 50% ceiling on government funding for resource exploration projects by the end of this year, sources said. This will allow state-backed Japan Oil, Gas and Metals National Corp. (Jogmec) to shoulder more than half of the costs of exploring and developing natural resource mines, the sources said.

The move, if it goes through, would reduce the private sector's burden in undertaking such projects, which are known to be risky and expensive. The rule change comes amid continued concerns about rare earth supply in Japan. In 2010, China imposed restrictions on rare earth exports to Japan.

Without a steady supply of rare earth metals, government officials worry that Japan's efforts in shifting to cleaner energies could be undermined.

The Ministry of Economy, Trade and Industry, which oversees Jogmec, and the Ministry of Finance, are now looking at changing the role of Jogmec to address economic security concerns.

Still, the government intends to set a limit on the scope of Jogmec's expanded role to the exploration of lithium, cobalt and cerium -- key materials for EV battery production -- as well as neodymium and dysprosium, which are used in the production of drive motors.

All these minerals have come under spotlight amid a global shift away from carbon-based energy, but there have been concerns about their supplies.

Jogmec is now allowed to fund up to 50% of a natural resource project. It can only exceed that limit in exceptional cases and on a temporary basis. Under the new rules, such restrictions will be loosened to allow Jogmec to work more flexibly with the private sector.

Trading houses are expected to be keen to invest in such projects. With more money from Jogmec, a project can be undertaken with less private-sector capital, making it easier for companies to chase larger projects.

Even after the rule change, however, Jogmec would not be allowed to fund or own an entire project. The government is also looking at offering other support to private-sector resource developers. One idea is to guarantee a larger portion of private-sector projects. Another is to lower fees for government guarantees.

The chances of discovering a rare earth metal field large enough for commercial development are small. Japanese companies are at a disadvantage compared with overseas resource giants, due to their smaller financial profile.

Government support is also seen critical in operating in regions where security could be an issue, such as in Africa, or in competing against Chinese companies, sources said.

To further support Japanese resource developers, the government is also looking at strengthening cooperation with other members of the Quad -- Australia, India and the U.S.

The four nations are due to hold discussions about how to secure rare earth stocks without relying on China, a major supplier. Officials expect there will be more joint projects with countries such as the U.S. and Australia.