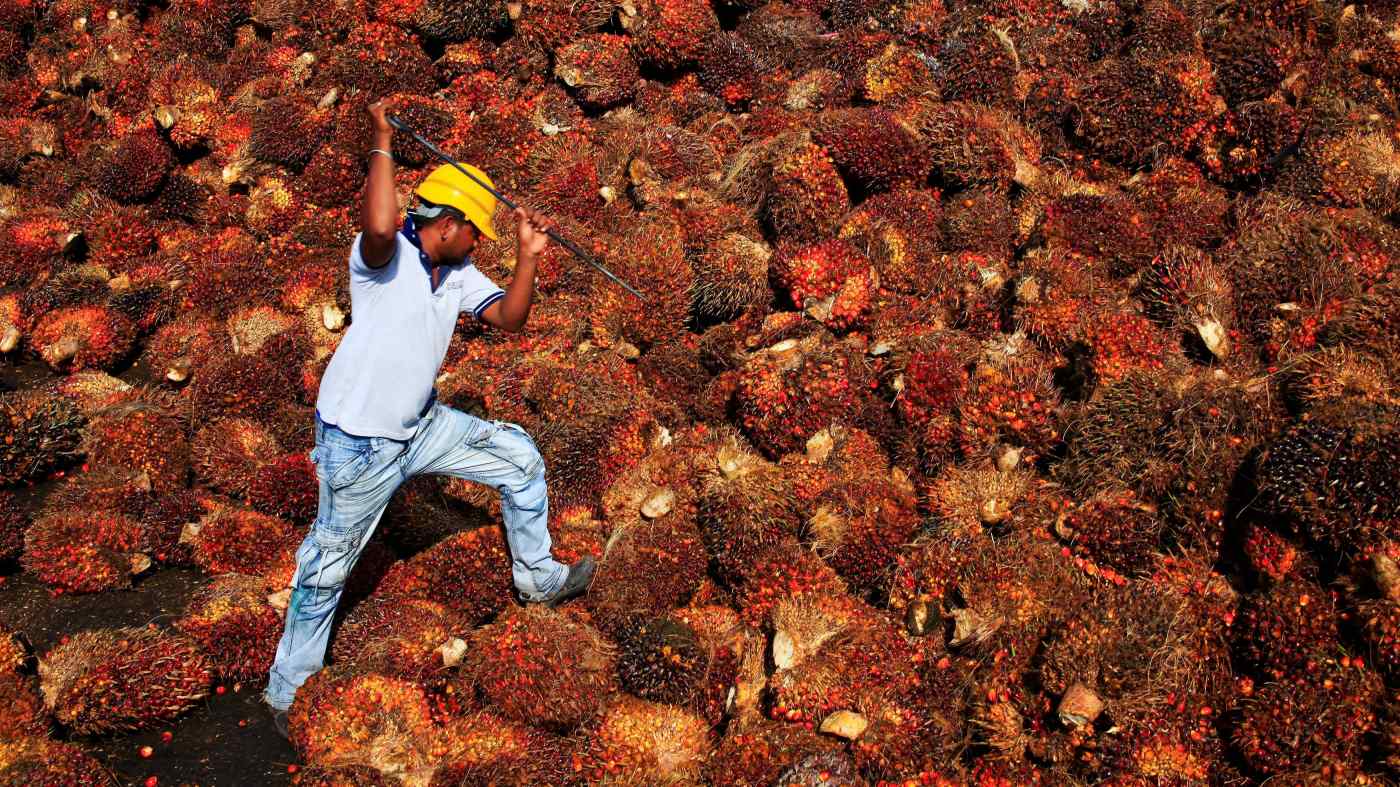 KUALA LUMPUR (Nikkei Markets) -- Malaysian palm planters are focusing to boost yields and cut costs to ride out feeble crude palm oil prices that are expected to remain subdued through several months ahead.

Price of crude palm oil is expected to average "slightly below" 2,000 ringgit ($486) per metric ton in the next 18 months, state-run FGV Holdings' Chief Executive Haris Fadzilah Hassan told Nikkei Markets. Prices are likely to stay low unless both Indonesia and Malaysia push for higher blend of palm oil in biodiesel, he said.

"Overall consensus is that we need to focus on cost and yield. We cannot depend on prices," Haris said.

Palm oil is a key export commodity of the trade-reliant nation, the largest shipment after electrical and electronics items. Weakness in overseas demand typically swells stockpile of the commodity that is used in everything from ice creams to lipsticks. Hefty inventory also weighs on the palm oil's prices and potentially pressures earnings of plantation companies.

Crude palm oil prices have fallen sharply over the past two years, worsened by sluggish demand. That has prompted some companies to focus on replanting vast swathes of plantations, delaying expansions, and even shedding some underperforming assets to help boost earnings.

Palm oil prices have trimmed year-to-date losses to 6.5% as inventory in Malaysia shrank to 11-month low in June due to lower output. The most-traded crude palm oil contract for October delivery rose 0.1% at 1,984.00 ringgit per ton on Bursa Malaysia Derivatives.

Indonesia and Malaysia, which together account for nearly 90% of the world's palm oil production, have been pushing for higher use of biofuel in a bid to shrink mammoth stockpile and prop up prices of the edible oil.

Indonesian oil and gas group Pertamina said last month it has launched a trial run for the so-called B30 program, in which 30% of a diesel mix produced by the company comes from biodiesel originating from palm oil. Indonesia implemented B20 policy in September last year.

Malaysia, meanwhile, aims to adopt B20 biodiesel program by 2020, which would increase domestic annual demand of crude palm oil by 1.3 million metric tons, according to government's projection.

"We expect crude palm oil (price) to move up by year-end due to seasonal decline in yield and lower inventory," said IOI Corp's Managing Director Lee Yeow Chor. The company will focus on improving labour productivity, increasing yield and cost control, he added.

Malaysia's move to raise minimum wages from January this year has also pushed cost of production higher at palm oil planters who typically rely on labor-intensive methods to pluck fresh fruit bunches. According to CIMB Investment Bank, every 100-ringgit increase in minimum wage per month could potentially lift the palm oil industry's annual costs by between 304 million ringgit and 514 million ringgit.

"Generally, it is tough for the plantation sector," said RHB Research Institute's Analyst Hoe Lee Leng. "But still, there is room to cut cost in its operation processes and manpower."

Apart from FGV Holdings however, analysts said there is little room for further cost reduction at Malaysia's largest planters. IOI Corp yields about 24 tons per hectare, compared to FGV Holdings that produces 19 tons of palm oil per hectare.

Sime Darby Plantation, the world's biggest palm oil producer by acreage, is also cutting cost at Liberian operations, while talks to dispose its assets in the West African nation are still on-going.