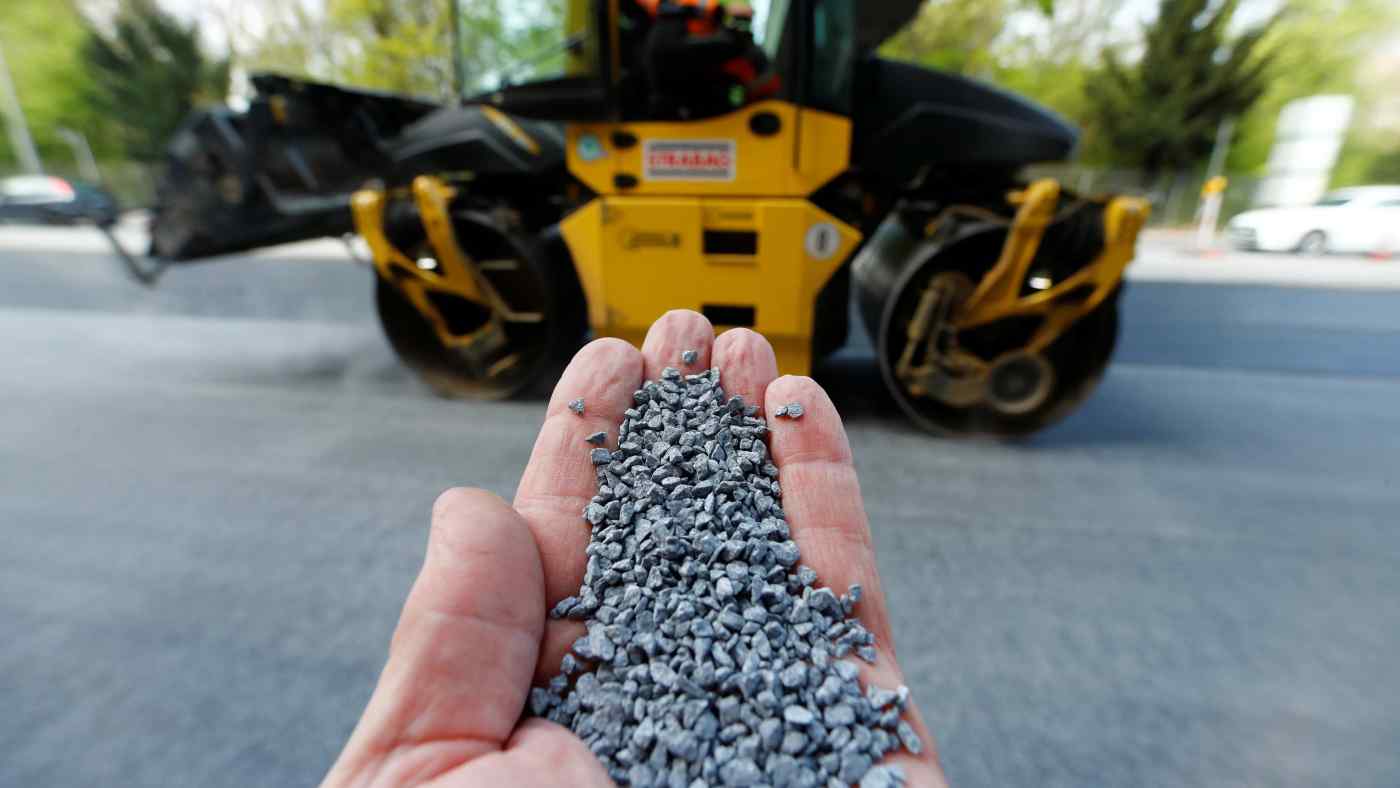 TOKYO -- Stock prices for Japanese and Australian producers of minor metals shot up on Wednesday as investors bet on alternatives to Chinese rare-earth suppliers amid speculation that Beijing could restrict exports to the U.S. as part of the ongoing trade war.

Australian miners Lynas and Pilbara Minerals enjoyed gains of 7.5% and 7.1%, respectively, on Wednesday.

But other analysts do not expect potential export restrictions to provide a boon to minor-metal producers.

The trend was triggered by Chinese President Xi Jinping's visit to a rare-earth processing facility in China on Monday. China is the world's largest producer of rare-earth metals and minerals, as well as a processor of rare-earth ores. These materials are used in the production of electronics, electric vehicles and defense equipment.

"Japanese companies deal with products like titanium for use in aircraft, and have little overlap with Chinese players," said Emiri Shigeoka of Daiwa Securities. "They probably will see a limited boost from those seeking alternatives to China." 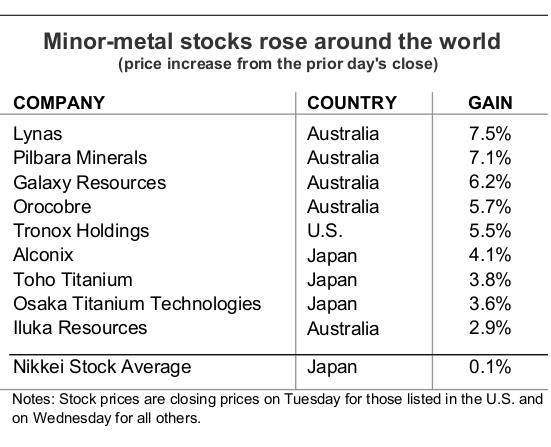