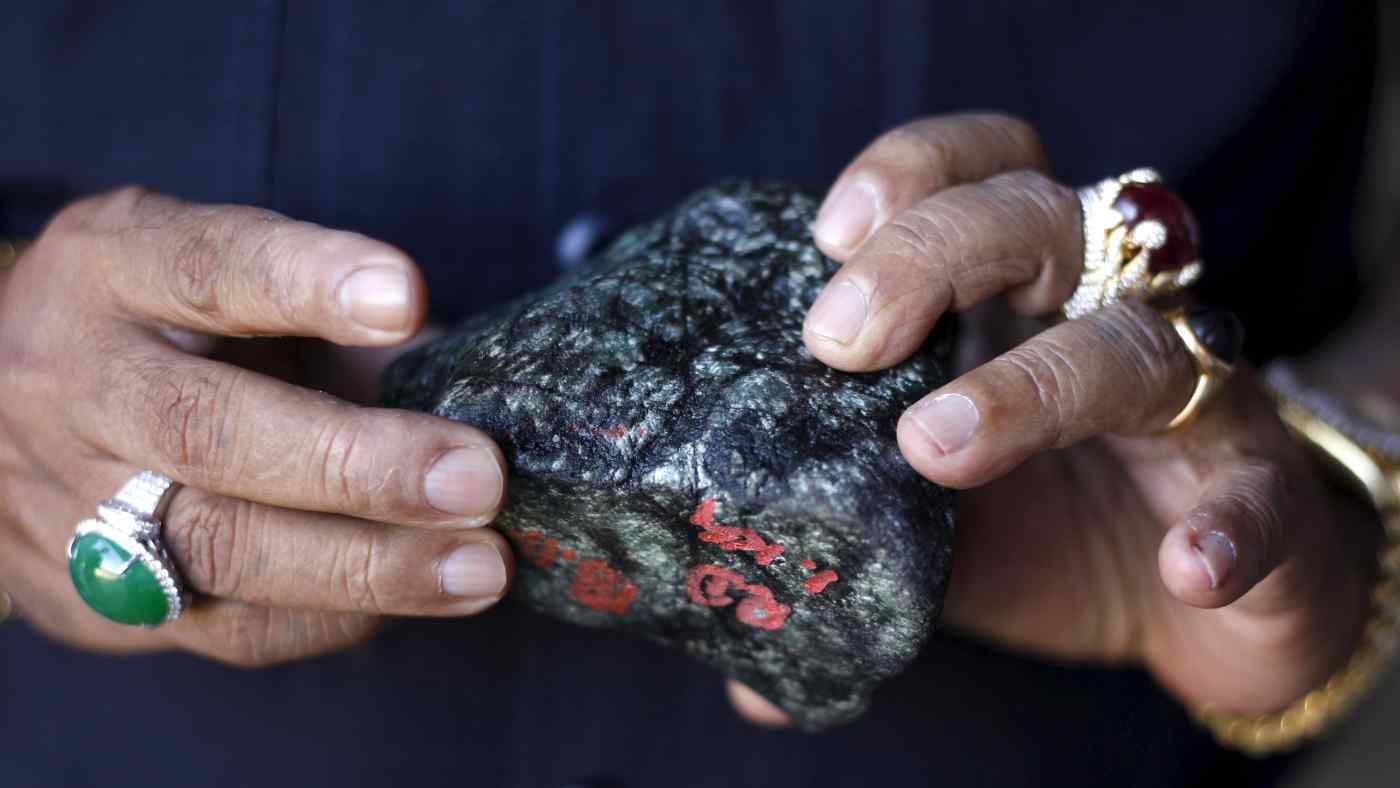 A buyer checks a jade stone in Myanmar in this 2015 file photo. The jade mining industry is prone to deadly accidents.   © Reuters
July 2, 2020 20:35 JST | Myanmar
CopyCopied

(Reuters) -- A landslide at a jade mine in northern Myanmar killed at least 113 people, with more feared dead, authorities said on Thursday, after a heap of mining waste collapsed into a lake, triggering a wave of mud and water that buried many workers.

The miners were collecting stones in the jade-rich Hpakant area of Kachin state when the "muddy wave" crashed onto them, after heavy rain, the fire service department said in a Facebook post.