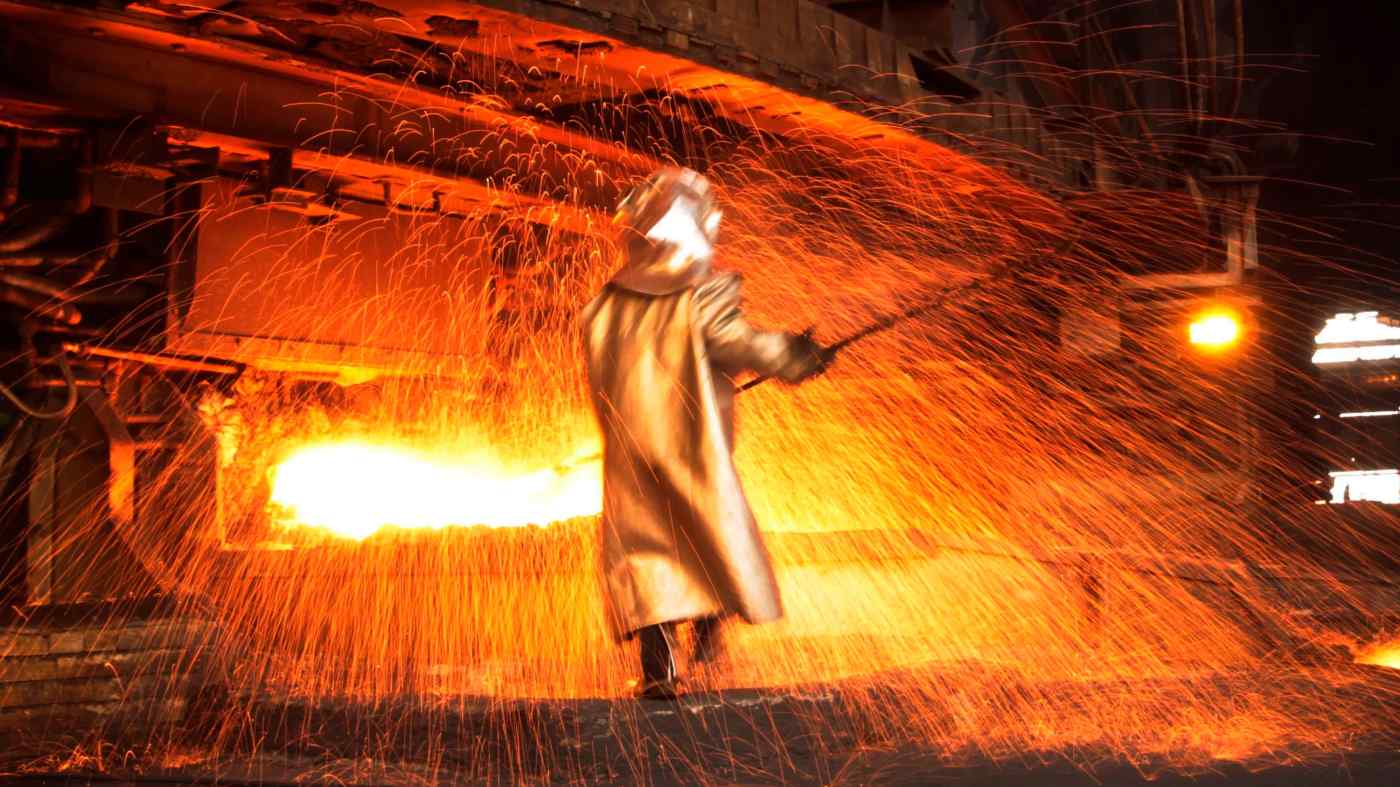 A worker processes nickel at a smelter in Indonesia's Sulawesi island. The country has been focusing on building up its metal processing industry.   © Reuters
HIROKI MASUDA, Nikkei staff writerAugust 9, 2019 23:27 JST | Indonesia
CopyCopied

TOKYO -- The price of nickel, a metal crucial to stainless steel and electric vehicle batteries, jumped the highest in nearly five years on speculation that top producer Indonesia will reimpose export restrictions sooner than planned.

Benchmark three-month nickel futures closed at $15,880 per ton Thursday on the London Metal Exchange, up $1,070 from the previous session.

During Japan's evening hours Friday, the price still hovered around $15,800, near the highest level since December 2014.

The Indonesian government first imposed a ban on the export of nickel ore in 2014 as part of an initiative to build up its domestic refining industry and climb the commodity value chain. The restrictions were eased in 2017 for a five-year period.

But a news report Thursday cited an Indonesian official calling a possible change to the timeline "uncertain." That fueled speculation in the market that Jakarta may reimpose restrictions before the end of the five-year moratorium.

The price of nickel has surged 49% since the start of the year.