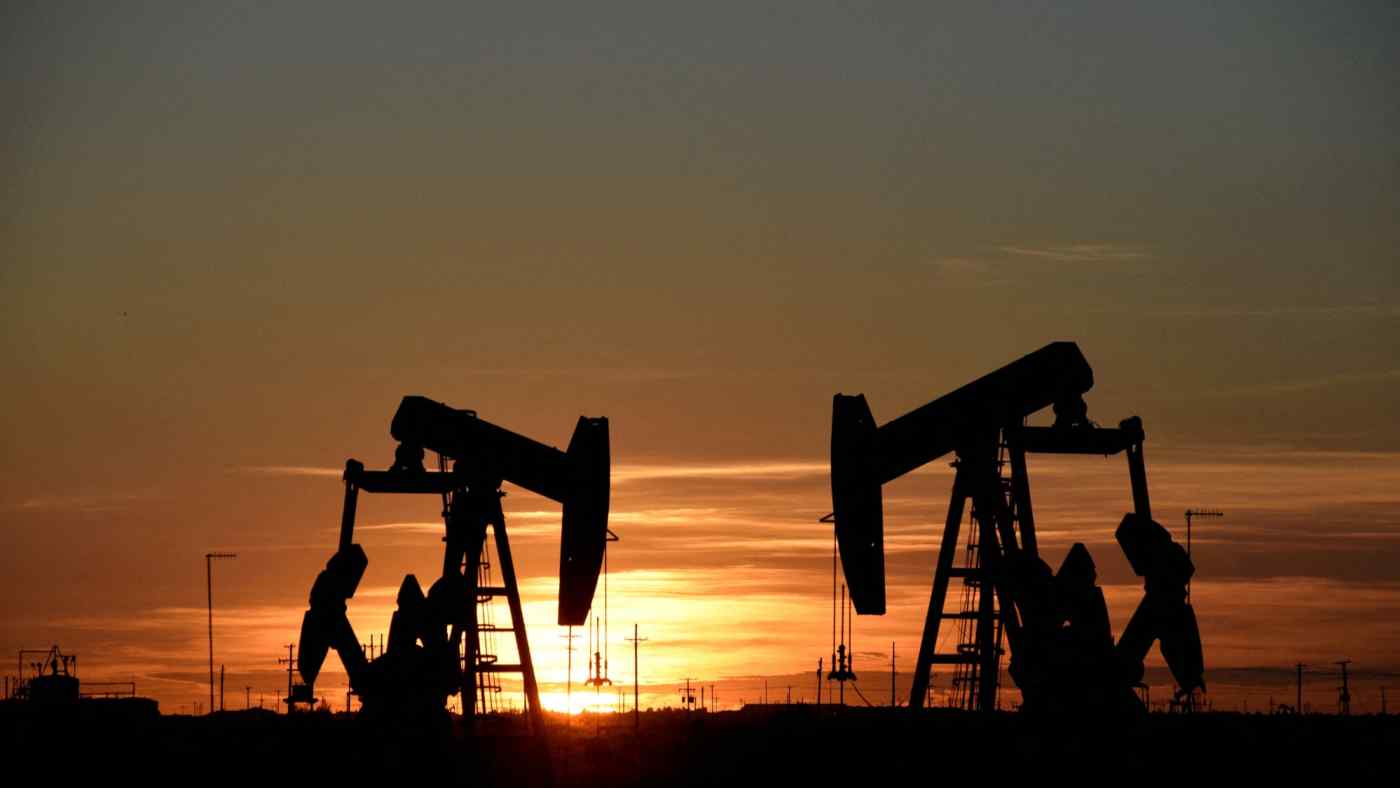 NEW YORK (Reuters) -- Oil prices moved lower on Thursday, temporarily falling more than $4 as investors focused on the prospect of a large U.S. rate hike later this month that could stem inflation but at the same time hit oil demand.

Both contracts hit lows on Thursday that were below the Feb. 23 close, the day before Russia invaded Ukraine, with Brent reaching its lowest level since Feb. 21.

The U.S. Federal Reserve is seen ramping up its battle with 40-year-high inflation with a supersized 100 basis-point rate hike this month after a grim inflation report showed price pressures accelerating. The Fed policy meeting is scheduled for July 26-27.

The Fed rate hike is expected to follow a similar move by the Bank of Canada that surprised the market on Wednesday.

"Moves by the Fed will have an outsized impact on the market as we watch them try to digest new economic data about inflation," said John Kilduff, partner at Again Capital in New York.

Oil prices have tumbled in the past two weeks on recession concerns despite a drop in exports of crude and refined products from Russia amid Western sanctions and a supply disruption in Libya.

Investors also flocked to the dollar, often seen as a safe-haven asset. The dollar index hit a 20-year high on Wednesday, which makes oil purchases more expensive for non-U.S. buyers.

"Collateral damage of growing fears of inflation is the strong dollar, which is also bearish for oil prices. Interestingly, physical markets are still strong but the change in sentiment of financial investors is currently the dominant driving force," Tamas Varga, analyst at PVM Oil Associates, said.

In Europe, signals were also bearish for demand with the European Commission cutting its economic growth forecast and raising the expected inflation rate to 7.6%.

Worries of COVID-19 curbs in multiple Chinese cities to rein in new cases of a highly infectious subvariant have also kept a lid on oil prices.

Data from the U.S. Energy Information Administration also point to slackening demand, with product supplied slumping to 18.7 million barrels per day, the lowest since June 2021. Crude inventories rose, bolstered by another big release from strategic reserves.

U.S. President Joe Biden on Friday will fly to Saudi Arabia, where he will attend a summit of Gulf allies and call for them to pump more oil.

However, spare capacity at the Organization of the Petroleum Exporting Countries is running low, with most of the producers pumping at maximum capacity, and it is unclear how much extra Saudi Arabia can bring into the market quickly.