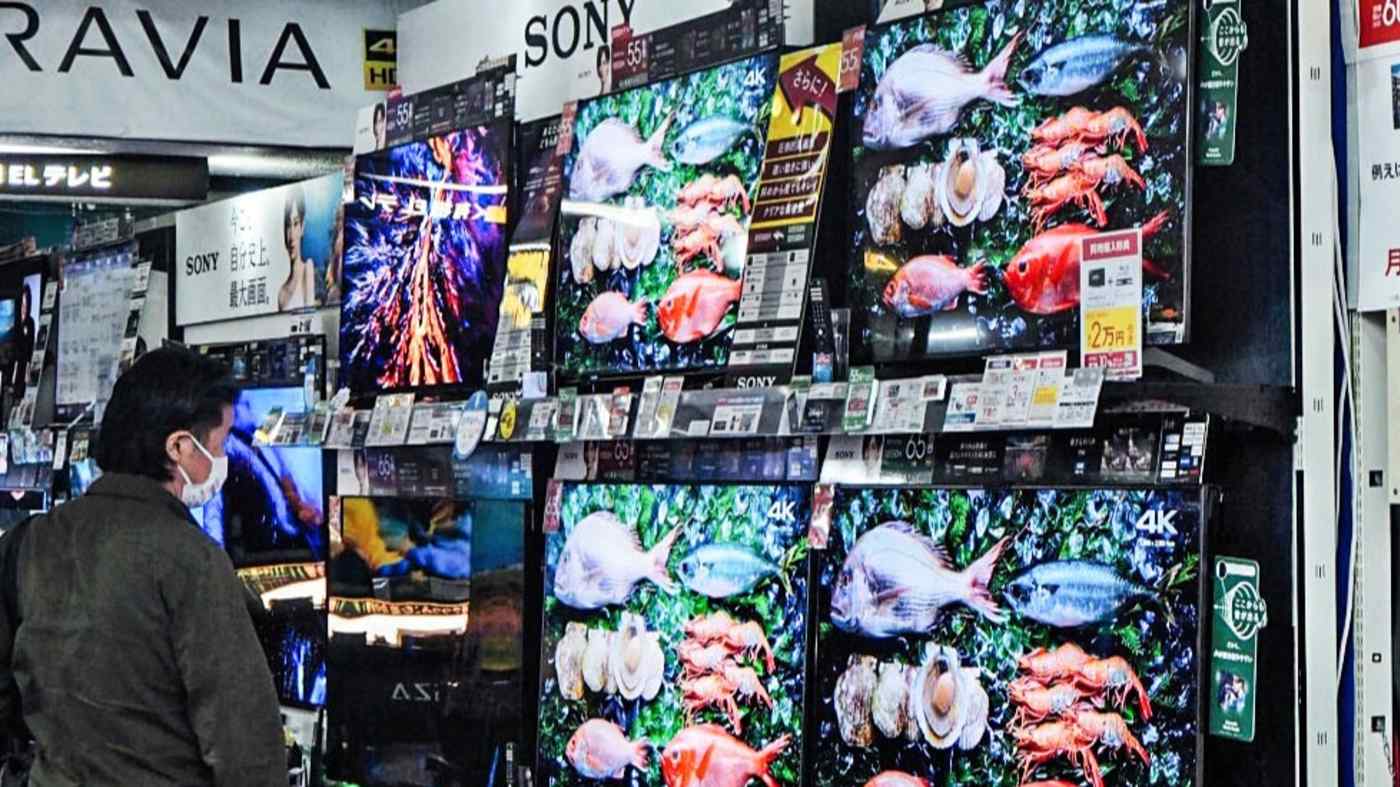 TOKYO -- Prices of liquid crystal display panels are soaring like never before after pandemic stay-at-home demand for personal computers and televisions rapidly brought scarcity around the world.

LCD panels are key components of PCs and TVs. Increases in work from home and online education resulting from the global health crisis have created strong demand for PCs. TVs also are selling strongly.

Prices for PC and TV panels have jumped 20% and 60% since spring, rises that a domestic analyst called "unprecedented."

"We cannot keep up with orders because panels are unavailable," a procurement official at a Japanese PC maker said. "We have asked some customers to allow delays in delivery."

Global PC shipments came to 81.3 million units in the July-September period, up 15% from a year earlier, according to American research firm IDC. "People who rented PCs for work from home this spring are buying them" because of the prolonged COVID-19 crisis, an official at a trading house for electronic components said.

PCs for online education at universities and other schools are also drawing strong demand around the world.

In Japan, a government project to provide a PC to each elementary and junior high school student is adding to the demand. In April, the government decided to advance the implementation of the Global and Innovation Gateway for All, or the GIGA School project, to fiscal 2020 from fiscal 2023.

There are some 9.5 million elementary and junior high school students in Japan. That number is almost the same as domestic PC shipments, which totaled 9.73 million in 2019.

The delivery of PCs under the project may be delayed to fiscal 2021 because of strong demand, said a trading house handling educational PCs. 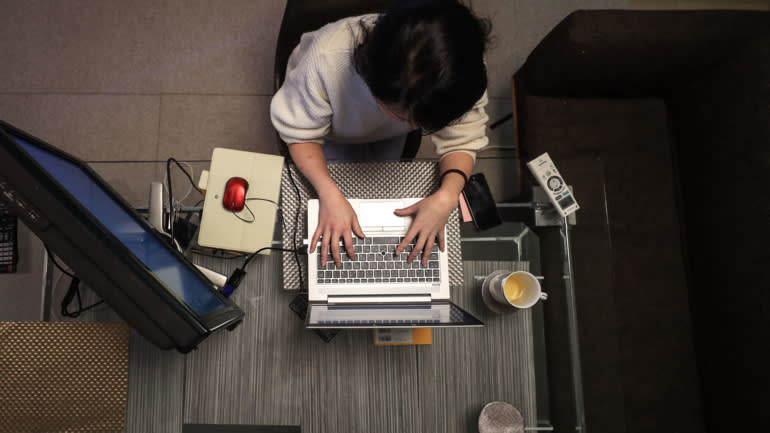 Global PC shipments rose 15% to 81.3 million in the July-September period, according to research firm IDC. "People who rented PCs for work from home this spring are buying them" because the pandemic is continuing, said an official at a trading house for electronic components. (Photo by Kosaku Mimura)

As for TV sales, large-screen TVs are in especially strong demand because many people want to enjoy video streaming services and play games at home.

Global TV shipments increased 15% in the July-September period from a year earlier to 62.87 million units, according to U.K.-based research firm Omdia.

The shortage of LCD panels caused by the booming sales of PCs and TVs have resulted in steep rises in the prices that PC and TV makers pay for them. In large-lot deals, prices of 15.6-inch high-definition panels for notebook PCs stood at around $32 in November, up $3, or 10%, from the previous month and around 20% higher than this spring, before coronavirus infections became widespread.

The supply appears unable to keep up with demand. BOE Technology Group and other Chinese makers have expanded the production of LCD panels in recent years, while some large manufacturers have shifted their investment priority to organic electroluminescent panels. For example, LG Display of South Korea has accelerated the mass production of organic EL panels.

Amid slowed investment in the production of LCD panels, however, demand for them has grown sharply along with the increasing sales of PCs and TVs. LG Display therefore has shelved a plan, announced in January, to discontinue LCD panel production for TVs in South Korea by the end of this year and decided to continue it down the road to take advantage of rising prices.

"Demand for TVs and PCs is expected to remain strong in the first half of 2021" because people continue to spend on consumer electronics amid voluntary or official restrictions on outings, said Yoshio Tamura, president of Asian operations at U.S. research firm Display Supply Chain Consultants.

Although TVs and PCs are leading consumption, the recovery of the world economy and advances in new lifestyles, such as digitalization, may be delayed if the shortage of LCD panels acts as a drag on their production.

Tamura also warned that "rises in panel prices have yet to be passed on to final products now on the market."

Prices of LCD TVs are currently declining at mass retailers of consumer electronics. But personal spending on them may weaken, depending on the prices of new products to be released in 2021 and thereafter.