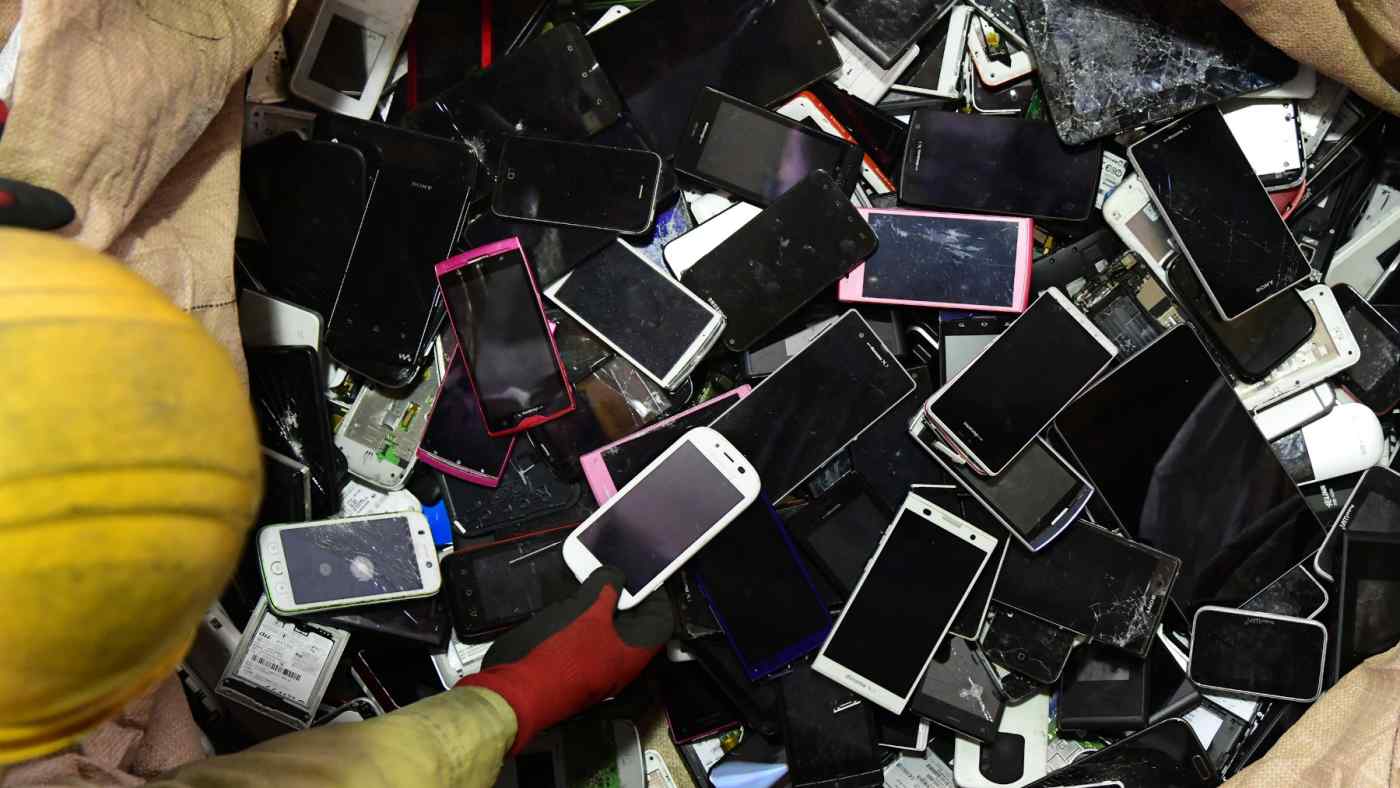 TOKYO -- As mines around the world slow output in response to the coronavirus pandemic, threatening tighter supplies of precious metals, one resource-poor country is ready to step into the void: Japan.

Mountains of discarded electronics here contain tons of not only gold and silver, but also such industrial metals as the lithium crucial to making electric cars. In terms of gold alone, these hidden reserves are estimated at around 6,800 tons -- more than the underground deposits in South Africa.

While Japan's urban mining gained prominence with a pledge to make Olympic medals out of recycled electronics, the effort has been building up for years. Processing of discarded electronics almost tripled in volume over the decade to fiscal 2018, reaching about 370,000 tons, according to the Japan Mining Industry Association. 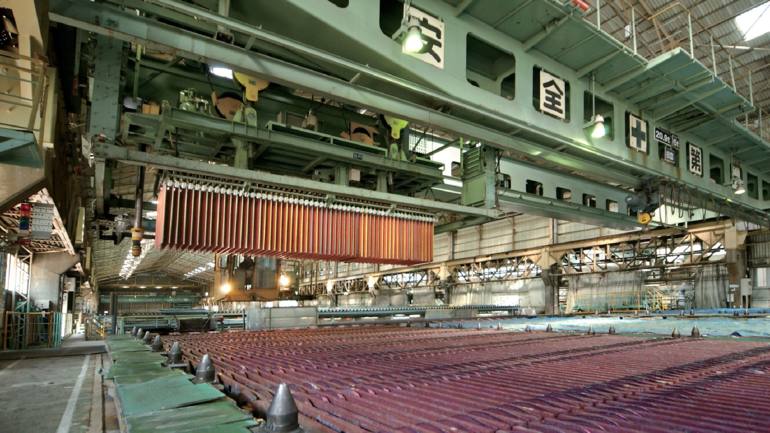 Electronic waste is recycled into high-purity copper at a Pan Pacific Copper smelter, part of the JX Nippon Mining & Metals group, in the southwestern Japanese city of Oita. (Photo courtesy of the company)

Other nonferrous-metal producers engaged in urban mining include JX Nippon Mining & Metals, Dowa Holdings and Sumitomo Metal Mining. The JXTG Holdings unit focuses on copper and silver, as well as rare metals. Dowa has technology to recover more than 20 types of metals. The group is strong in recouping silver and gold.

As the metal industry gets serious about urban mining, there is also activity to extend the business offshore. Metal recycling has already drawn much attention internationally, and competition for discarded circuit boards is projected to heat up.

Urban mining was once seen more as a social responsibility pursuit, but the business of recovering gold and silver has grown to be profitable.

In comparison with precious metals, whose contents are high in circuit boards, the recovery of rare metals offers lower profitability. The bottlenecks are contained in the expenses of sorting, dismantling and retrieval.

There is currently no low-cost method of sorting and analyzing discarded circuit boards for salvageable content. The process involves a great deal of manual work. The search for labor-saving solutions has become a matter of urgency.

Japan's National Institute of Advanced Industrial Science and Technology, or AIST, is leading a consortium called the Strategic Urban Mining Research Base. This so-called SURE initiative is developing automated plants capable of dismantling electronic products, retrieving circuit boards and sorting specific metals. The aim is to finalize a process that will speed up output more than 10 times compared with manual labor. SURE plans to roll out a pilot plant by fiscal 2021. 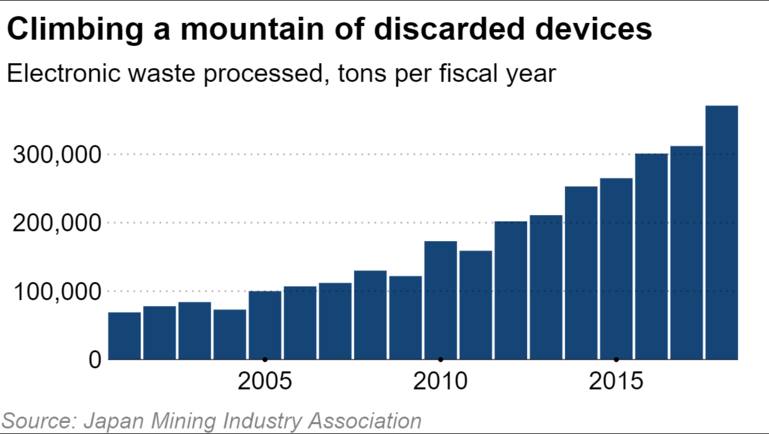 Sumitomo Metal Mining operates a facility that can extract copper, cobalt and nickel from lithium-ion batteries. Plans are to begin commercial operation as early as 2021. The company also handles recycling of nickel-metal hydride hybrid-auto batteries with Toyota Motor.

Trading houses see a business opportunity in repurposing used automotive batteries, particularly with production expected to increase significantly within the next decade. 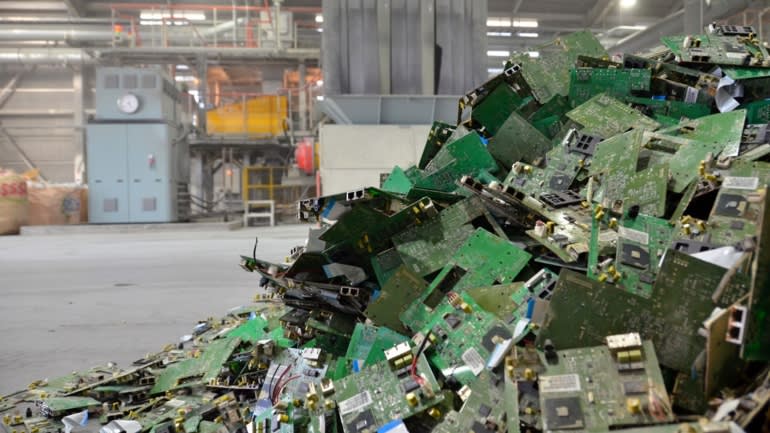 Discarded electronics sit ready to be rendered into valuable industrial metals at Mitsubishi Materials' Naoshima refinery on the Japanese island of Shikoku.

Lithium-ion auto batteries retain much of their capacity at the end of their useful life span, for such other uses as household power storage. Multiple batteries can be connected to create storage systems for renewable-energy facilities.