Rio Tinto under fire as Mongolia presses for mine deal changes 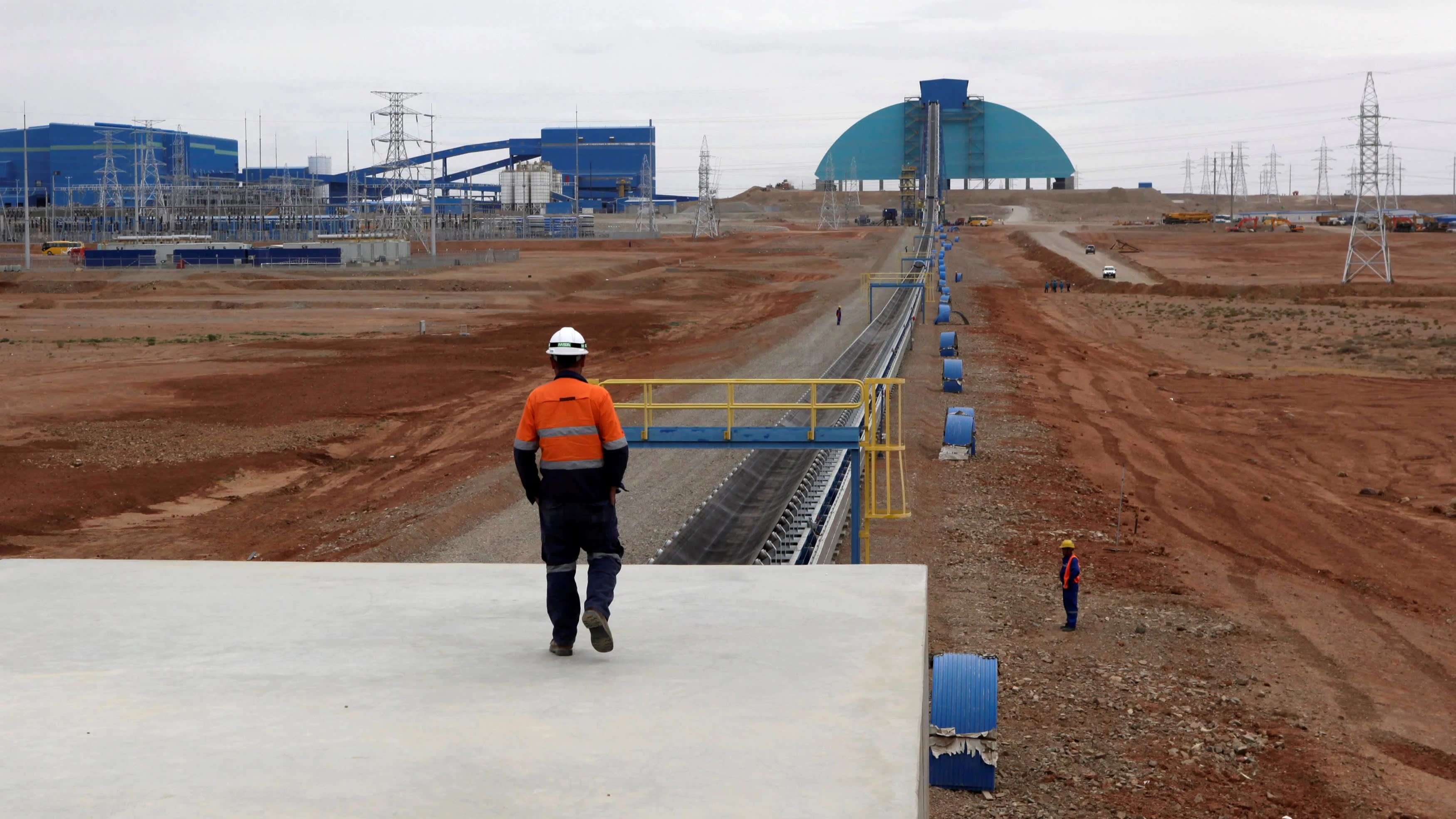 ULAANBAATAR/LONDON (Reuters) -- Mongolia will vote in August to rip up parts of an investment agreement with Rio Tinto for the Oyu Tolgoi copper mine, which may force the miner to make concessions in a project beset by delays and political squabbles.

The country owns 34% of the mine, Mongolia's biggest foreign investment project, but lawmakers claim delays and cost overruns have meant it has run up more debt from the project than income thus far. Ending the 2015 "Dubai agreement" that launched Oyu Tolgoi's underground expansion would likely reduce Rio's future profits in Mongolia's favour.

Mongolia's parliament is set to approve binding recommendations that would end the agreement and demand more transparency from Rio on copper prices for exports from the mine, legislators said this week.

The recommendations also insist Rio should bring forward the date when Mongolia starts receiving dividends from Oyu Tolgoi, currently set at 2041 when the country's debt from the project is repaid. It will also press Rio Tinto to build a power plant and provide more clarity on costs and earnings.

If the recommendations are approved, the government will be obliged to carry them out and ask Rio Tinto to renegotiate the Oyu Tolgoi agreements.

"For now, the Oyu Tolgoi agreement is not benefiting Mongolian citizens," said Battumur Baagaa, member of the parliamentary working group scrutinising the project. "It is good to attract foreign investment but that doesn't mean foreign investment should only benefit the foreign side."

The working group argued the Dubai agreement was never ratified by parliament and is not legally binding.

Narantsogt Sanjaa, a Mongolian finance ministry official, told parliament that the project had paid $1.5 billion in taxes and royalties but accumulated debts of $1.6 billion, in an economy of only $13 billion. Mongolia pays off its 34% share of total costs by deferring its dividends.

The recommendations follow Rio announcing this week it had discovered "stability risks" in Oyu Tolgoi's design, and full production was now expected to begin between May 2022 and June 2023, over a year behind schedule, with costs to soar by up to $1.9 billion.

Total costs have spiralled from $4.4 billion in the initial feasibility study to more than $11 billion by last year, legislators said, and that does not include the proposed power plant.

Rio Tinto has rejected earlier renegotiation requests but said on Friday that it was prepared to look at ways to "increase the benefits" for Mongolia.

Oyu Tolgoi was launched in 2009 after an investment agreement granted Mongolia its share and the rest to Canada's Ivanhoe Mines, now the Rio Tinto-controlled Turquoise Hill Resources.

Turquoise Hill's shares have plummeted 38% since the delay announcement.

"I am struggling to understand why Rio's Board are not holding Jean-Sebastien Jacques accountable for this," a Rio Tinto shareholder said, referring to Rio's chief executive. "There has been zero accountability for this mess so far."

In a statement on Friday, a Rio Tinto spokesman said, "Revising the existing agreements would threaten the future of the project and we are already working with the Government through a joint working group to find ways to further increase the benefits to Mongolia."

"The working group is looking at the interest rate, power, regional development and tax," the spokesman added, without elaborating.

Analysts said expectations for Oyu Tolgoi were always too high, with the public wanting Soviet-era type profit-sharing and infrastructure.

"It is very difficult because every politician wants the benefits now," said Otgochuluu Chuluuntseren, a former government official at the Economic Policy and Competitiveness Research Center, a Mongolian think-tank.

Both sides will want to ensure the project proceeds smoothly since it is crucial for their future revenue.

Scrapping the project would be "economic suicide," said Chris Melville, a lawyer who works with foreign investors in Ulaanbaatar.

Mongolia does not want to put off foreign investors, especially after a slump in capital inflows in 2016 led to economic collapse, forcing it to seek aid from the International Monetary Fund.

"We should follow international law even if we sign something stupid, and reasonable politicians are thinking the same. It is too late to change," said Sumati Luvsandendev, political analyst and head of the Sant Maral Foundation, a Mongolian polling group.