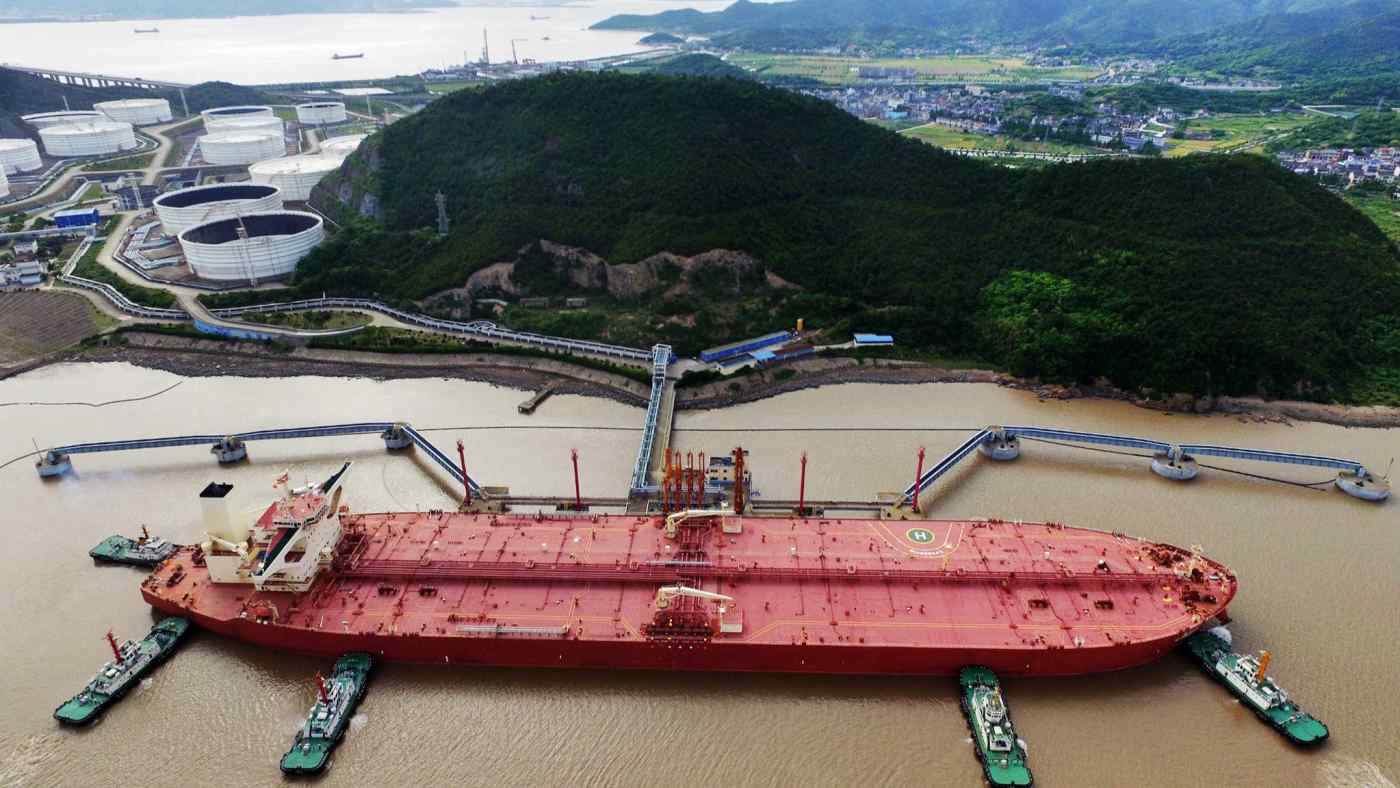 Contracts for July settled Wednesday at 448.70 yuan per barrel on the Shanghai International Energy Exchange. This price translates to just over $70, or roughly $2 lower than comparable Brent crude oil futures traded in London.

Direct comparisons cannot be made among different grades of petroleum. But Shanghai crude had traded for the equivalent of $31-plus at the end of April 2020, or $6 to $12 per barrel more than U.S. benchmark West Texas Intermediate and Brent. As crude prices in Western markets recovered since then, the standings have reversed.

China, the world's largest crude importer, opened the Shanghai International Energy Exchange in 2018 with the goal of disrupting Western-led oil prices and developing the exchange into an international benchmark. It is still trying to prove itself to be more than a local market.

The relative scarcity of international traders in Shanghai partly explains the trend. Total trading volume from January to May jumped 16% on the year, the exchange's data shows, but international investors accounted for just 20% of daily trades on average throughout last year.

International investors have shied away from Shanghai crude because trade is denominated in the yuan, which carries a high risk of exchange rate fluctuation due in part to state controls.

"There was this political objective of internationalizing the yuan," Tsuyoshi Ueno, senior economist at NLI Research Institute in Tokyo, said of the choice of currencies for the Shanghai energy market.

A source at a trading company said: "There's not much potential for arbitrage between Shanghai crude and dollar-denominated WTI and Brent." The Futures Industry Association in the U.S. warns that "most of that trading seems to be speculative." Chinese internet message boards carry a noticeable number of posts by retail investors who frequently trade in crude oil futures. China's financial markets are dominated by retail investors, said Gan Changqing, economics professor at Kyushu Kyoritsu University in Japan -- a factor has contributes to the view that the Shanghai energy market lacks stability.

The suspicion of smuggling serves as another drag on Shanghai oil prices. On May 25, a midsized tanker docked at the Port of Longkou in Shandong Province, allegedly loaded with 80,000 tons of Iranian crude.

Just a day earlier, a large tanker that departed from Iran apparently stopped at the Port of Zhanjiang in Guangdong Province.

The U.S. imposed an embargo on Iranian oil in 2019 as part of economic sanctions over the Middle Eastern nation's nuclear program. Washington asked other countries to embargo Iranian oil as well.

Iranian tankers bound for China decreased sharply in 2020, data from financial intelligence provider Refinitiv shows, but these flows appear to continue to some extent.

"Iranian crude has nowhere else to go, so China has been quietly buying it at a 20%-30% discount," a market source in Japan said. "This is partly responsible for the downward pressure on Shanghai crude oil prices."

In this view, the potential for unreported imports of Iranian crude oil creates a wild card that deters international players from entering the Shanghai market.