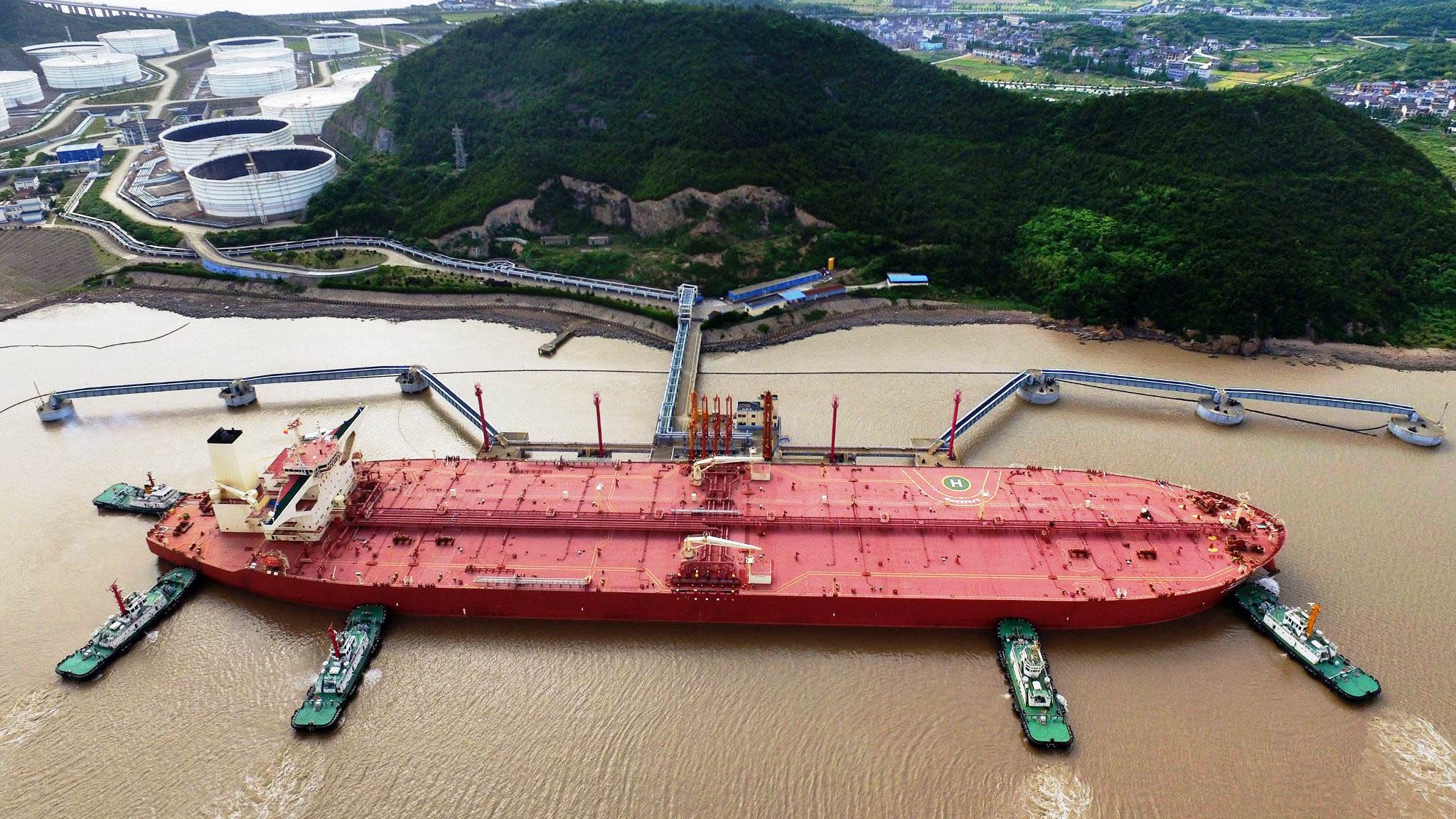 SINGAPORE -- Shanghai crude oil futures, which began trading in late March, are already challenging the world's top benchmarks, a development that will boost China's efforts to reduce its dependence on the dollar amid its trade conflict with the U.S.

"The pace of expansion has been explosive," said Stephen Innes, head of Asia-Pacific trading at futures brokerage Oanda in Singapore. "The Shanghai contract has become an unexpected thorn in the side of the main Western benchmarks."

As of the end of September, the contracts traded on the Shanghai International Energy Exchange, or INE, had a 16% share of the global market for the shortest term oil futures, with trading volumes 49 times that of Dubai, according to data compiled by Hong Kong-based Gavekal Research.

Over the six-month period, West Texas Intermediate, the most-followed benchmark, saw its market share dip to 52% from 60% while Europe's Brent blend slipped to 32% from nearly 38%.

The Chinese authorities have seen the Shanghai contract as a path to reignite international interest in the yuan, which had flagged amid the currency's slump against the dollar and government interventions in the market since 2015. While most Chinese commodity markets are open only to domestic investors, foreign investors have been allowed to trade the INE contract since its launch, with the Ministry of Finance promising a three-year tax exemption on trading profits.

China also believes it is entitled to a bigger say in oil prices. The country last year became the world's top oil importer, taking in 8.4 million barrels of a day and leapfrogging the 7.9 million barrels the U.S. received. Key Chinese suppliers Russia, Iran and Venezuela are each under U.S. sanction and benefit from opportunities to bypass the American financial system by selling their output in currencies besides the dollar. So far, prices on the INE, part of the Shanghai Futures Exchange, have largely tracked Brent and WTI. Rui Hou, a consultant at energy research company Wood Mackenzie, said this is because there has been little physical settlement of futures contracts so far, with deliveries only starting from last month.

"There were no apparent glitches during the first wave of physical deliveries," said John Driscoll, a Singapore-based consultant who previously managed oil trading for Chevron's local joint venture. "This shows tremendous potential."

Domestic retail investors who speculate on price movements have been driving trading of the Shanghai contract so far, as is true with many Chinese commodity markets. As liquidity grows, international commodity trading houses like Trafigura, Vitol and Glencore are likely to wade in.

Companies needing to hedge fuel prices, such as refiners, will be looking for trading activity to first spread more broadly across the spectrum of contract periods, analysts say. To help with this, the INE is considering introducing market makers across the futures curve.

Meanwhile, the fact that the Shanghai contract is denominated in yuan will give some support. "The likelihood [is] that in the fairly near future China will seek to stop paying for its oil in U.S. dollars," Gavekal Chairman Charles Gave wrote in a recent research note.

Louis-Vincent Gave, Charles' son and Gavekal chief executive, put it this way: "The fact that the U.S. is increasingly saying to China, 'We don't want to give you U.S. dollars any longer' forces China actively to de-dollarize the commodity markets (by launching renminbi-denominated oil futures, signing long term renminbi-denominated oil contracts with Russia, etc.)"

The Gaves note that the yuan has been "remarkably stable" against the price of gold in recent months even as it has slipped against the dollar. Yuan-denominated gold futures contracts have been introduced in Shanghai and Hong Kong over the past two years, providing potential support for a loose peg between the Chinese currency and the metal. Such a link would help reduce currency risk, a key issue for the Shanghai contract.

Still, it could be years before Shanghai futures really challenge West Texas or Brent. Vandana Hari, chief executive of oil markets research company Vanda Insights in Singapore, said this would require non-Chinese buyers to be comfortable with not just currency risk, but also the level of government involvement in INE trading, the dominance of Chinese participants and physical delivery at facilities controlled by Chinese companies.

"It's unimaginable at this point that the INE contract could become a regional pricing benchmark... used by refiners in Japan, South Korea, India, Singapore or other countries in the region," she said.