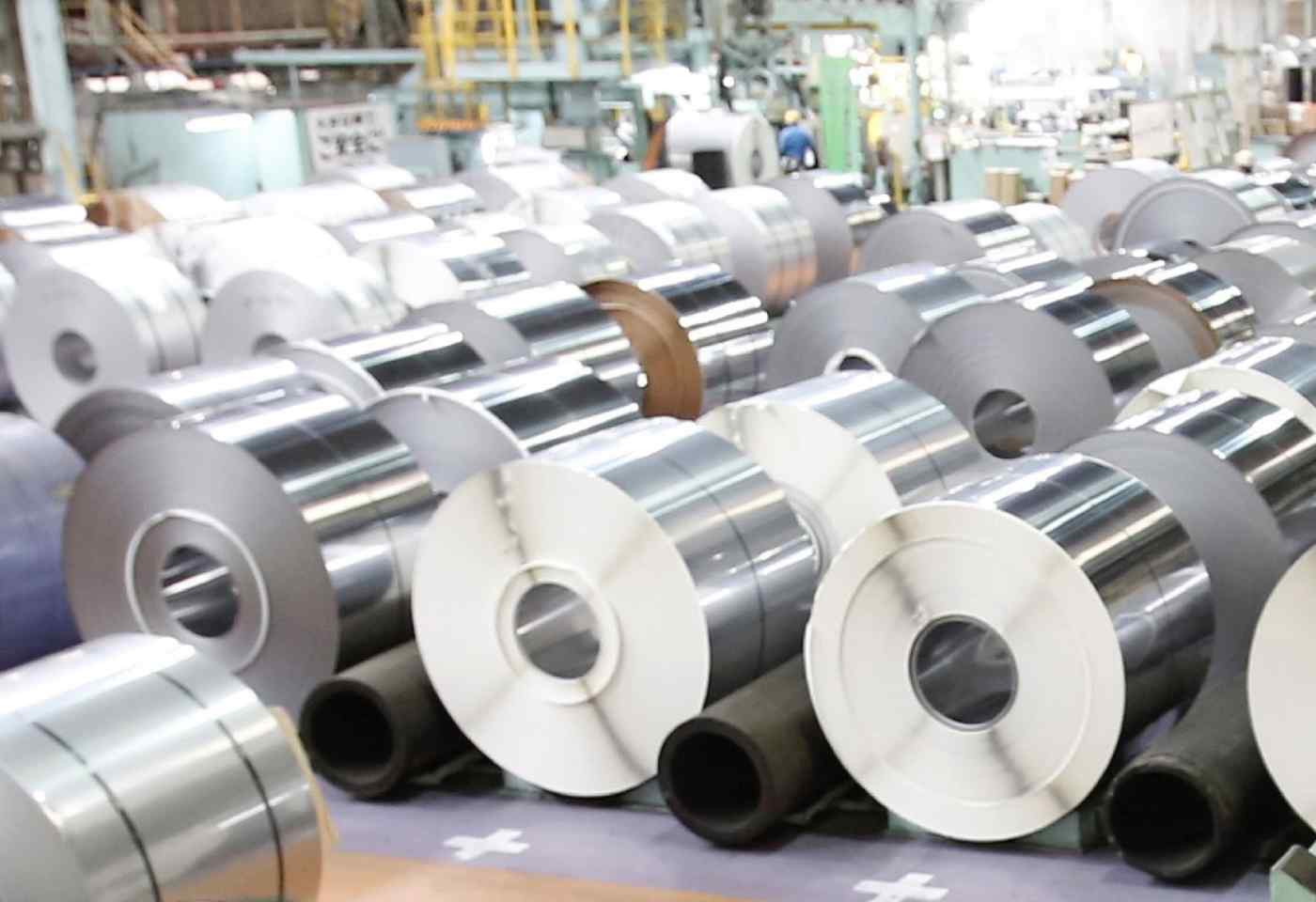 TOKYO -- Prices of stainless steel are on an uptrend, with producers and distributors breathing a sigh of relief after a prolonged slump.

The higher prices result from increased costs for the key ingredients of stainless steel -- ferrochrome and nickel. Ferrochrome has seen a 50% jump in price since the October-December quarter of 2016, as its Japan-bound export price rose to $1.73 a pound for January-March. Nickel is trading at a level about 30% higher than a recent low in February 2016.

Stainless steel prices soared in 2007 and 2008 as demand from China spiked. But global demand sank when zinc-plated steel sheets began to replace stainless steel. On top of that, the Chinese economy hit a wall, causing low-priced stainless steel to make its way into Japan and other Asian markets. This triggered a long slump. 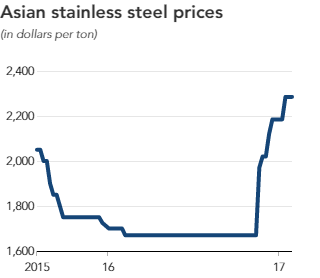 Now the demand situation is changing. Sales of nickel- and chrome-based stainless steel coils and sheets totaled about 63,000 tons in November 2016, up 6% on the month and the highest level in 32 months, according to the Japan Stainless Coil Center Association.

Japanese stainless steel manufacturers are all operating at full throttle. Demand, led by kitchen equipment, is robust. Orders for construction materials, which had been in a slump, are slowly picking up, said an official at Nippon Steel & Sumikin Stainless Steel.

Prices in the rest of Asia are also on the rise. Benchmark nickel-based stainless sheets currently sell for around $2,285 a ton in Hong Kong, a 36% rise from a recent low in October 2016. Chinese and South Korean manufacturers have announced price hikes in response to rising ingredient prices.

What is more, Chinese authorities in December ordered some plants to suspend operation, citing violations of environmental regulations. This apparently has cut down supplies there. Priority is now given to domestic demand in China, and as a result, there is little room for exports, says an informed source at a Japanese trading house.

In addition, said an official at a Tokyo distributor, every year right before the Lunar New Year, manufacturers in South Korea and China try to reduce inventories, flooding the market with cheap stainless steel. That hardly happened this year.

There are signs of change in ingredient prices. The uptrend seen throughout last year has come to a halt, or prices are swinging up and down drastically.

In Japan, the spot price for ferrochrome, which kept rising since last summer, has stalled this year, stuck at roughly 200,000 yen per ton. In China, the world's largest stainless steel producer, local manufacturers have been pressuring South African chrome suppliers to lower prices. The ferrochrome spot price in China has reportedly fallen to the equivalent of 140,000 yen a ton.

Nickel is on a wild ride, since Indonesia and the Philippines, major suppliers of the metal, announced this year that they would make policy changes. Three-month nickel futures prices on the London Metal Exchange have swung by as much as $1,300 a ton since the beginning of the year. With the specific policy changes yet to be unveiled, market watchers expect a rough road ahead.