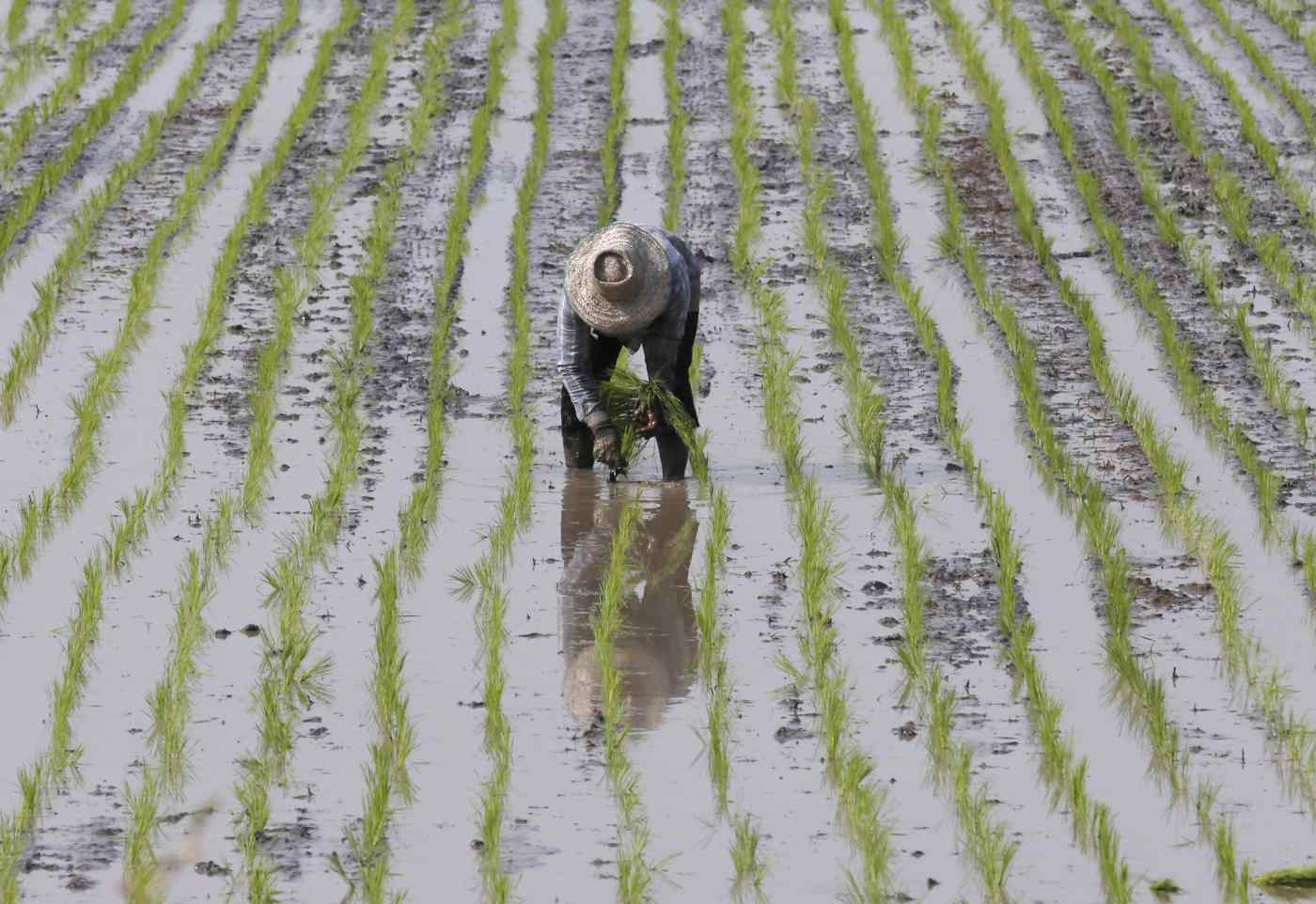 The Thai government has begun providing financial incentives for production of varieties other than the premium-grade fragrant rice that the country is famous for.   © Reuters
APORNRATH PHOONPHONGPHIPHAT, Nikkei staff writerAugust 14, 2018 14:38 JST | Thailand
CopyCopied

BANGKOK-- With production of its premium-grade fragrant rice declining, Thailand is looking to develop more varieties of the crop in order to compete with major exporters like Vietnam and India.

The Thai Rice Exporters Association has been trying to ecourage farmers to diversify the strains they grow by paying them above the market rate for a soft, middle-grade product, which is in high demand in China and other major Asian markets, according to Charoen Laothamatas, the association's president.

In the first year of the scheme, exporters anticipate having accumulated around 5,000 tons of middle-grade, long grain white rice, an inexpensive variety the association hopes will prove popular.

"This rice is not as fragrant, but it has the soft-texture favored by most clients in Asia. We expect it to help us grab a larger market share in the region in the long term," said Charoen.

The Thai government and the association predict that exports for 2018 matching the record high of 11 million tons marked last year due to strong global demand. But instability in production weighs heavily on the commodity's long-term prospects.

Production of premium-grade Thai white rice has fallen by 40% this year due to poor weather. The signature product helped the country claw its way out of the low-end market dominated by Vietnam and India, but can only be grown in a specific area in northeastern Thailand, making it particularly susceptible to climatic conditions.

The variety, called hom mali locally and jasmine rice elsewhere, is normally sold to upscale restaurants in China, Singapore, and Hong Kong, as well as Thai restaurants in Europe.

Total output of premium Thai rice is expected to fall to around 4 million tons from 6.1 million tons (in paddy base) in 2017, according to the association.

The decline has pushed the price of premium-grade rice to a record high of $1,200 a ton -- it would stand at about $800 a ton in a normal year. This has cut exports of fragrant rice by 20% so far this year, according to Charoen.

Mainland China's imports of the product have fallen by 35%, while Hong Kong's have dropped by 14%.

"With higher costs and an unfavourable exchange rate, we can't compete with Vietnam and India in selling common-grade white rice in the low-end market," said Charoen. "At the same time, [only] producing premium grade is not stable, we need to have more rice strains that meet diverse demand in order to retain market share."

Charoen pointed out that this is the first year in several decades that changes in the market and consumer appetite have forced both exporters and farmers to adapt.

"It might be a small number at this stage, but it is a good start and we expect to encourage farmers to produce other grades of rice to gain a bigger market share in the future, particularly in China and other traditional markets in Asia," added Charoen.