US and Australia team up against China's dominance in rare earths 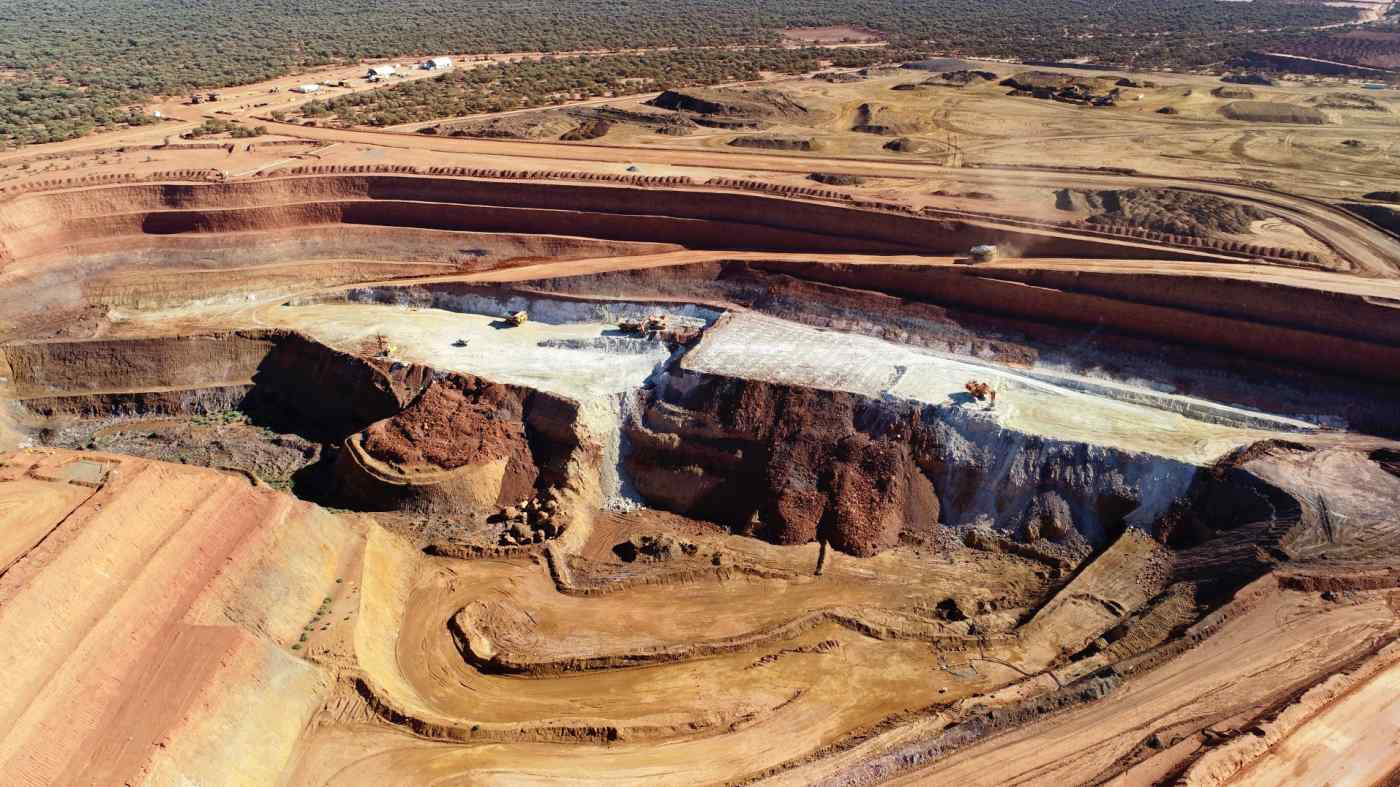 Lynas' rare earth mine at Mount Weld, Western Australia: These minerals are not as rare as advertised, but China has a near monopoly on processing and refining them.
FUMI MATSUMOTO, Nikkei staff writerJuly 28, 2019 12:00 JST | Australia, New Zealand, Pacific Islands
CopyCopied

SYDNEY -- An Australian rare-earth producer has enlisted an American partner to help it chip away at China's dominance in supplying minerals that are crucial to making smartphones, missiles, batteries for electric vehicles and a long list of high-tech products.

Lynas, the world's only major rare-earth producer outside China, has signed a deal with Texas-based Blue Line to set up a separation facility in the U.S. Operations could begin in 2021.

"In fact, the only heavy rare earth separating plants in the world are located in China," Lynas CEO Amanda Lacaze said in an interview with Nikkei. "But heavy rare earths are essential."

Japan is also expanding its cooperation with Lynas, thus creating a three-nation alliance in the sector that parallels the Asia-Pacific region's security landscape, where the U.S., Japan and Australia are allied to confront China's military expansion, an industry source noted.

China has used its rare-earth dominance as a weapon in previous trade disputes and has signaled that it could do so again in its current fight with the U.S 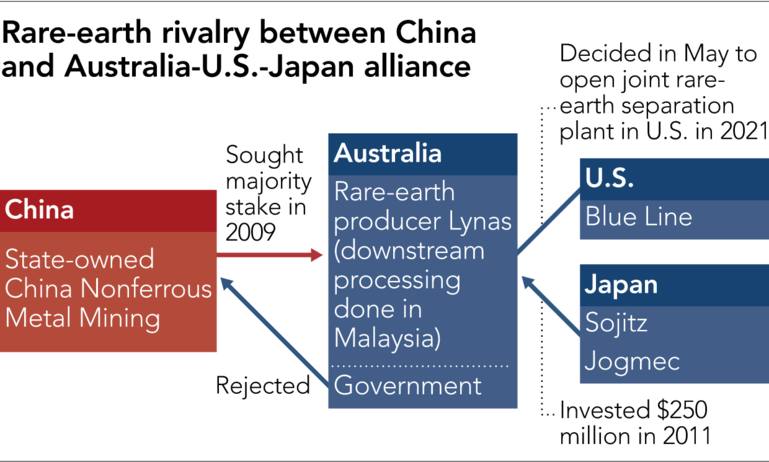 Rare earths, a group of 17 vital elements, are actually not so rare; they have been discovered in various parts of the world other than China, including Australia and Brazil. Mining operations do not pose a big problem, but this does not hold true for the processing needed to produce purified rare earth materials.

Chinese players account for 85% of the global production of high-purity rare-earth elements; Lynas produces the remaining 15%.

While Chinese companies carry out both the upstream and downstream processing in China, Lynas has been mining rare earths in Australia but processing them in Malaysia because of concerns about the radioactive waste that the process generates.

Lynas in May decided to alter this arrangement and teamed up with Blue Line to build a separation plant in the U.S. Unlike the company's plant in Malaysia, the Texas facility will be able to separate dysprosium, an element essential in the production of batteries for electric vehicles.

Dysprosium is especially difficult to extract, and its production has been left to Chinese companies. Lynas' move to build a separation facility in the U.S. will alter the global playing field.

The possibility of China blocking supplies of rare earths to the U.S. has prompted President Donald Trump and his administration to start expanding the country's cooperation with Australia.

The Oceania country was among the first to follow the U.S. lead and bar Huawei Technologies from providing equipment for fifth-generation wireless communications due to security concerns.

Now Washington and Canberra are closing ranks over rare earths and other key minerals. In December, the U.S. Geological Survey and Geoscience Australia signed a preliminary deal to support joint research and development of minerals deemed critical to the U.S. economy.

China once tried to acquire Lynas. In 2009, state-owned China Nonferrous Metal Mining sought to purchase a majority stake in the Australian company, an attempt foiled by the Australian government. Meanwhile, Lynas has been beefing up its relations with Japan as well. In 2010, supplies of Chinese rare earths to Japan came to a halt after Tokyo nationalized the Senkaku Islands, Okinawa Prefecture, angering China, which also claims the islands.

Hard-pressed for the vital minerals, Japan turned to Lynas. In 2011, Japanese trading house Sojitz and the Japan Oil, Gas and Metals National Corporation provided $250 million in capital and lending to help Lynas boost production. The Australian company promised to supply rare earths to Japan in a stable manner.

Lynas' Texas plant will not begin operating until 2021, which means China will be able to use its dominance of the sector to strike back against Trump's tariffs and moves to deprive Chinese companies of the technology they need to survive.

Since May, when Chinese President Xi Jinping made an inspection tour of a key rare-earth production center, prices of dysprosium and other key rare-earth elements have climbed.

"China is using its dominance in rare earths to effectively pressure the world's major consumers," said Hikaru Hiranuma, a research fellow at the Tokyo Foundation for Policy Research.

For decades, China has been tightening its grip on the global rare earth market. It has received help from major consumer countries with rare earth mines. These countries send ores mined at home to separation facilities in China that can purify the materials for industrial use.

Since China has been one of the few countries willing to tolerate the industry's radioactive and environmental hazards, it has come to dominate refining and transforming rare-earth ores into valuable metals, magnetic powders and other high-value products. As a result, Beijing has gained a weapon in its trade battle with the U.S.

In a related move, Northern Minerals, another Australian company involved in rare earths, is considering a change in its traditional approach of exporting its rare-earth ores to China for processing. It is now weighing a plan to build a new separation plant in Australia.