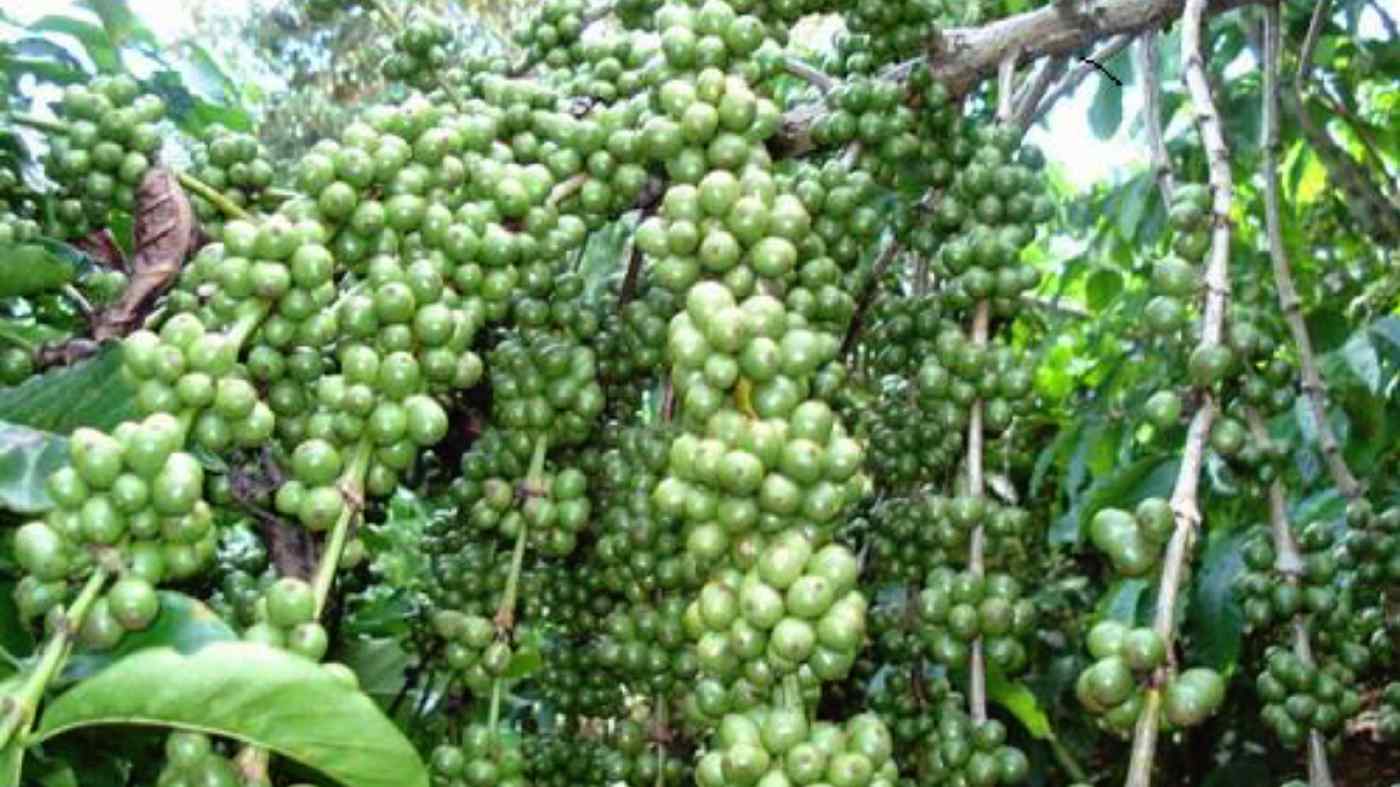 TOKYO -- With more people working at home during the COVID-19 pandemic, consumption of instant coffee is perking up in Japan while that of pricey brews goes cold.

That, in turn, is driving up demand for robusta coffee beans, which are mainly used to make instant coffee. Sales of the higher-quality arabica beans favored by coffee shops have fallen. The trend has made Vietnam, the world's biggest producer of robusta, Japan's top supplier of coffee beans and relegated Brazil to second place.

London prices for Robusta coffee have surged to near 18-month highs, while arabica prices have been mostly weak. Robusta futures for September delivery are trading around $1,480 per metric ton in London, up 9% since the start of the year, after hitting $1,554 in early September. In New York, arabica futures are changing hands for around $1.20 a pound, down 5% over the same period.

The pandemic has radically shifted coffee consumption toward the home. While prices of both varieties started rising in early summer as the spread of novel coronavirus slowed, they later diverged.

Japan's state of emergency, declared in April, shuttered cafes and restaurants across the country, forcing Starbucks Coffee Japan to halt business at some 1,100 outlets. The closures dealt a heavy blow to demand for arabica beans. 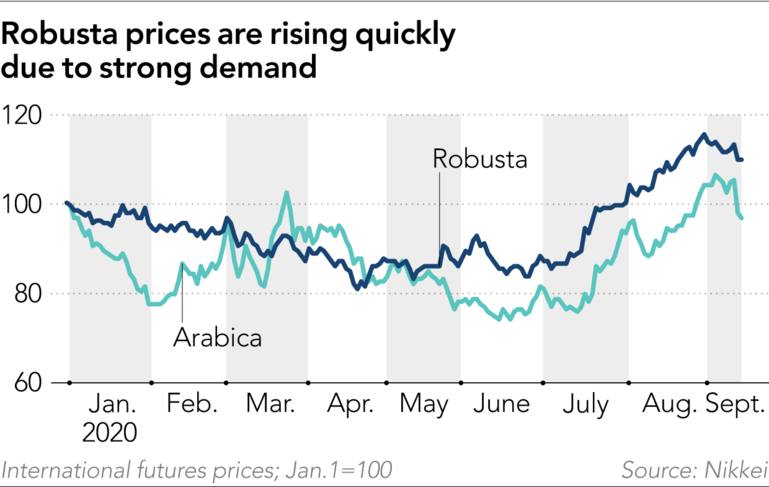 Of these two most popular varieties of coffee bean, arabica is widely considered superior for its aroma, taste and overall quality. It is used by most cafes and restaurants.

"Even after the state of emergency was lifted, customer traffic [at cafes and restaurants] has not fully recovered, keeping demand for arabica weak," said Masaomi Arakawa, who heads the coffee business at S. Ishimitsu & Co., a Kobe-based distributor.

Changes in consumption patterns have also affected Japan's imports of unroasted coffee beans. Vietnam was the top seller of unroasted beans to Japan for the first seven months of the year, according to trade data. A total of 67,392 tons of unroasted beans were imported from the Southeast Asian country during the period, up 26% on the year.

Meanwhile, imports from Brazil, mostly arabica beans, plunged 40% during the period to 63,850 tons. Imports from Vietnam outpaced those from Brazil, long the No. 1 supplier, for the first time. Vietnam is on track to top Brazil for the entire year, said Shiro Ozawa, an adviser with Tokyo-based specialty coffee trader Wataru & Co. "This is a historic moment." Vietnam's rising output of robusta coffee beans has made it Japan's top supplier of coffee in recent months. It is on track to overtake Brazil for the full year for the first time ever.   © Reuters

Robusta beans are less susceptible to damage from pests and disease than the arabica variety. In addition to being more resilient than arabica plants, robusta plants can also be grown at lower altitudes. These factors have pushed up robusta's share of global production in recent years. Over the past four decades, robusta's share of global production has doubled from 20% to 40%, while that of arabica has declined from 80% to 60%, according to Wataru and Co.'s Ozawa.

But robusta prices are likely to dip before long. The growth of robusta production has led to a glut in the coffee bean market.

World coffee production for the 2020-2021 season is forecast to rise 5.5% from the previous year to 176.085 million bags (a bag is 60 kg), according to the U.S. Department of Agriculture. By contrast, consumption is expected to total 166.284 million bags, up 1.4% on the year. If the forecast is correct, production will outpace consumption for the third straight year.

"There will be a glut in the market for the next year or two," said Kazuyuki Kajiwara, general manager at the beverage department of Marubeni, a trading house. "If prices decline and remain low, some coffee farmers will stop production," especially those growing high-cost arabica beans, Kajiwara said.