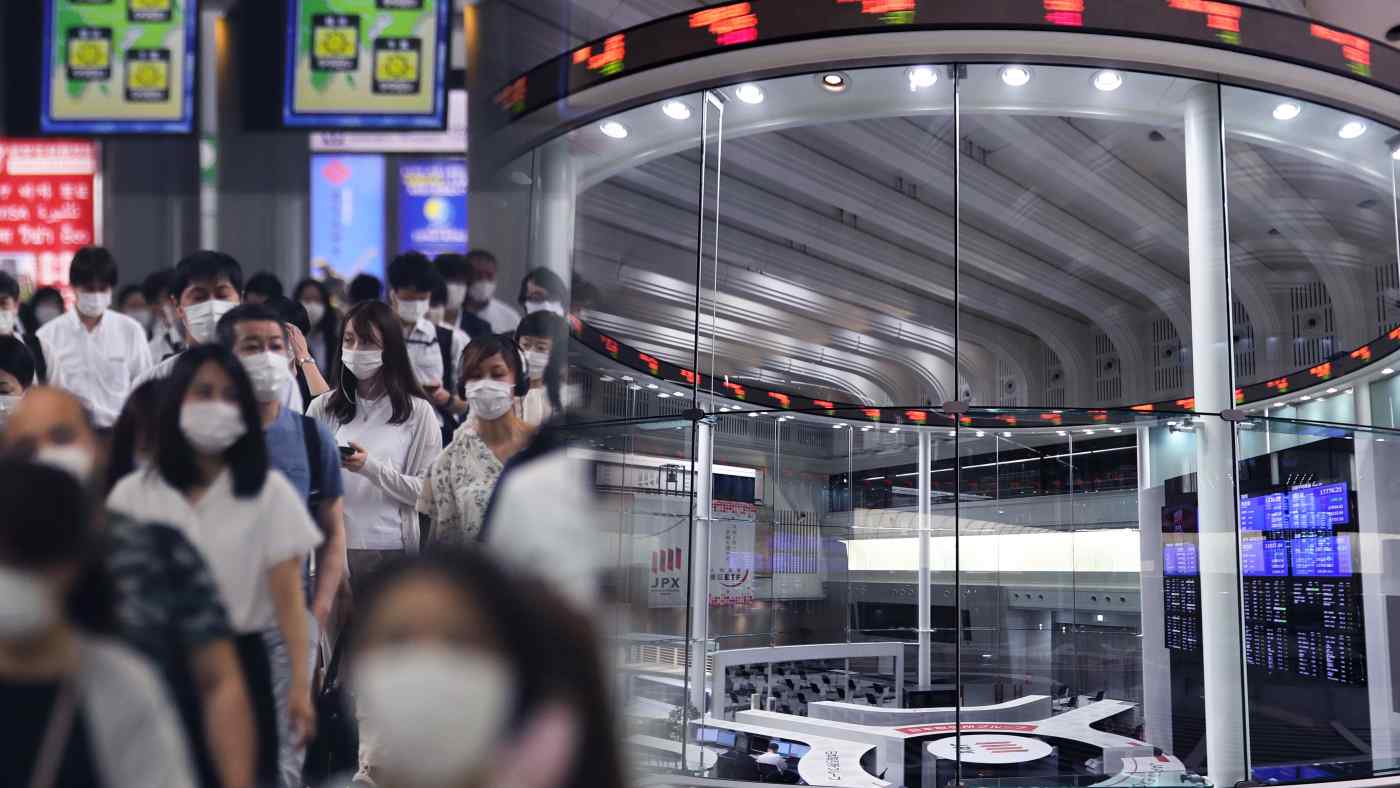 TOKYO -- Japanese companies have placed corporate deal-making on the backburner as a result of the coronavirus, with the total transaction value of mergers and acquisitions sinking 63% to 2.2 trillion yen ($20 billion) in the six months to June, the lowest since 2002.

Overseas acquisitions especially took a hit, declining 76% to 1 trillion yen compared with the same period a year ago, while domestic deals dropped 30%, according to Tokyo-based research company Recof.

"Companies sense a crisis and are worried about not having enough cash," said Ritsuko Nonomiya, managing director at global M&A advisory GCA Advisors.

The pandemic has forced companies to hit the brakes on investments and reexamine supply chains as well as business strategies. Institutional investors are also urging companies to protect their employees and balance sheets, rather than demanding more investments or dividends. Some have even relaxed their voting rights in light of the crisis.

"We're in an environment that makes it hard to make big investment decisions," added Nonomiya. "Many are taking a 'wait-and-see' approach." 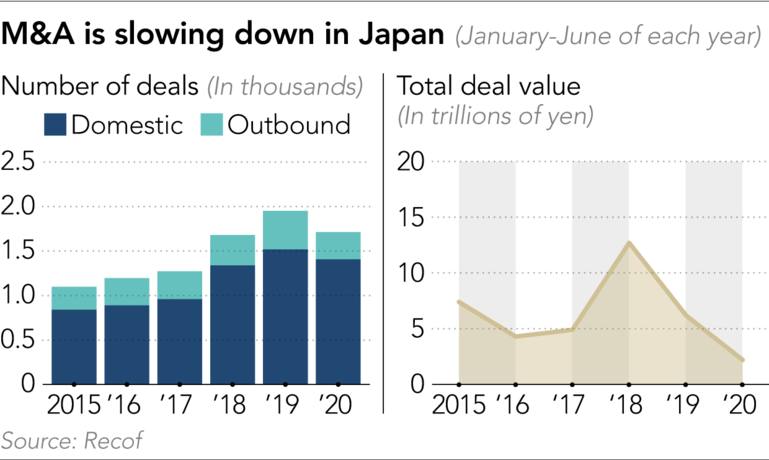 Transaction values for overseas deals plummeted in all major regions.

Yuki Oi, attorney at law firm Nishimura & Asahi, noted that "teleworking caused existing M&A deals to be put on hold." "It's hard to carry out due diligence online," he said.

Along with Europe, outbound M&As into North America also fell 75% by value and were down 46% for Asia.

"Sellers obviously do not want to lower the target price," notes Nonomiya. "But the coronavirus has made it difficult for companies to determine whether the impacts are temporary or long-lasting," she explains. "It's hard for sellers and buyers to match desired outcomes."

Shinichi Imai at Nihon M&A Center, Japan's largest independent M&A firm, agrees: "Price negotiations are based on past performance and future forecast. However, predictions are difficult to make right now and even if they are made, they are not 100% reliable."

The slowdown in M&As was also driven by volatile capital markets, as stock markets were sent into a tailspin as investor fears grew over the fast-spreading coronavirus.

In just one month Japan's benchmark Nikkei Stock Average fell nearly 7,000 points, or 30%, bottoming out in mid-March. The index has recovered somewhat on the back of central banks' monetary easing but has yet to recover to pre-virus levels.

The number of deals struck by Japan Inc. also fell sharply compared to a year ago. Overseas acquisitions decreased 29% to 307, the first decline in seven years. Meanwhile, domestic deals dropped 7% to 1,406.

Although the pandemic has grounded corporate deal-making, some point out that Japanese companies have not completely lost their appetite for acquisitions. A survey by BIZIT, operator of online investment matching platform Bizit M&A, revealed that 81% of Japanese companies using the platform are still considering M&As.

"Companies on both sides are still motivated," BIZIT said. "Once our way of living adjusts to the coronavirus and there's a little more freedom to travel, cross-border M&As will likely pick up again."

However, Nihon M&A Center's Imai noted that "If second- or third-wave infections pop up and global economic activity is halted again, that will obviously make it difficult for M&As to resume."

Currently, Japan is seeing another spike in COVID-19 infections, with new cases in Tokyo topping 100 on Thursday. The capital confirmed 124 new cases on Friday, which is the highest since the country lifted the state of emergency on May 25.

COVID-19 cases are also increasing in the U.S., leading to the reimposition of restrictions in some locales. On Thursday, the country reported more than 55,200 new cases, setting the largest single-day total since the start of the pandemic.