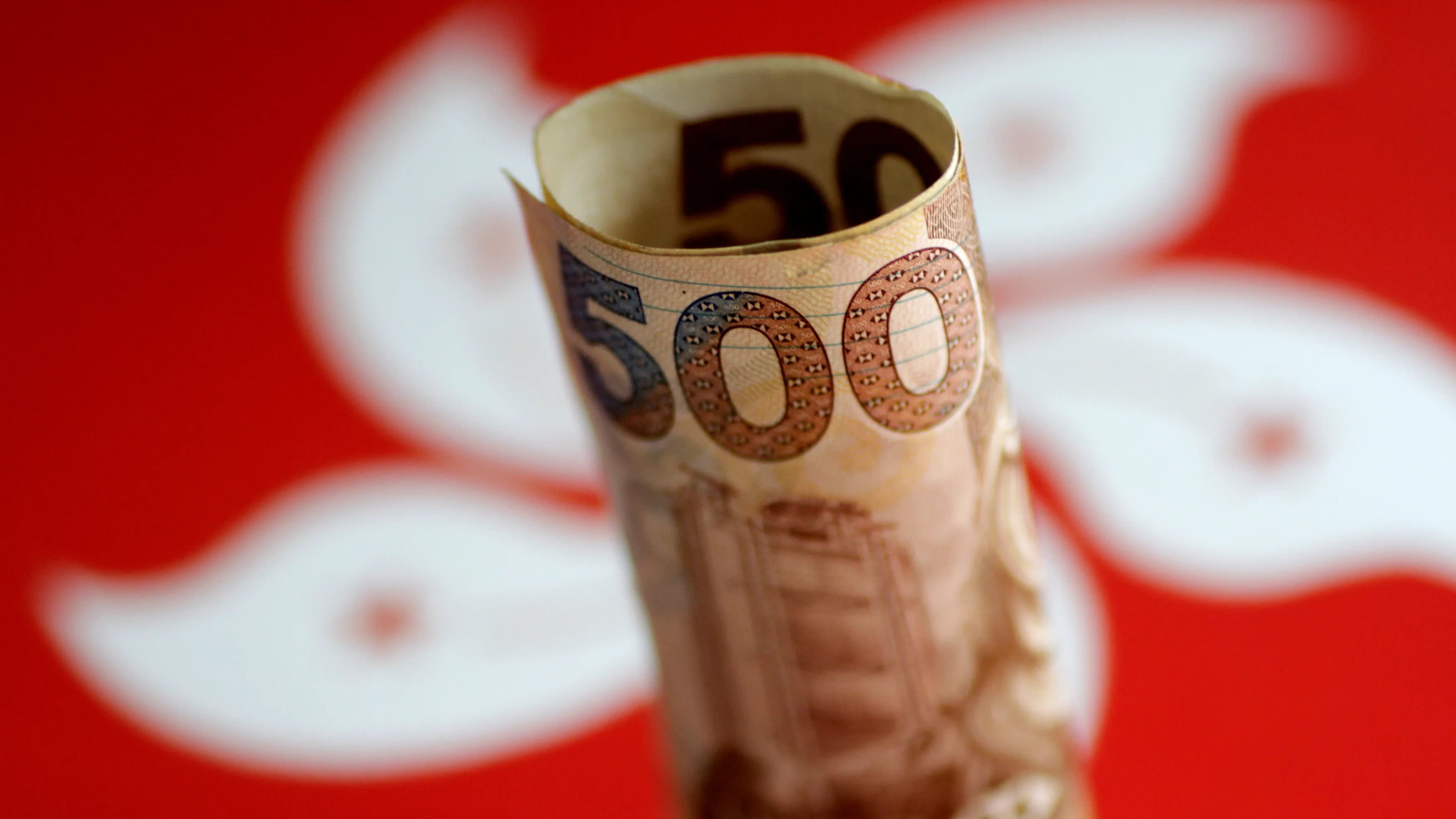 The HK dollar peg has held its ground despite concerns about capital outflows and bets by traders.   © Reuters

HONG KONG -- The architect of the Hong Kong dollar peg has said that the currency's resilience in the past six months amid anti-government protests vindicates the merits of the exchange rate system and expects it to last for many years to come.

The so-called linked exchange rate system, in which the local currency is pegged to the U.S. dollar, has inbuilt corrective measures to counter capital outflows, as tightness in the market and a corresponding increase in interest rates immediately attracts short-term flows, said John Greenwood, chief economist at fund manager Invesco and the person who proposed the system in 1983, at a media briefing in Hong Kong.

"The linked exchange rate system of the Hong Kong dollar is one of the strongest fixed exchange rate mechanisms in the world," Greenwood said. "It is just like the gold standard or the silver standard. The Hong Kong system has already lasted 36 years and it can last another 36 years."

The peg has held its ground despite concerns about capital outflows and bets by traders, such as Hayman Capital Management's Kyle Bass and Crescat Capital's Kevin Smith, that the unrest would spur capital flight, drive up interest rates and bring about the demise of the currency policy. The Hong Kong Monetary Authority and the government have reiterated that the peg is here to stay.

The peg has become a widely discussed topic during times of economic stress, with several fund managers betting on its demise over the years, only to retreat. Hedge fund manager Crispin Odey wagered against the peg for over two years before giving up in 2018. Investor and philanthropist George Soros attempted and failed to break the peg during the Asian financial crisis in 1998, while hedge fund manager Bill Ackman's bet on an appreciation of the Hong Kong dollar in 2011 also met a similar fate.

The peg was introduced in 1983 to stop a rapid fall of the then free-floating currency, as the U.K., which then ruled the territory, discussed the city's future with China. It is backed by foreign exchange reserves held in a currency board managed by the HKMA, which acts as a de facto central bank for the city but does not deal with monetary policy.

The HKMA has a mandate to buy up Hong Kong dollars for U.S. dollars when outflows push the exchange rate to the trading band's weaker limit of HK$7.85 per U.S. dollar. The HKMA last stepped in to prop up the currency in April. Since then the currency has only strengthened even though anti-government protests turned increasingly violent.

Another data point, which HKMA uses to showcase the strength of the peg, is the stable aggregate balance, which is the balance in the clearing accounts maintained by the banks with the HKMA for settling interbank payments and payments between banks and the monetary authority.

"HKMA has not been called upon to buy Hong Kong dollars at the weak-side Convertibility Undertaking since April this year, and the Aggregate Balance has remained stable at about HK$54 billion since then," Howard Lee, the deputy chief executive of the monetary authority, said in a statement on Dec. 30.

Greenwood said Hong Kong would not be able to move the peg to the Chinese yuan as that currency is not freely convertible, nor were shifting to the Japanese yen or the pound sterling feasible given that the U.S. dollar dominates capital flows in Asia.

He said he was convinced that the peg against the greenback "will continue to be the best solution for Hong Kong."