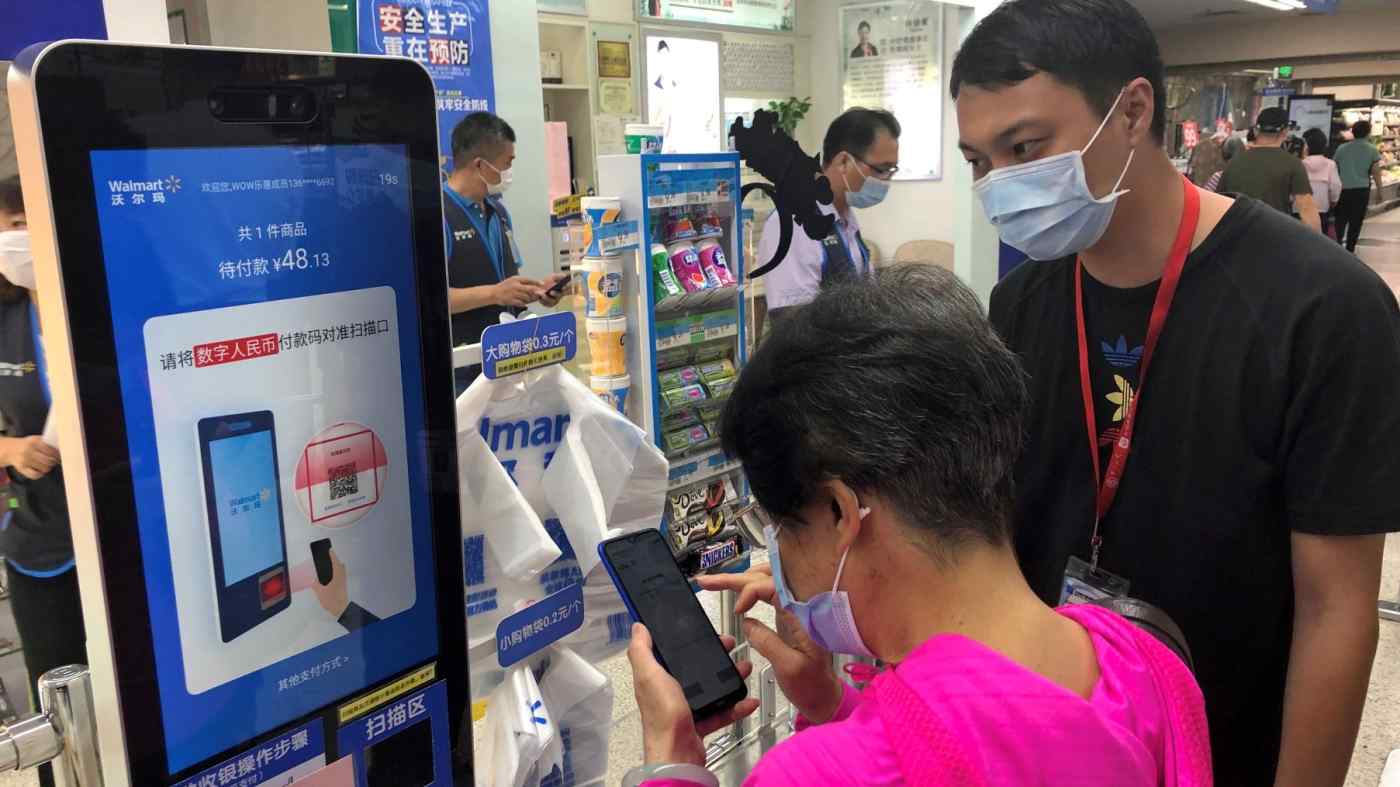 A woman tries to pay with digital yuan at a Walmart in Shenzhen. Nearly 50,000 people took part in a trial for the currency in mid-October.
IORI KAWATE and YUTA SAITO, Nikkei staff writersOctober 26, 2020 04:47 JST | China
CopyCopied

BEIJING/TOKYO -- From real-life trials to a proposed legal change, China has ramped up preparations for issuing a new digital currency ahead of the world's other big economies.

The People's Bank of China will be testing the digital yuan in 28 cities, including major metropolitan areas such as Beijing, Tianjin, Shanghai, Guangzhou and Chongqing, and is working on new features like easy transfers and better security. But the developments have raised alarms in the U.S., Europe and Japan that Beijing could become the dominant force behind the technologies and frameworks involved in digital currencies.