Currency pilot program to launch in Suzhou as JD.com jumps on board 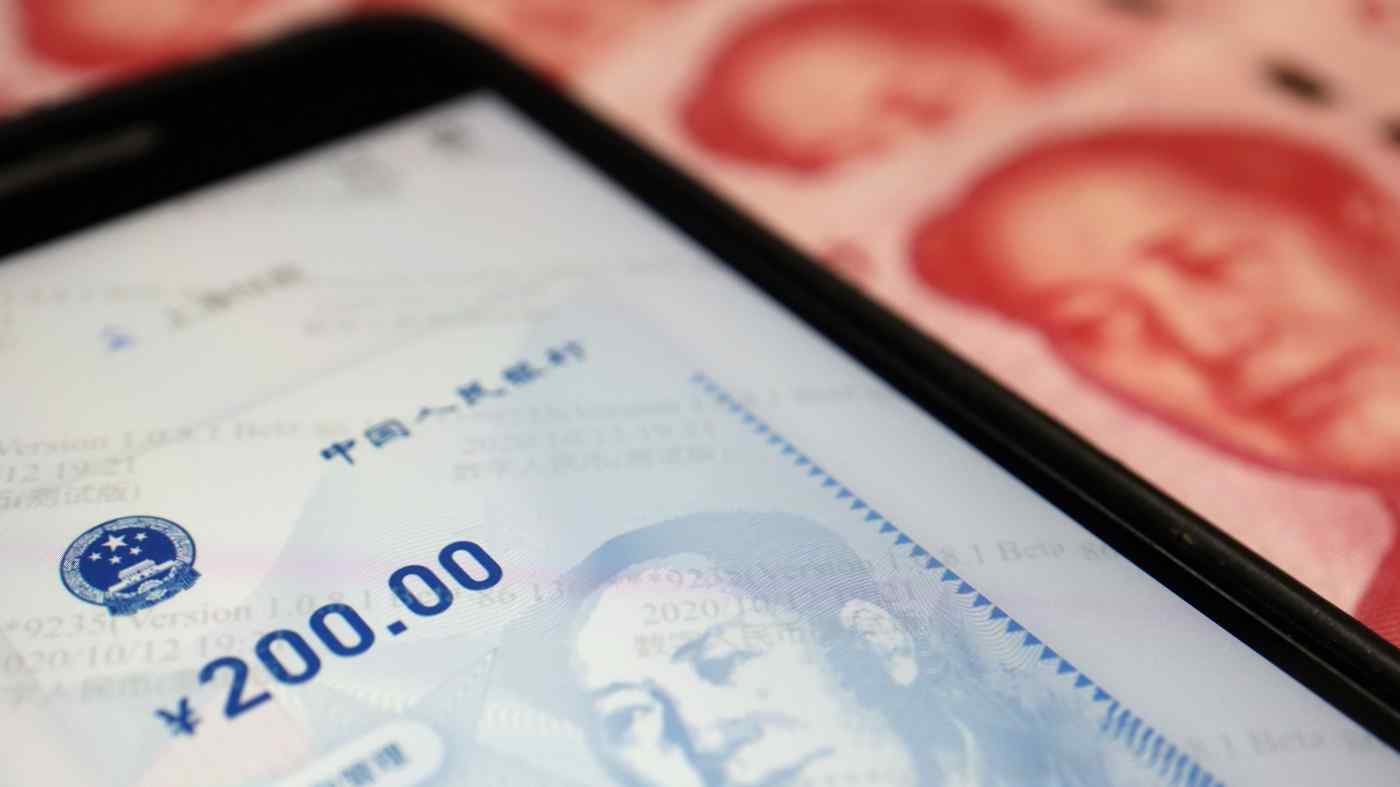 BEIJING -- China will expand trials of its digital yuan Friday evening with a feature letting individuals send money to each other by just touching their smartphones together, broadening use of the new currency beyond physical stores.

Up to 1,000 people in Suzhou will participate in a test of the new function -- which can be used even without an internet connection -- alongside a digital yuan "lottery" in the city. The goal is to make sending electronic money feel like having physical cash change hands. Huawei Technologies has rolled out phones that support the feature.

A successful test would bring China a step closer to its goal of a full-fledged launch by the time the Winter Olympics are held here in February 2022.

In the Suzhou pilot program, 100,000 people will be chosen to receive 200 yuan ($31) each, which can be used to buy products at stores in the city. The currency may also be used on e-retailer JD.com, which will become the first online platform to accept it.

The trial is timed to see whether the platform can handle digital yuan payments without a hitch under heavy stress. Online retailers offer steep discounts on Dec. 12 -- a shopping event known as "Double 12" -- and usually see a flood of orders right when the day begins at midnight.

Tests are also moving along in other cities. In Chengdu, people invited by employees at major banks are allowed to download a wallet app that can freely convert cash into digital yuan. The electronic currency can be spent at local supermarkets and other stores, and used to pay bills for smartphone service. "In the event that the PBoC would like to explore the use of [digital currency and electronic payments] in places outside of the mainland, including Hong Kong, the government and the HKMA will actively respond and collaborate," wrote Christopher Hui Ching-yu, Hong Kong's secretary for financial services and the Treasury, in October.

The first digital yuan pilot involving the general public launched in Shenzhen in mid-October. More than 47,500 people received 200 yuan each, usable at restaurants and stores. After testing such applications as person-to-person transfers, online retail, and taxes and utilities, China's central bank aims for a full rollout by the 2022 Olympics.

Shenzhen, Suzhou, Chengdu and Xiong'an, along with Olympics venues, were picked for the first round of tests. The plan is to run trials in 28 areas, including Beijing, Tianjin, Shanghai, Guangzhou and Chongqing, covering the country's largest cities.

In addition to the tests, China has also been laying legal groundwork for the system. Draft legislation to make the digital yuan legal tender was released in October.

And China filed for 130 patents tied to the digital yuan by April 2020, according to Sun Lijian, professor of finance at Fudan University in Shanghai. "They cover the entire process, from issuance and circulation to related apps," Sun said.