China moves to rein in yuan rally as exports weaken 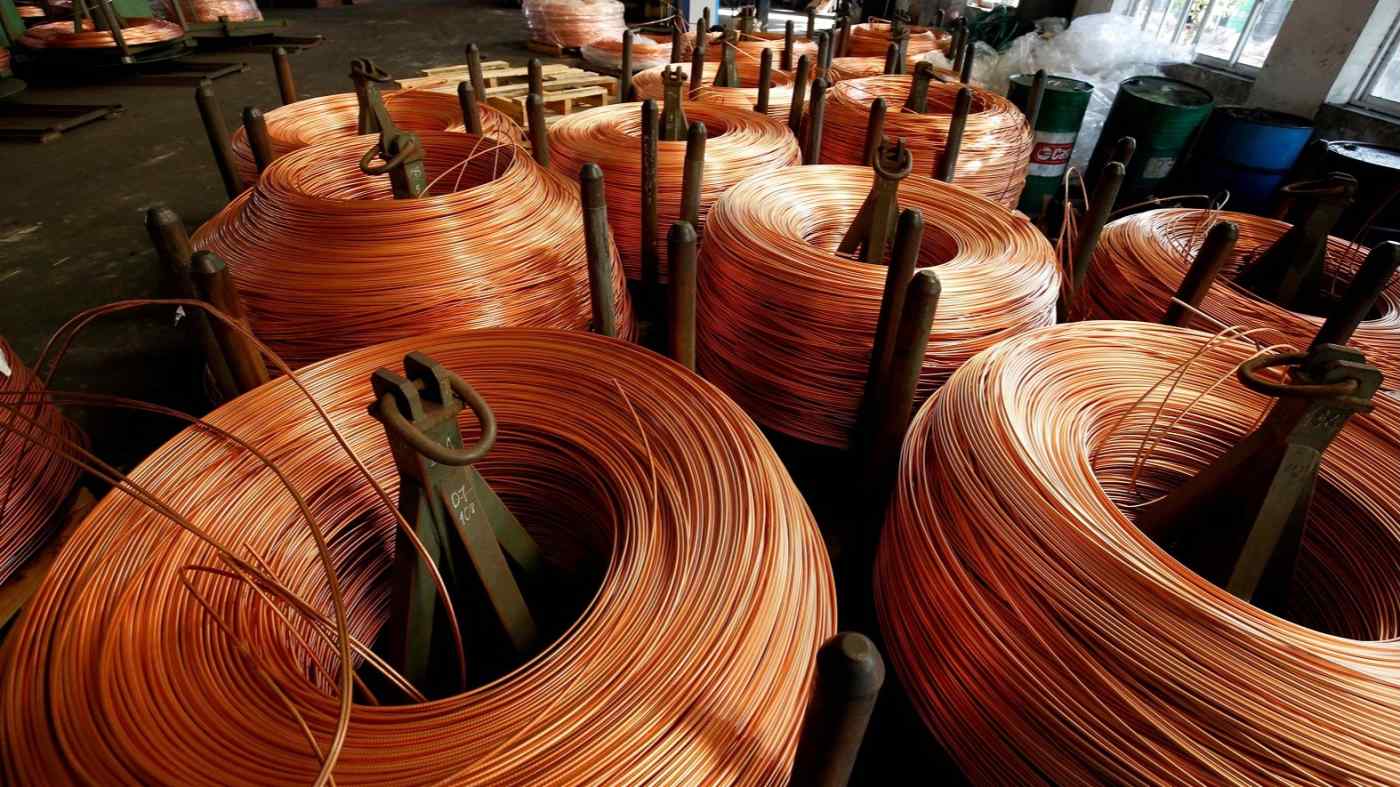 BEIJING -- China has begun moving to curb the yuan's post-coronavirus rally as upward pressure on the currency starts to cut into exports, a crucial engine of economic growth.

The People's Bank of China said Monday it will raise the share of foreign-currency deposits that banks with branches in the country must set aside in reserve from 5% to 7% as of June 15. This marks the first increase in the foreign-exchange reserve requirement since 2007.

The move represents a departure from the central bank's wait-and-see stance on the currency, in a sign that Beijing sees the disadvantages of a strong yuan starting to outweigh the benefits of a degree of insulation from rising commodity prices.

China's foreign-currency deposits totaled roughly $1 trillion at the end of April, according to the PBOC, meaning that another $20 billion would need to be set aside. The move is intended to drain liquidity from that market, boosting yields and giving investors less of an incentive to sell foreign currencies to buy yuan.

The policy change was announced shortly after the yuan touched a three-year high in the 6.35 range against the dollar Monday evening. The currency proceeded to weaken 0.3% in three hours.

The currency had rallied 13% in the year since its most recent low in May 2020, as China's relatively speedy return to economic normality after the coronavirus outbreak boosted bond yields relative to other economies. Net capital inflows reached a seven-year high in the first quarter of 2021. 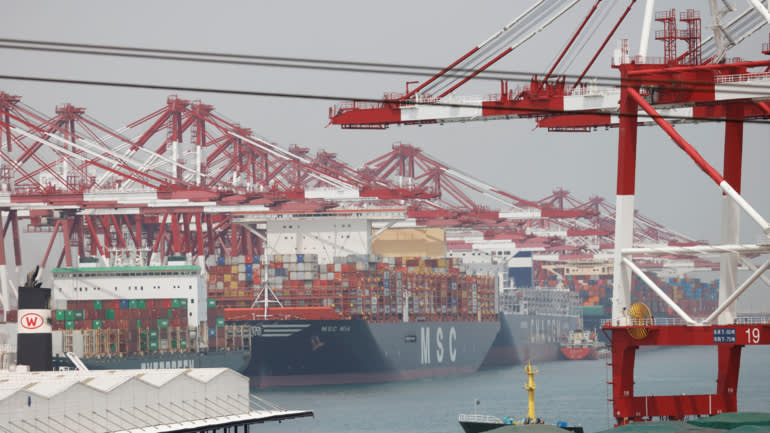 A stronger yuan has weighed on demand for exports, a major driver of China's economic growth.   © Reuters

The PBOC had insisted on standing pat despite the rally. Just a week before the policy change, on May 23, Deputy Gov. Liu Guoqiang said the bank would keep the exchange rate "basically stable at a reasonable and balanced level."

Official manufacturing purchasing managers' index data for May released Monday showed both prices for raw materials and producer prices on the rise. But the former rose much more rapidly, leading to the widest gap between the two indicators in comparable data going back to 2016 and suggesting that costs are rising faster than manufacturers' ability to pass them on to customers.

"There are large negative impacts, such as pressure on profits, for small businesses, for which price competition is especially intense," said Yoshino Tamai of Japan's Mizuho Research & Technologies.

The State Council, China's top administrative authority, said last week it would not tolerate hoarding or price-gouging by large companies.

The central bank's change in approach this week was spurred by signs that a stronger yuan is starting to affect exports. In the May PMI data, the index for new export orders dipped below the boom-or-bust line of 50.

Exports are a key component of the "dual circulation" strategy in China's latest five-year plan, which calls for cultivating domestic demand while also remaining economically engaged overseas. A slump in the latter category could hamstring efforts to establish this new economic framework.

Whether the PBOC's move will actually constrain the yuan's appreciation remains unclear. The currency remained elevated Monday at around 6.36 to 6.38 against the dollar.

"The upward pressure on the yuan won't weaken unless the U.S. starts to taper quantitative easing and the gap between U.S. and Chinese interest rates narrows," said Takamoto Suzuki at Japanese trading house Marubeni's Chinese arm.

But the fact that the PBOC is moving to counter the rally may be meaningful in and of itself.

If the yuan continues to appreciate, it could break the threshold of 6.25 to the dollar for the first time since August 2015, when the central bank unexpectedly devalued the currency.

The bank has recently placed more emphasis on allowing market forces to move the yuan as part of its efforts to internationalize the currency. What it will do if the yuan rises to uncomfortable levels again remains to be seen.