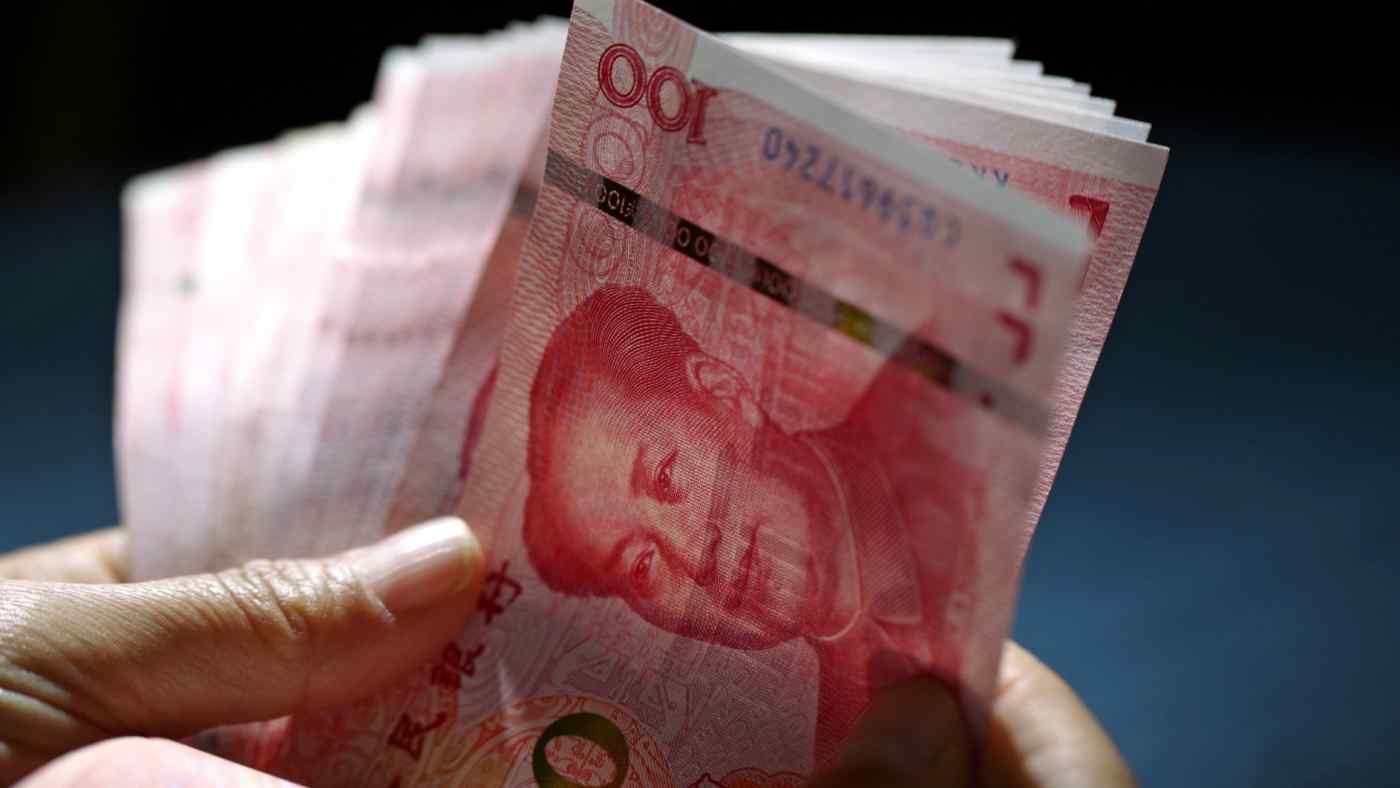 The Chinese yuan has appreciated by about 7% since May. (Photo by Yusuke Hinata)
YUSHO CHO, Nikkei staff writerOctober 29, 2020 02:23 JST | China
CopyCopied

SHANGHAI -- China has updated the way it calculates its daily reference rate for the yuan in an effort to curb the currency's rapid appreciation over the past few months.

Investors have been pouring money into China to take advantage of its relatively high interest rates compared with the U.S. By tamping down the resulting appreciation of the yuan, China seeks to cushion the impact on the economy.

The People's Bank of China calculates the reference rate every morning based on quotes submitted by about a dozen major banks, which take into account exchange rates since the previous close and the counter-cyclical factor -- a mechanism that keeps the yuan from depreciating too quickly.

Certain banks are now voluntarily putting less weight on the counter-cyclical factor, China Foreign Exchange Trade System, a body under the central bank, said on its website on Tuesday.

State-owned banks dominate China's financial sector. Although characterized as a voluntary change, many believe the shift reflects what authorities want. The yuan is more likely to weaken if counter-cyclical factors are not taken into account.

The yuan weakened to an offshore rate of nearly 7.2 to the U.S. dollar in May. Since then, it has strengthened by roughly 7% to about 6.7 yuan to the dollar, amid indications that the Chinese economy is recovering from the coronavirus ahead of the rest of the world.

China has eased regulations to encourage capital inflows. Yet the rapid appreciation of the yuan could squeeze exports. The PBOC on Oct. 12 lowered the reserve requirement ratio for financial institutions conducting foreign exchange trading to zero, in an attempt to encourage selling of the yuan, but the move had only a temporary effect on the yuan rate.