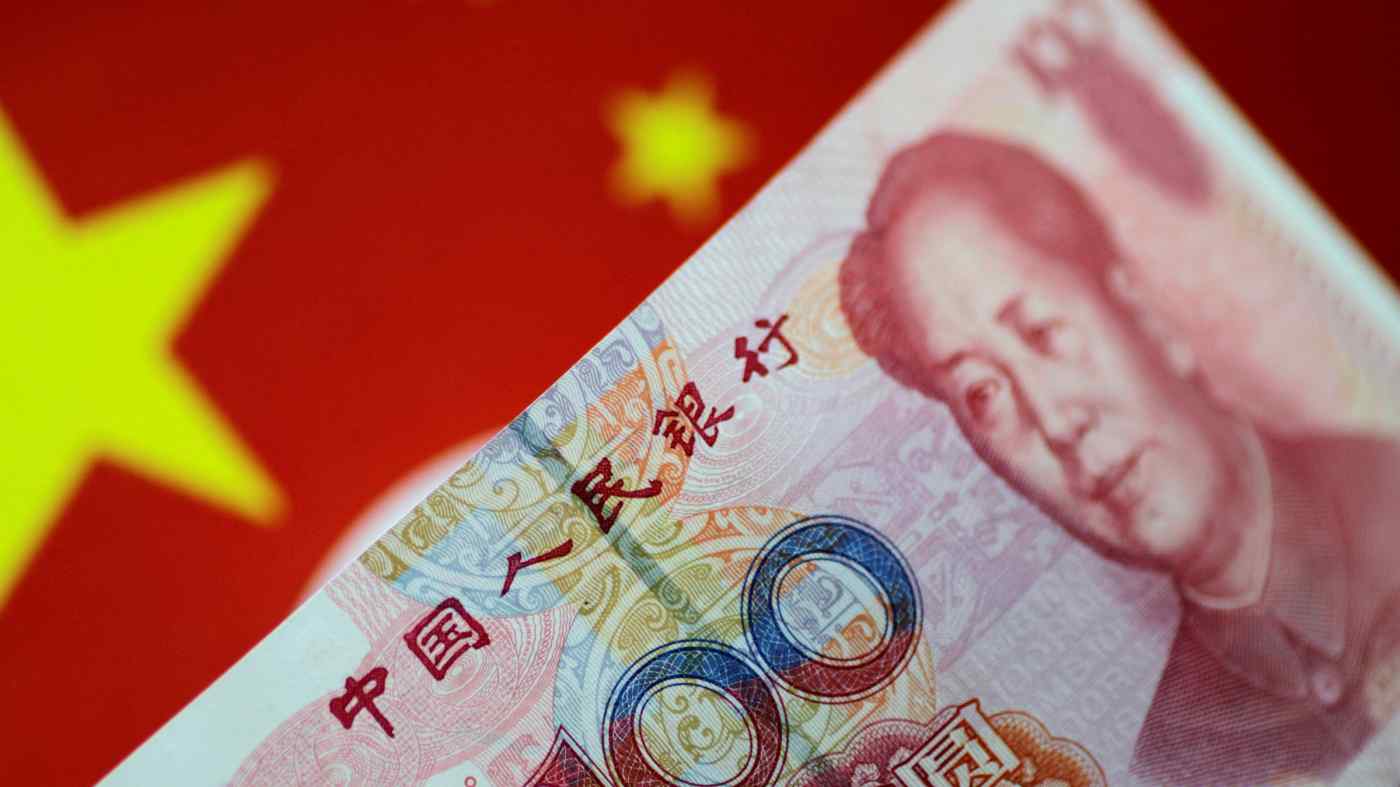 The yuan or renminbi (RMB) has been struggling, like most currencies in the face of a strengthening dollar. South Korea's won and Japan's yen have also been under significant pressure.

The yuan has not been helped by fears about the health of China's economy, and while it has remained largely stable against most peers, market participants had thought Chinese authorities were loath to see it weaken past 7 yuan per dollar.

The onshore unit also fell, but stayed on the stronger side of 7 at 6.9998 per dollar.

The onshore spot yuan can trade in a 2% range around the midpoint set by the People's Bank of China in the daily fix.

Traders told Reuters they would be closely watching Friday's fixing to see whether the central bank would allow some weakness in the onshore yuan or forcefully defend the key level.

"The PBoC's defensive tactics toward the exchange rate -- in an effort to keep the depreciation orderly -- have in fact worked," said analysts at BMO in a note.

"Without those tactics, rate differentials, recent trade-related developments, and the likely net flow of capital would have probably led to a mini-speculative run on the RMB. What we have instead is an orderly break of the 7.00 level," they added.

Earlier in the day, the yuan had drawn some support from a pause in the central bank's monetary easing efforts.

"The PBOC has demonstrated its stance to defend the RMB exchange rate from breaking above 7 handle shortly and a rate cut will contradict such objective," Ken Cheung, chief Asian FX strategist at Mizuho Bank, said in a note.

The Chinese central bank's surprise cuts to key interest rates in August accelerated the yuan's declines, taking it to two-year lows with a loss of more than 3% in a month.

Investors will shift their attention to August activity indicators due on Friday to gauge the health of the world's second-largest economy.

China's yuan is not the only currency struggling in the face of the strong dollar, which continued to rise this week on increased bets that the Federal Reserve has more work to do in its aggressive tightening streak to curb inflation.

The Bank of Japan on Wednesday conducted a rate check with banks on Wednesday in apparent preparation to step in to tame sharp yen falls.

Meanwhile South Korea's foreign exchange authority was seen selling dollars to curb the fall in the won after the currency hit its lowest in nearly 13-1/2 years, multiple dealers told Reuters on Thursday.