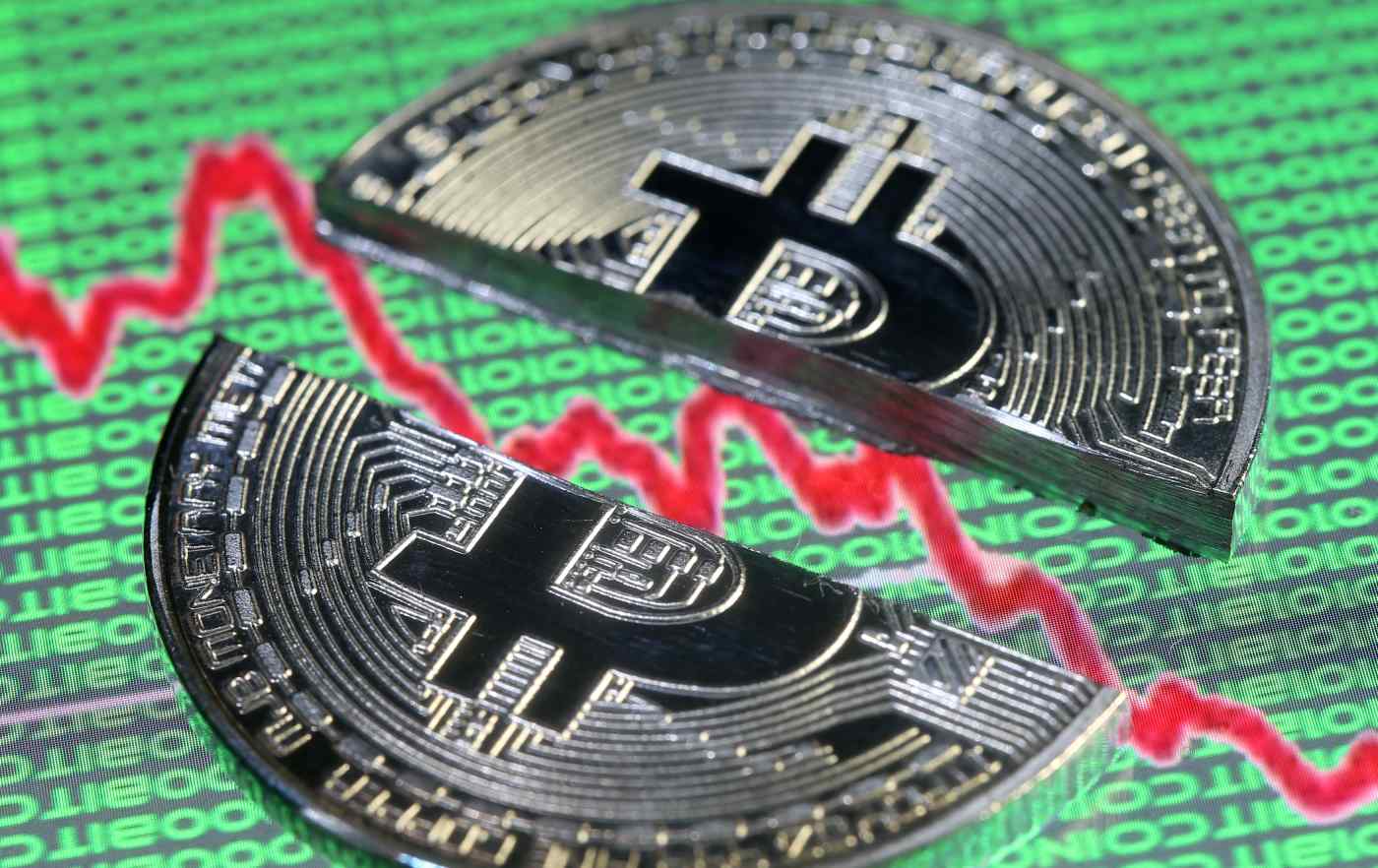 TOKYO -- Cryptocurrencies have not escaped the global market turmoil.

The price of bitcoin, the most widely known and traded cryptocurrency, on Tuesday in Asia fell to $5,947, down 14% from the previous day and hitting a three-month low.

In mid-December, the cryptocoin was at $19,783, a historical high. It has since lost two-thirds of its value.

This week's massive selling comes as investors seek to cover losses incurred on their stock and other holdings. It also follows the blow that the cryptoworld suffered last month when Coincheck, a big Japanese exchange, got hacked. The heist of 58 billion yen ($530 million) reminded investors of the fragility of these intangible assets.

Bitcoin is not the only cryptocurrency in distress. Ethereum on Tuesday tumbled 30% to $574, a two-month low. Litecoin lost nearly 30% to $107, according to CoinDesk.com, which provides benchmark prices for the main cryptocurrencies.

Trading in this realm had enjoyed explosive growth, partly because buyers believed cryptocurrencies to be free of economic fundamentals -- a trait thought to have been bestowed on them because they are not issued by nation-states.

If this was true before, it no longer is.

Looking back, the Coincheck hack -- the thieves made off with 58 billion yen in NEM coins -- was a turning point.

Investors remain spooked. Even Japanese regulators seem on edge. Not only have they ordered Coincheck to report on the matter by Feb. 13, they raided the exchange's offices last week. There is talk that Coincheck failed to properly safeguard itself from hackers.

In another twist, Reuters reported today that the South Korean intelligence agency has told the country's lawmakers that North Korea likely played a part in the Coincheck heist.

Cryptocurrency prices had been trending down since early January, when some traders began dismissing digital currencies as credible assets. This was a reaction to the U.S. Securities and Exchange Commission's decision to block the listing of bitcoin exchange traded funds, a ruling that made it more difficult for investors to lay their hands on the asset.

With the crypto market already anxiety-ridden, the stock crash that began on Friday in New York has pushed prices off a cliff. Many retail and institutional investors sold their digital holdings to cover losses suffered in other financial markets, traders say. This has had a correlating effect on prices. 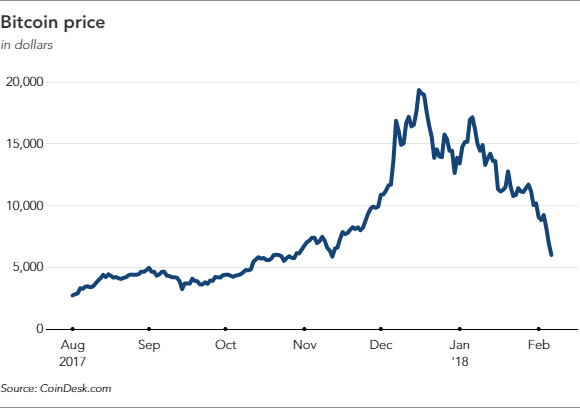 Elsewhere in the cryptoverse, there is talk that the issuer of Tether, digital coins which are traded 1 to 1 for dollars, lacks sufficient dollar reserves.

Because of Tether's dollar peg, "credibility concerns could spread to the rest of the cryptocurrency market," analyst Tetsuyuki Oishi said.

According to coinmarketcap.com, the total market capitalization of all cryptocurrencies earlier today was $289 billion, down over 60% from the all-time high of $814 billion on Jan. 8.

Shares of Ceres, which invests in a variety of cryptocurrency businesses, were down 16% today. Fisco and SBI Holdings were also well into negative territory.

Shenzhen Ysstech Info-tech and Global Infotech -- both of which work with blockchain technology, the key innovation behind cryptocurrencies -- today fell 9% in Shenzhen.